What is the lifetime of 'the true father of space development' that was erased too much by the occult and deleted from history? 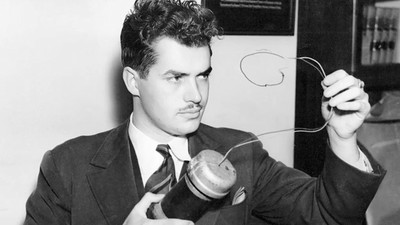 Robert Goddard , Konstantin Tziolkovsky , Werner von Braun are often mentioned as a person who can not be removed in talking about the history of aerospace technology such as rocket and missile development. However, despite having established important technologies and organizations leading to modern rocket propulsion technology, there are rocket engineers who have been ruined by occultism and destroyed from scientific history. The Space Safety Magazine introduces Jang Parsons ' excessive lifetime of such "the true father of forgotten space development".

Jack Parsons, born in Pasadena , California in 1914, became crazy about Jules Verne 's SF novel called "Father of Science Fiction", and together with Edward Foreman, a lifelong friend since elementary school, I was skipping over and playing. This play eventually developed into scientific experiments, and in 1928 two people seriously worked on the fabrication of solid fuel rockets.

By the time of high school, Parsons said that he had correspondence with rocket researchers like Goddard, Ziolkovsky, Von Braun and others. Especially, it is said that it was a close relationship with Von Brown who was almost same age with Parsons many hours of discussion by telephone.

Parsons and Foreman, who dropped out of the local university and was employed, attended a lecture at the California Institute of Technology one day, where he met Frank Marina , who was studying mechanical engineering then. Three people enthusiastically discussed about the development of rockets at the California Institute of Technology campus, but at that time they were still blessed with opportunities because the rocket was still considered a product of fantasy novels. At that time, Theodore von Cullman who was working at the Guggenheim aviation laboratory at the California Institute of Technology then hears the plans of Parsons and others. Von Karman was interested in the planning content "to fly the rocket over the atmosphere with liquid fuel and solid fuel" and approved three plans under the name of Marina's doctorate research.

However, Parsons' research is a series of failures. The research group seems to have been ridiculed (coughing) in the campus as "a death squadron" too much because it is a kind of campus trouble, causing a boister trouble inside the university or causing an explosion accident. In addition, the solid fuel rocket engine produces tremendous noise, so eventually the experiment on the campus is forbidden, but still the research group continued to develop solid fuel rocket engines. Parsons is on the far right of the following pictures. One of the major accomplishments discovered by Parsons' research group is the development of a component mixing ratio of solid fuel for rockets and a JATO (jet auxiliary propulsion and takeoff) system. The rocket launched by Goddard in 1926 was liquid fuel, but at that time liquid fuel was very difficult to handle. The solid fuel developed by Parsons et al became indispensable for the subsequent missile and rocket technology. Especially the propellant which kneaded ammonium perchlorate and synthetic rubber developed by Parsons is also known for being used in the space shuttle.

The research group began developing missile rockets with the help of the US military, and eventually developed into the Jet Propulsion Laboratory (JPL). When the Second World War began, JPL energetically developed weapons such as ballistic missiles and tactical ground-to-ground missiles based on analysis of the German-developed V2 rocket . Parsons also establishes Aerojet, a rocket propulsion equipment manufacturer with Von Carman and Marina. This JPL and aero jet will later become involved in NASA's space development plan later. 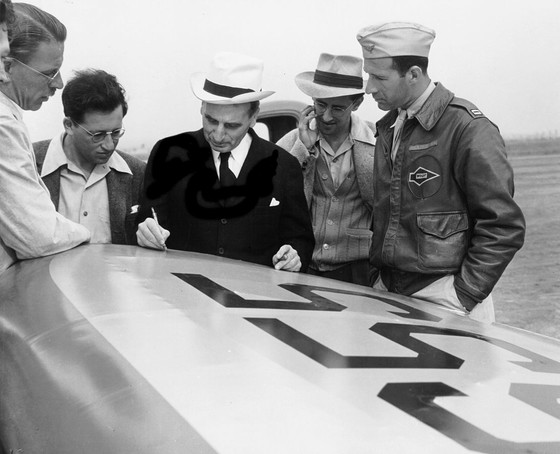 Meanwhile, in 1939 Parsons met British occupationist Array Star Crowley . Crowley was then called "the most evil man in the world" and founded an emerging religion that says mysticism and hedonism underlining western magic. Parsons, who was also interested in occult as a child, was fascinated as if obsessed with this Crowley, converting to Crowley's emerging religion. 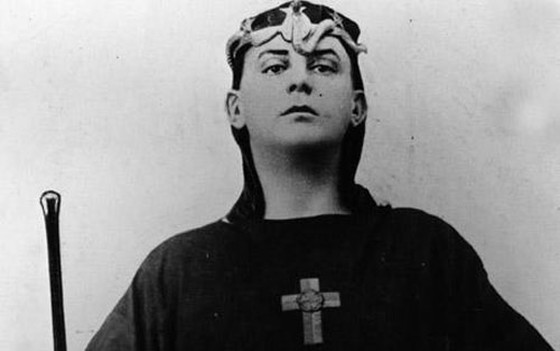 By around 1940, Parsons places more emphasis on activities as occult maniacs fascinated by Crowley 's mysticism rather than as a member of JPL and Aero Jet, and Crowley' s " Hymn to Pan "and dancing and inviting colleagues in an orchestrating manner, life attitudes suddenly deteriorate. Parsons will eventually be expelled from JPL and Aero Jet.

Parsons, who continues to live in hedonism, lost while looking at the bountiful assets built with JPL and Aerojet. And Hubbard escaped Parsons 'assets with Parsons' wife Sara. Parsons recovered the asset from Hubbard at the end of the bogus trial but lost credit from his beloved wife and the world at the same time. Then Parsons remarried Cameron, and connected livelihoods by repairing the washing machine and dispensing of explosives to be used in the movie. Although it was kicked out, the American army who dangerous the fact that Parsons engaged in the development of secret weapons of the military had connected with Crowley which was the leader of the cult and the Huber of the con artist seemed to have always monitored Parsons .

In 1952, Parsons was only 37 years old, and leaves the world due to an explosion accident. Because it was too sudden, some even advocate conspiracy theory on Parsons' death even in modern times. Parsons' papers and names were systematically excluded from the academic papers kept at the California Institute of Technology and their existence was forgotten over time. Still, Parsons' remained achievements are great, and von Braun, who is called the father of American space development, seems to have appreciated that "Parsons is the true father of American space development." In recent years it is being reevaluated by literature research, and in the United States a drama based on Parsons, which was just an eccentric, is also on air.