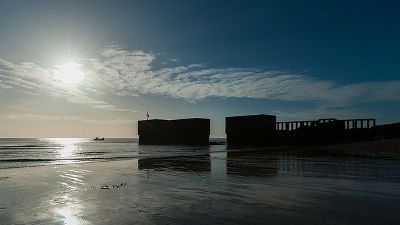 Among the global climate change, global warming is thought to be caused by the accumulation of thermal energy from the sun by the greenhouse gas in the atmosphere. Reducing this greenhouse gas is the main pillar of our approach to global warming, but on the contrary it prevents the temperature of the earth from rising by shielding and reflecting part of the energy coming from the sun The verification experiment about the method called "method will start in 2019 as well.

First geoengineering experiment to dim the sun on track for 2019
https://www.dezeen.com/2018/12/11/first-solar-geoengineering-experiment/

SAI has already demonstrated its effect in natural phenomena. It is a small fluctuation in the climate due to the huge volcanic eruption. When a large volcano erupts and a large amount of volcanic ash is rolled up and reaches the atmosphere stratosphere, the phenomenon that part of sunlight is obstructed by thinly scattered volcanic ash in the sky and the average temperature of the earth drops has been confirmed many times It has been.

In the Philippine Pinatubo eruption that occurred in 1991, it has been confirmed that the average temperature of the earth has decreased by 0.6 degrees for about 15 months, and the researcher team artificially creates this situation, making global warming We will verify whether we can stop the problem. In the experiment, calcium carbonate particles are injected into the stratosphere at an altitude of 10 km to 50 km to observe the impact on the climate. The area to conduct the experiment is the southwestern part of the United States, using particles balloon at an altitude of 20 km. In the future, it is thought that by using a method of powdering from an aircraft flying at a high altitude, it is possible to lower the average temperature of the earth by 1.5 degrees per year with less than 10 billion dollars (about 1.15 trillion yen) per year It is. With the development of computer technology in recent years, the global climate model can be reproduced with supercomputer, but it is indispensable that the final field observation is still necessary even with the current technology. The research team is going to investigate the actual condition of the effect by observing the change by actually scattering calcium carbonate powder.

While countermeasures against global warming are trying to get over the reef , some view that geoengineering measures will be the "trump card to counter global warming". However, there are many parts that the geoengineering has on the planet and there are still many parts that are not yet understood, so the cautious theory has also been advocated. In addition, because it does not reduce greenhouse gas emissions itself, which is the biggest cause of global warming, it also suggests that it is not a fundamental solution.