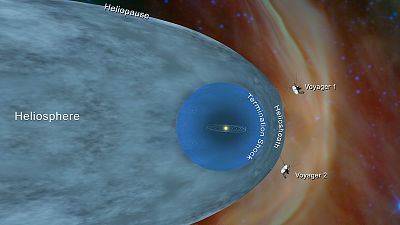 NASA's unmanned space explorer " Voyager 2 ", which has been launched in 1977 and has been on a long journey for 41 years, announced that it has withdrawn from the solar area where the solar wind will reach and entered the interstellar space it was done. It is the second achievement in history that follows "Voyager 1" which reached the interstellar space for the first time as an artifact in 2012.

NASA announced on 10th December 2018 local time that Voyager 2 came outside the solar area. Analysis of the observation data of the five sensors mounted on Voyager 2 revealed that Voyager 2 reached the boundary " Heliopause " between the Solar Sphere and its outer space on November 5, 2018 It was.

When NASA scientists analyzed the observation data of Voyager 2, no solar wind was observed on November 5, 2018, and the amount of cosmic rays arriving from outside the solar area increased. With this, Voyager 2 escape of the solar zone was confirmed.

Voyager 2 is an unmanned spacecraft launched by "Titan IIIE Centre rocket" on August 20, 1977. After completing Saturn's exploration, which was the original purpose in 1981, an additional mission was given, and in 1986, observation was carried out closest to Uranus. In 1989, Neptune also got closest to observation, bringing numerous discoveries. After that, Voyager 2 was given an "interstellar space mission" to examine how the solar system is in the area beyond the solar area. 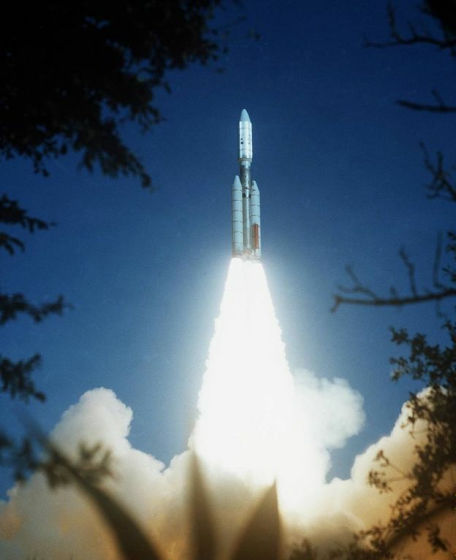 Voyager 2 is flying about 17.7 billion km away from the earth at relative speed with the sun at about 15 km / s, and it takes about 16 hours for the signal emitted from Voyager 2 to reach Earth takes. The signal is delivered accurately from Voyager 2 which is far away so because the attitude can be adjusted using the sun sensor mounted on Voyager. Although it is Voyager 2 which is precisely directing the antenna toward the direction of the Earth determined from the position of the sun and the fixed star "Canopus", since it becomes difficult to detect the sunlight as it goes away from the sun, communication with Voyager 2 will be in 2030 It is considered to be discontinued before and after. 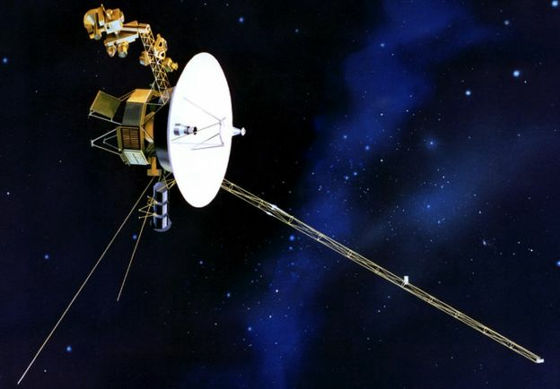 The "solar space" and "solar system" are similar, and the idea is that the solar system also includes clouds of the virtual celestial alt of further distant. However, even if Voyager 2 continues to fly as it is, it is thought that it takes about 300 years to reach the inner edge of Oort's cloud, and about 30,000 years to pass through the outer edge, even if Voyager 2 survives It is extremely difficult for human beings to obtain their observation data.

Even in the following movies announced by NASA's Jet Propulsion Laboratory, you can see the contents of Voyager 2's accomplishment.