Why does the office still continue to use facsimile (FAX)? 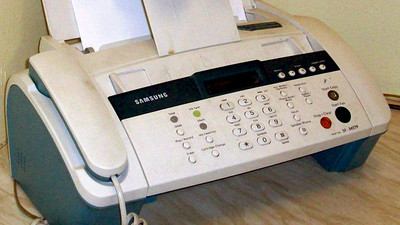 " Facsimile " (FAX), which allows you to send images and letters to the other party using a communication line, was one of the electronic devices that is indispensable to companies and offices in the past. While the usage rate has drastically declined with the spread of PCs and the Internet, in some workplaces such as government offices and hospitals, it continues to be used in active service as of 2018. The Atlantic summarizes why facsimile is still being used continually, the reasons and problems.

Why People Still Use Fax Machines - The Atlantic
https://www.theatlantic.com/technology/archive/2018/11/why-people-still-use-fax-machines/576070/

The invention of facsimile was thirty years earlier than 1876 when telephone patent competition by Graham Bell and Eliasha Gray occurred. Based on the idea of ​​Scottish inventor Alexander Bain , the world's first facsimile communication was done in London in 1847 by telegraph line. This world's first facsimile has low accuracy and it seems that the outputted characters and images were unreadable even though they could transmit and receive. However, improvements and inventions have been repeated, and in 1930 there was also improvement by Japanese engineers, facsimile came to be put to practical use mainly in the press. Fax machines were adopted by companies all over the world in earnest in the 1980s. From Japan to the United States, facsimile which can send materials and documents instantly brought about a big change in the speed of business transactions. Moreover, the exchange of image data by this facsimile has also led to the pioneering of today's digital image culture.

However, fax machines took the heaven as the protagonist of office automation equipment in a very short time. Just in the 1990s at the height of facsimile heyday is the Internet's dawn. Nicholas Negroponte , founder of the MIT Media Lab said, "Faxing is a fatal disadvantage that it takes a long time before the result is outputted even for a moment, and it is a lag behind the information situation There is a certain affirmation. Actually, production and sale of facsimile has dramatically decreased since the late 1990's.

Early in the 2000s, data exchange was obviously faster through the Internet. However, in the world of hospitals and law enforcement agencies, facsimile is still being used for a variety of reasons, including regulatory issues, concerns about digital security, and opposition from employees of older age groups. A startup called PatientBank provided a service that allows medical data to be shared and transmitted / received digitally, but it was found that many hospitals can not transfer the system from facsimile, and in January 2018 all services I will end it. Paul Fletcher-Hill, co-founder of PatientBank said, "Security has been raised for one of the reasons hospitals continue to use facsimile, many people are easier to hack computer systems than facsimile I thought that it was dangerous. "

Law enforcement agencies are trying to capture advanced technologies, such as searching for criminals using face recognition technology , but there are many analog styles of writing with ballpoint pens in documents when actually cracking down In some cases, the transition from facsimile to PC is delayed. Also, when the FBI gets interviewed and asked questions, he said he would not accept without using facsimile or teletype terminals , and complaints from newspaper reporters also said.

In the spring of 2017, Mr. Nicole Forman, a lawyer, submitted a client's bail request to a Leikers Island prison in New York. For the detained client it was necessary to pay bail separately in two parts of 2000 dollars (about 220,000 yen) and 1 dollar (about 110 yen). The prison guard said, "I received a payment of 2000 dollars, but I can not confirm whether I got a 1 dollar payment or not," he refused bail.

Actually, the prison facsimile broke down and it became impossible to receive the documents, so he could not receive bail for 1 dollar. As a result, the client was to be detained unnecessarily one day despite the bail payment being paid. "Even though it was just a technical failure, people who paid bail were not released," Mr. Forman said. 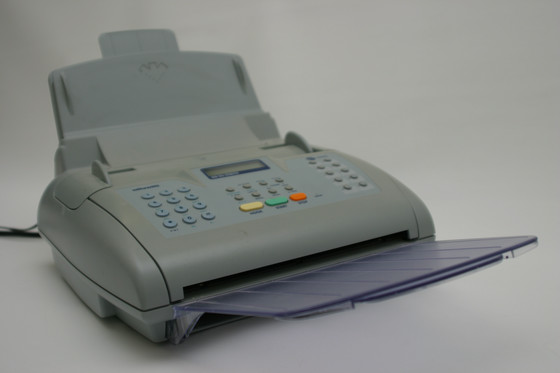 The Atlantic admits that facsimile has a retro appeal, but "prisons should respond instantly to bail payments and doctors need to be able to receive medical records quickly and easily, FBI needs to respond to newspaper reporters' questions by e-mail, you should no longer use facsimile at the system level. "