It turns out that memory is strengthened by nose breathing 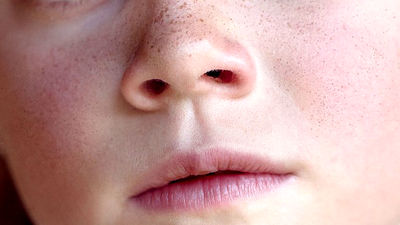 This olfactory bulb has a circuit also with the hippocampus , which is a brain tissue related to memory, and it has been clear from previous studies that smell and memory are closely related. From this, Artin Arshamian who studies clinical neuroscience at the Karolinska Institute advocated the hypothesis that "The memories on odor may be enhanced by nose breathing rather than mouth breathing" and compared experiments.

The research team led by Mr. Arshamian made 12 kinds of different smells to the subjects. After that, after having made mouth respiration or nose breathing for 1 hour, it smells "12 kinds of smells first smelled" and "12 kinds of smells completely different", and smells smelled before Investigate whether or not. As a result, I found that the group who had been taking nasal breath for 1 hour remembered the smell more strongly than the group that had mouth breathing.

The memory process can be broadly divided into three stages of " encoding ", " fixation " and " recollection ". Arshamian argues from this experimental result that "Respiration affects immobilization of memory" was shown. However, it is said that the mechanism of how nasal respiration specifically influences immobilization of memory has not been elucidated. According to Arshamian, until now, it was impossible to measure the activity of the olfactory bulb unless the electrode was directly inserted in the brain, but as of 2018, there are established methods that can be measured without inserting electrodes is. "The next goal is to find out what actually happens in the brain during breathing and how it relates to the formation of memories," Arshamian said.