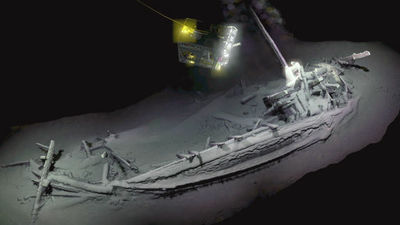 Black Sea is an inland sea located between Europe and Asia and is in contact with countries such as Russia, Ukraine, Romania, Bulgaria, Turkey and Georgia. When the research team of the Black Sea Marine Archeology Project explored the ocean floor of the Black Sea coast, I discovered that a shipwreck of a very old age is sinking almost unscathed. The shipwreck was found near the coast of Bulgaria in the Black Sea, it was sunk to the point of 75 feet (about 23 m) in the sea. 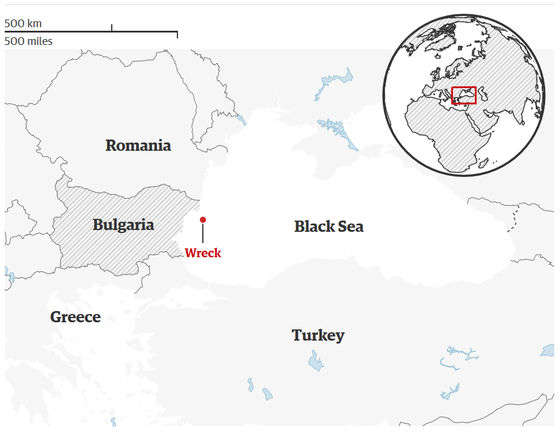 The research team believes that shipwrecks were made by ancient Greeks, claiming that it is the oldest shipwreck in the world as "It was over 2400 years ago that it sank to the bottom of the ocean." When the research team analyzed the wood chips of the shipwreck at Southampton University , it seems that the carbon content is "It is the oldest possibility in the world among ship made by existing human beings". The state of the shipwreck was very good as a ship that seemed to have sunk before the BC, and all the mast , the ruffle, etc had remained.

About the fact that the shipwreck was discovered in good condition, the research team is presuming that the shipwreck was kept in a state that it was difficult to decay due to the low oxygen concentration near the bottom of the sea. Professor John Adams, the lead researcher of the Black Sea Marine Archeology Project, said, "It is very surprising that ancient wrecks were discovered from a vast waters with almost complete condition. It will change the understanding of shipbuilding and ship in the ancient world. " 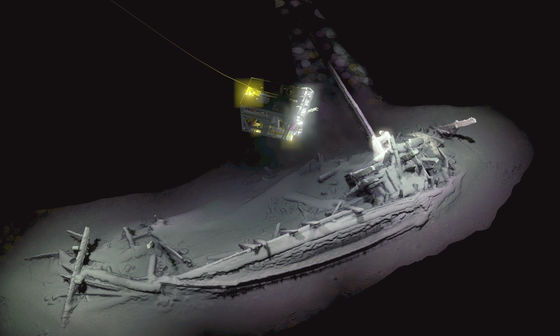 The shipwreck discovered this time is thought to be a type of trade ship made by an ancient Greek type that existed only in the paintings drawn on the Seiren vase , which was previously held in the British Museum It is said that it will be. The research team of international marine archaeological research has found 60 shipwrecks so far. Because the oxygen concentration of the sea floor of the Black Sea is thin, it seems that it is in an environment where past relics are likely to remain in good condition like the wrecked ship discovered this time, new remains may be discovered in the future.