What are the thoughts that active MLB pitchers familiar with physics think to throw an ideal ball? 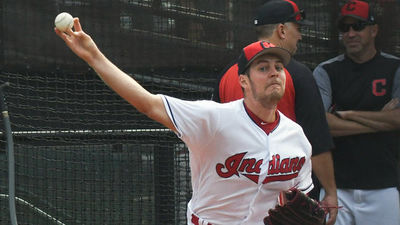 Trevor Bauer , who belongs to MLB 's Cleveland Indians, is one of the most advanced MLB pitchers who has achieved regulation pitching & double digit victory for the fourth consecutive year from the 2015 season to the 2018 season. Mr. Bauer majored in engineering at the University of California, Los Angeles (UCLA) and said he has abundant knowledge of physics, and applied his knowledge of physics to his own throws and tried various trial and error It seems to add.

It is the throw that separates good pitcher and bad pitcher. Pitchers, like Four Seams , Tsushima , Sliders, Cutters, Knuckle Balls, etc., take pitchers with various ball types. In order to realize the movement different from the other ball type in each ball type, the pitcher throws the ball by applying various rotation.

The pitcher adjusts the timing of the grip and release of the ball so as to change the ball near the home plate and not to make batting as thought of to the batter. According to Bower, knowledge of science and physics is very useful for baseball pitching. "Although most pitchers at MLB are not thinking about physical things when pitching, the flow of ambient air caused by rotating balls is important for the batter to make the ball swing in the batter," Bauer The pitcher said.

Bauer pitchers are trying not to manipulate hydrodynamic movements by intuition and experience, but to learn the theory firmly and use it for their own pitching. In the off of before the 2018 season, Bauer said that he worked on the development of a scientifically grounded slider that he had never thrown. Alan Nathan, who was a professor of physics at the University of Illinois , said, "Baseball pitchers can use a wide variety of tools to analyze their own throws. For those that play a major role in pitching , There are things such as the speed of the ball, the number of revolutions, and the rotation axis. " The speed and rotation of the ball greatly affect the trajectory of the ball moving through the air. When the ball rotates, the surrounding air moves, it is biased to one side of the ball. The axis of rotation of the ball is closely related to the number of revolutions and determines the position and quantity at which the air is biased.

For balls turning counterclockwise on the vertical axis, the ball pushes the surrounding air to the right. As a result, Mr. Bauer says the air on the left side of the ball decreases to a low pressure, and the ball moves toward the left side where it becomes low pressure. The phenomenon acting on this rotating ball is called " Magnus effect " and the ball thrown for the batter by the pitcher seems to incredibly curve until reaching the batter by the Magnus effect.

However, not all ball types use the Magnus effect to bend the ball. Fourseme, also known as "straightball", is said to be countering the gravity that attempts to bend the ball with Magnus effect. Lynchburg University, is a professor of physics Eric Goff said, when you want to throw the "as much as possible fast ball, place your fingers and hands behind the ball at the time of release. Backspin on the ball by doing so It will take. " The most effective Magnus effect is exerted is a breaking ball such as a curve that changes the trajectory by spinning the ball. I think that a good quality breaking ball will fly towards the upper side of the strike zone, and will bend and go into the vicinity of the knee of the batter. Mr. Goff says, "Three-quarters of the difference between release of the braking ball and reaching the batter is caused by the back half of the track." The pitcher plays a top spin on the ball, so that the Magnus effect in the downward direction works, bringing a big head to the ball in combination with gravity.

On the other hand, there are some balls of change that are created by not daring the ball. There are seams in the ball, and around the ball moving in the air, a turbulent flow of fine air occurs also depending on the seams, causing the trajectory of the ball to slip. Knuckleball is a kind of ball that does not rotate the ball on purpose, and the turbulence generated by the unevenness of the ball rather than the rotation brings the orbit to the ball which can not be predicted even by the pitcher. If the ball is accidentally rotated, there is a danger that it will become a slow ball for the batter to hit easily, "It is important to flip the ball with your finger so as not to rotate the ball as much as possible," Mr. said. 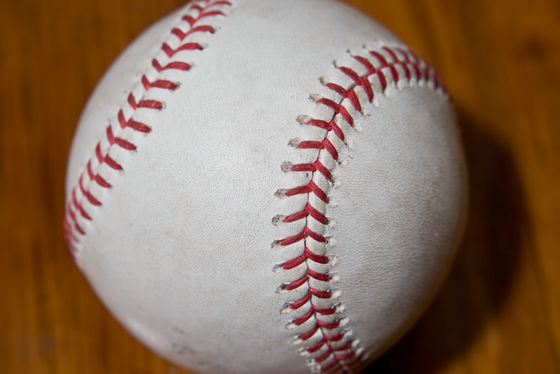 Bauer pitcher determined to put a slider that moves 7 inches to 10 inches (about 18 cm to 27 cm) from the horizontal direction into the repertoire of the ball type without Magnus effect by the rotation of the ball in the vertical direction after the season of 2017 does not work Did. Although it reads as a slider for the sake of convenience, "Although the pitch type is simply called by the pitcher, there is no point in the classification of the classical pitch class, and now it is detailed about the trajectory of the ball that the pitcher threw Analysis is possible and you can see which balls and how they changed, regardless of the name of the ball type, "Bauer said.

In order to find the optimal rotation axis to realize the ideal change, Bauer pitcher identified the rotation axis of the ball with a push pin. After that, in cooperation with the engineer's father, I looked for an ideal handful for about 6 hours, and eventually Bauer said that he found a handful that can give the ball the Magnus effect as he aimed.


Get you some spin axis and fluid dynamics in your life pic.twitter.com/fq8FqFkd 9w


But then Bauer pitched Washington Nationals' Stephen Strasburg pitcher and Marcus Strawman pitcher belonging to Toronto Blue Jays when he was looking at the pitching video, threw a ball of the kind close to the ideal ball I noticed that it was. "My and my father were so blinded that I was too obsessed with physical reasons, the way I grasp Strasburg pitchers and Strawman pitchers was more appropriate than the grip that I gave birth," Bower said, they said that they had created similar ball types from years of experience, not from physical ideas.

According to Bower, it seems that it is common that the newly acquired ball type can not be thrown again. "To truly learn the kind of pitch it is necessary to lose that feeling once and if you can restore what you lost once again it would be that you truly mastered that kind of ball," Bauer said I am talking.

In the first month of the season, Bauer was forced to pitch without the losing ball type. In the meantime, in order to regain the feeling of losing, I repeatedly checked slow pictures of other pitchers who throw similar ball types, and tried to find out what is different from my own pitching image. As a result, I noticed the fact that "Ideal horizontal change has not been obtained because the ball is held in the hand just a little longer than the optimal timing".

"By slightly changing the handful, we can make the release a little faster or slower," Bauer said, releasing just 2 milliseconds (about 0.002 seconds) as soon as possible, The thumb position was corrected lower than the hand grip. With this improvement it seems that the new ball type began to make the ideal change by Bauer. 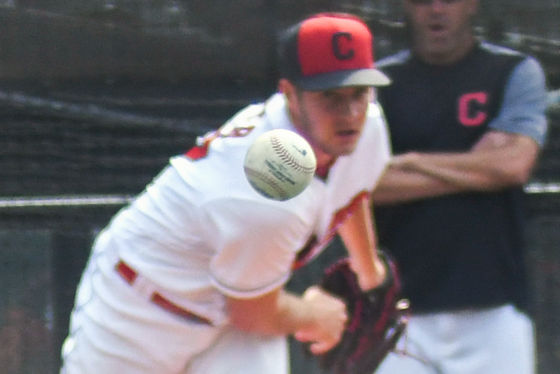 "By understanding the physical phenomenon about pitching, we can find out what kind of thing is occurring at a certain point in pitching, so that I can correct things by adjusting fine elements We can do it, "Bauer said.