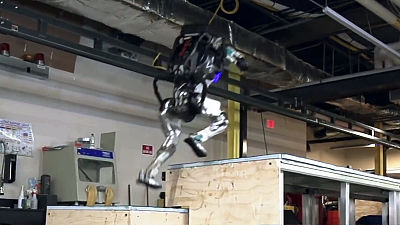 Boston Dynamics' bipedal walking robot ' Atlas ' acquired by SOFTBANK in 2017 has evolved further and is no longer a movie showing a splendid natural jump that can only be thought of as "There are people inside" It was released. As the title "Parkour Atlas" tells you, it shows the mobility as high as you have never seen before.


A thick log is rolling before the eyes of Atlas who came from the left side of the screen ... ... By all means it jumps with "Pyon". I landed and run as it is. You can tell by watching the movie, but there is no "stagnation" in its movement. Even more amazing. I get over the bump and rush up on a table that is as tall as my own. 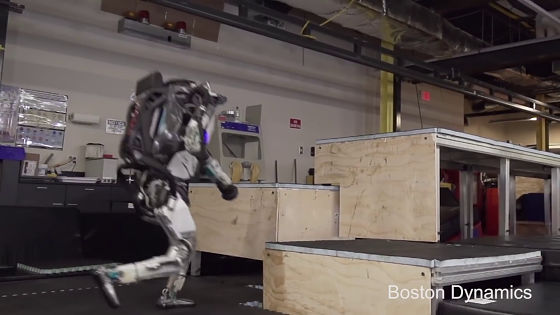 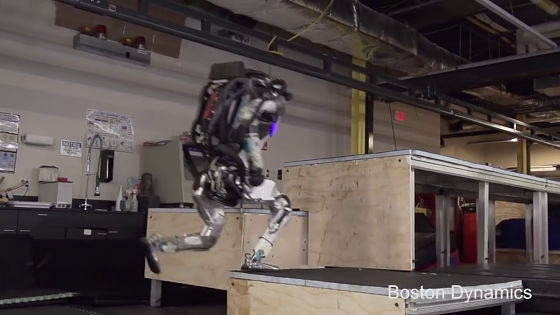 Then, leave the left leg to the second row. At this time, it seems that you are using recoils by matching the movement of both arms brilliantly. 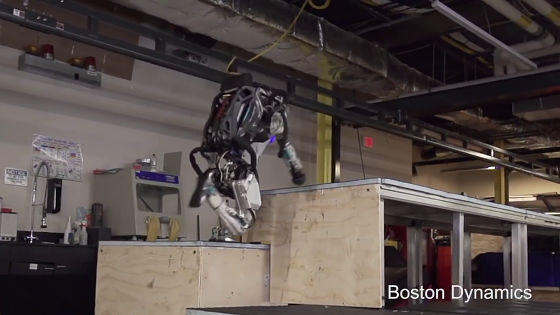 Finally, even if I put the right leg on the third row I easily cleared it. 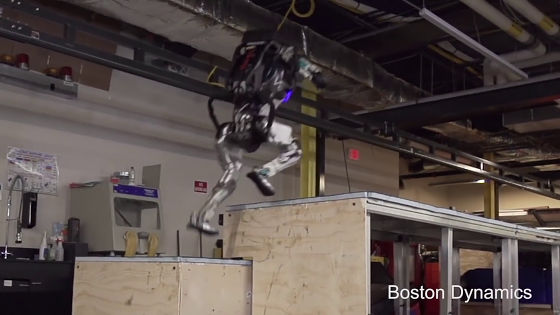 Atlas which jumps to the second stage just as "Ha!" There are surely many people who can not do this movement even by human beings. Atlas approaching to the third row with one leg left. Surely a motor with a powerful torque will be built in the joint of the knee. Atlas will run away as it is. It is becoming a terrible level to what extent Atlas's evolution going to be thinking even foolish things such as "It might not be chased after this Atlas is a thief ..." and so on is going forward. 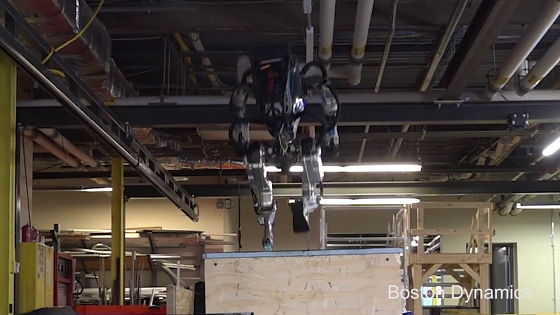