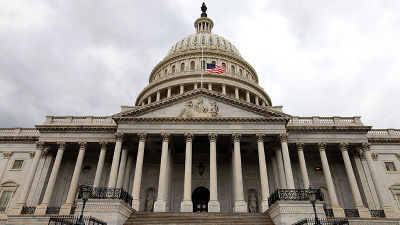 An amended copyright bill giving copyright protection until 2067 against music before 1972 passed through the American Senate. The bill will be officially enforced after being approved by the House of Representatives and signed by the President.

The US Senate passed the "Music Modernization Act (MMA)" bill unanimously and was approved. MMA is a revision of the copyright law which was requested based on the era when music is consumed by streaming service etc.

In the music streaming service, litigation concerning copyright infringement is frequently performed with a third party who claims to hold the copyright in the distribution of musical pieces whose author is unknown, and the necessity of constructing a modern institution I was shouted. MMA revamps the system to manage the license of the composer called conventional "mechanical rights", creates a national database covering all the music protected by the American copyright law, and smoothly performs the licensing work It is aimed at being done. MMA itself is supported not only by music distributors but also by composers, labels, and digital copyright organizations, and it is evaluated that the convenience of users using music streaming services will be enhanced. However, as a matter of how old songs before 1972 are excluded from the subject of mechanical rights remain as problems, new laws called "CLASSICS Act" have been applied to older songs before 1972 , From 1972 to the end of 1995, the maximum protection period of the copyright law, "to guarantee protection until 2067" was proposed as a solution. For example, in the case of music released in 1923, it means that it will be protected for 144 years because it is a protection period until 2067.

With regard to the CLASSICS Act, although there are certain advantages in terms of eliminating the risk of potential conflict, there are disadvantages that it becomes disadvantageous for small music distributors such as universities and independent Internet radio stations As a result, criticism came from the Electronic Frontier Foundation and others as "It unduly extends the period until the public domain of music before 1972".

After all, since the MMA bill in the form including the CLASSICS Act was approved in the Senate, it seems that old songs will be subject to copyright protection for an extraordinary long period of 140 years or more. The MMA bill will be sent to the House again to deliberate on the revised part, but since the unmodified MMA bill was passed by the overwhelming majority in the House of Representatives in April 2018, it is almost certain that it will be re-approved It is done. The MMA bill is approved by the House of Representatives, it is expected to be established as a law after signing by the president.