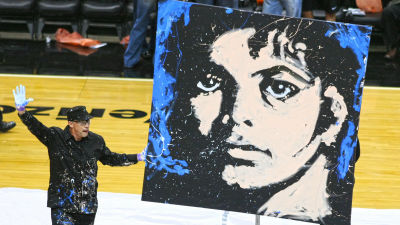 A Love In The Mouse House: Michael Jackson's Estate Swings From The Rip In Copyright Case | Above the Law
https://abovethelaw.com/2018/08/a-louse-in-the-mouse-house-michael-jacksons-estate-swings-from-the-rip-in-copyright-case/

The beginning of this lawsuit was "The Last Days of Michael Jackson" which ABC broadcasted in May 2018. In addition to the scenes used in Michael Jackson's documentary movie " Michael Jackson THIS IS IT ", this program is a 2 hour program composed of music videos such as "Thriller" and "Beat it" "Black or White" was.

In response to this broadcast, Michael Jackson Estate filed a lawsuit against Walt Disney and ABC as "more than 30 copyrighted materials we manage are used without permission."

The Disney side responded to the lawsuit and brought in Article 107 of the Copyright Law of the United States "This broadcast is a fair use as it is a documentary program equivalent to news coverage and research, so no copyright fee will be incurred Speaking. In addition, the company explained that "the use of Michael Jackson's video and music content is necessary to explain the person's history" and justifies ABC's correspondence.

However, there is a view that it is considerably painful because the Disney side brought out the view that "there is no problem because it is a documentary program" because it is highly possible to be regarded as "entertainment work to entertain a lot of people".

Nonetheless, the Disney side has not defeated the bullish attitude and expresses Michael Jackson Estate as " extremely copyright owner " until criticism. On the other hand, Michael Jackson Estate said, "In order to please our children, we spent $ 1 million on couple wearing orange tigers and blue donkey costumes not related to Disney at all, The companies that requested the reparation of the company are different, have you looked at Tigger and Yo by Disney standards? ", I made an ironic remark with an example of a past Disney side litigation case . Scott Alan Burrows, a lawyer said, "Disney is very famous for copyright and it is famous that he will not hesitate to sue a person who copied the work, but if such a company is an original While copying music and images without permission, it is unthinkable to accuse the opponent as "lacking respect for copyright" in order to keep the copyright fee to zero, "ABC says to some extent Point to the Michael Jackson Estate.