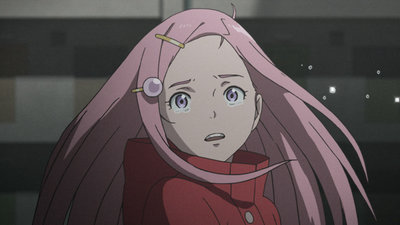 The new visual depicts the figure of Nirvasu descending into a city covered with fire. The first work "Symphonic Psalm Eureka Seven High Evolution 1" is released on Saturday, September 16, 2017. "SUMMER OF LOVE" of the event equivalent to the previous day of the main part was imaged and a slightly different story was drawn from TV animation due to detailed setting change. The second work "ANEMONE / Eureka Seven High Evolution" puts a spot on the girlhood of Anemone who appeared in the middle of TV animation.


That day that was still young. My father left the anemone and went to the battle, and he did not return.
Regret that it remained deeply in the small breasts of anemone. Supporting her mind is a stuffed gulliver and AI Concierge · Domini Kids.
Seven years have passed, Anemone was in the battlefield where my father was scattered - in Tokyo.
Anemone must fight against human enemy "seventh Eureka = Eureka Seven" as a key to the strategy that the experimental unit Acid carries out. Human beings chased by Eureka Seven had no choice but to hope for anemone any longer. And Anemone dives into the inside of Eureka Seven.


Set in "Tokyo" which will be released for the first time in the series, the battle between "Eureka Seven" covering Tokyo and the biggest nirvash of the series history is drawn.


NEWS update "Includes a secret movie" PV 0 (zero) "that contains the latest image of the next work" Hi Evolution 2 "on the Blu - ray & DVD that is finally released tomorrow! Https://t.co/qIzynJYDO2 # Eureka # eureka_HE pic.twitter.com/fVvwYt6eDu


Special information pictures and visuals that were banned this time will be released sequentially at the screening theater from July 20, 2018 (Friday). In addition, Muvicile card with original clear file using new visuals will be released. Price is 1500 yen including tax, limited quantity. At the time of seeing the previous work, it was the impression that "Why do you want to make a remake entirely?", But in this work "Because the true world that" Hi Evolution "tried to draw was to be revealed," once, prejudice It might be better to throw it away.

After the previous work, the staff gathered director · Toshio Kyoda, Screenplay · Sato University, character design · Kenichi Yoshida and original staff. In addition, as a new mechanic designer, Mr. Kawamori Masaharu who was in charge of Nirvash designs is participating.

By the way, the release of the Blu-ray BOX special edition limited version of the TV animation sequel "Eureka Seven AO" broadcasted in 2012 in a format that matches this is also announced. The release date is November 22, 2018, the price is 18,000 yen by tax. OVA which draws between the first part to the tenth part, the eighth episode and the ninth story of the original short anime "new deep blue" which was open to the public on the 24th episode of this main part and all 11 types of non credit OP · ED all 11 Jungfrau's flowers ", the final episode" Road Do not Slow Me Down "which was produced in accordance with pachislot in 2016 is recorded. "Road Do not Slow Me Down" means that this is the first recording. 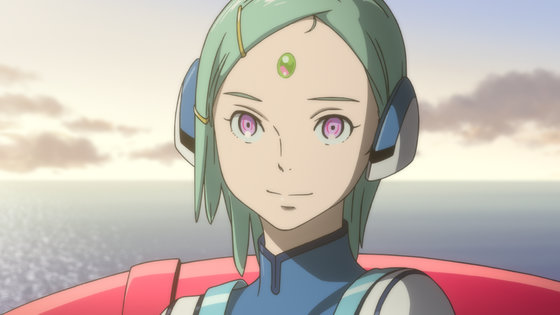