How did historical geniuses imagine things before they made a feat? 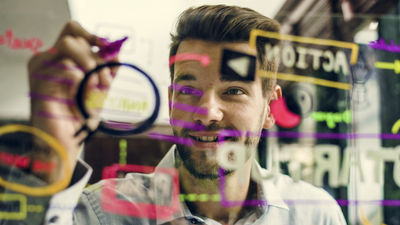 When trying to start something new, it is important to think and imagine in your head before actually moving your hands. Science and philosophy writer Zat Lana explains what kind of image the genius who left a name in history had developed, using the inventor

Nikola Tesla as an example.

How to Train Your Mind to Become Smarter – Personal Growth – Medium
https://medium.com/personal-growth/how-to-shift-your-mind-to-think-like-a-genius-a56f5e086073

Nikola Tesla, who invented the AC power supply and wireless transmitter, took a nap if he had time, so it is said that he slept only two hours at night. Also, Tesla never married and never made a lover because it would get in the way of her work. There is an anecdote that Nicola, who loved only pigeons as a friend in her later years, spent $ 2,000 (currently worth about 3.4 million yen) just to treat injured pigeons. Tesla was well educated and was able to speak a variety of languages. Also, I didn't try to spend my time for anything other than research, even one minute and one second. However, the episode that makes Tesla the most genius is, 'Because Tesla was able to imagine his invention with considerable accuracy before actually shaping it, there was no need to draw pictures or figures in advance, and one or two prototypes Was successful enough. ' More than 70 years after his death, Tesla, who is still renowned as a genius, was able to discover and invent many technologies only because he was able to have this highly accurate visual image, Lana argues.

The episode 'Reflecting a high-precision image in reality' is not limited to Nikola Tesla. For example, top professional golfers can imagine the perfect shot for themselves by practicing for many years, and it is said that they will improve the accuracy of actual shots based on this image. Lana points out that vision is the most informative of the five senses, and claims that vision can recognize parts that cannot be covered by words or sentences in capturing reality. I am.

When we learn new things that affect our lives, we build what is called a

mental model , which envisions what and how things work in the real world. Of course, Nikola Tesla would have used the mental model to think about inventions, but since Tesla built the mental model based on vision, Lana said that he was one step ahead of us who think in words and sentences. He insists. Linguistic images, such as words and sentences, capture reality statically, while visual images capture reality in a fluid manner. In order to build a more realistic mental model, we try to think about things visually, which is more closely related to reality, from 'linguistic heuristics ', which tries to reach the correct answer with words and sentences. Lana argues from an episode of Nikola Tesla that 'mental expression' that transforms the mental model into 'visual heuristics' is important.