What is the history of 'steel' indispensable for human development? 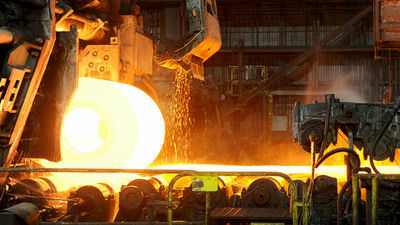 " Steel " is an alloy of iron containing about 0.04 to 2% carbon. It is a metal used for various things such as buildings and machinery, and it is indispensable for the progress of mankind. Technical journal Popular Mechanics explains the magnificent history of such steel and human beings.

The Entire History of Steel
https://www.popularmechanics.com/technology/infrastructure/a20722505/history-of-steel/

Before human beings acquired iron-making technology, iron, which is a raw material for steel, has been used by humankind. Iron dagger is found from the tomb of King Tutankhamen who was an ancient Egyptian pharaoh in the old days. All of these irons processed in the Bronze Age came from the meteorite that flew from outer space and were treated as valuable than jewelry and gold because the supply was very small.

Beginning around 2500 BC, human beings will finally begin to realize that iron is present at their feet. It is said that people called the Caribeans on the Black Sea coast had ironmaking technology around 700 BC since 700 years since then. The Caribbeans heated and softened the iron ore and repeated the process of hitting the softened iron to create iron weapons. Weapons using the earliest iron called Knee Steel eventually gained popularity by the Hittite tribe and brought the iron age.

In ancient China, cast iron production began around 500 BC, people made blast furnaces , burned wood and iron ore, melted iron, poured into molds to manufacture cooking utensils and statues. However, the Caribbean wrought iron had lower carbon content than steel, and the Chinese cast iron also had lower strength compared to steel, as the carbon content was higher than that of steel. In about 400 BC, Indian people put in a clay-made crucible a steel ball and a charcoal lump, put them in a furnace, closed up the container, and crafted a recipe to raise the temperature of the furnace. By using this manufacturing method, it is possible to deposit an optimum amount of carbon for iron, and people will be able to produce steel. That of steel, which is produced by this technique Uz steel is referred to as, Syria of using the Uz steel Damascus from that obtained the swords high evaluation made of, Uz steel is now also referred to as Damascus steel.

In Europe, which had carried the steel produced in the direction of India, around the time of the collapse of the West Roman Empire in 476, steel was not obtained by shredding the distribution route. For this reason, the same furnace as that used in India "Catalunya furnace" was developed in Catalonia region of Spain, and steel to be used for harness and so on was produced. The Holy Sword " Excalibur " appears in the legend of King Arthur, but in consideration of circumstances at the time, it is thought that it was a steel sword instead of steel.

In the Middle Ages, "making the world's best sword" was Japan which had been doing tatara iron making on the back side of the earth from the perspective of Europe. There is a ceremonial part for forging Japanese swords, and swordsmith hit a sword after purifying the body beforehand so that evil spirits do not enter the blade. Steel with high strength was created by mixing the carbon firmly by swaging the material with charcoal and softening it with sword hammer many times. There are also swords designated as national treasks , including the famous things such as "crescent moon" and "dadako naka" · Tenshi Five Swords .

By the 15th century, large-scale iron production using blast furnaces was also carried out in the Rhine basin in Europe, and a large amount of timber was cut down to produce iron. Iron production in colonies was done in England in order to produce iron in places where there is plenty of wood in the UK, but eventually coal was used for blast furnaces by the person named Abraham Derby . However, at this stage, it is still iron produced from the blast furnace, and it did not reach the large-scale production of steel.

Successful in the production of steel was inventor of Britain called Benjamin Huntsman , invented the technique called crucible cast steel in the 18th century and succeeded in producing high quality steel. Steel was produced in Britain by Huntsman's invention, but mass production was impossible at this stage. In the 19th century Bessemer law was also developed by British inventor, Henry Bessemer , which made it possible to mass produce steel from inexpensive molten pig iron. 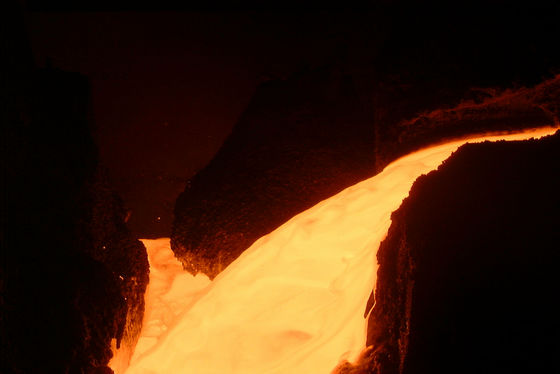 The development of steel production was delayed in the United States of the New World compared to the UK, but the American steel industry will make a big leap by Andrew Carnegie , an immigrant from Scotland. Carnegie who was a telegraphing delivery husband was promptly promoted to telegraph engineer from his zeal, and was pulled out to the Pennsylvania railroad with anticipation of talent. Carnegie felt that steel is necessary to make a durable bridge, he said that he introduced the Bessemer method and started steel production.

Carnegie became known as "steel king" after acquisition of a rival company, and in 1889 it was almost enough for Carnegie 's company to produce steel comparable to half the UK as a whole. However, in 1892, a large strike occurred at a factory owned by Carnegie, the responsible person sent an agent of Pincarton Detective Agency and tried to quell it, but both developed casualties until the senters were sent in It was a big fuss.

Carnegie sold the company in 1901 through the intermediary of Charles M. Schwab , due to the incident. Even then, the American steel industry continued to prosper greatly, and during the First World War, American steel production had a great influence on the war situation, it seems that it had been to exercise great influence all over the world. In 1912, stainless steel was invented by Harry Blairy who was a British scholar and later mass-produced. Because stainless steel is very strong against rust, it is a very useful material for surgical instruments and household items. Many of the world's stainless steels are made of small arc furnaces , little to produce steel from scratch, mostly reusing stainless steel scrap.

In recent years, greenhouse gases emitted during iron making are a problem, and the electric furnace which reuses old iron without burning coal attracts a lot of attention. However, it is difficult to shift all of them to an electric furnace and to abolish the conventional iron-making furnace, and many scientists are making efforts to devise an environmentally-friendly steelmaking method.