What is the truth of a 'rain event in Kentucky meat' fragment of meat falling from the sky? 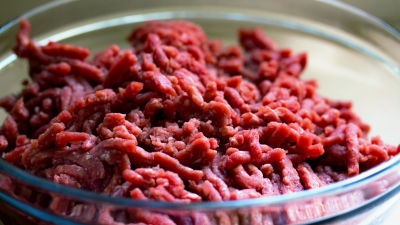 One day, fragments of red meat suddenly fell from the sky ... ... " Kentucky meat rain incident " was reported in many media at that time, but it has been treated as "unresolved case" for a long time It was. The dominant hypothesis of the cause of this rain accident of Kentucky meat is written by Motherboard of foreign news media.

The Mystery of the Kentucky 'Meat Shower' - Motherboard
https://motherboard.vice.com/en_us/article/kzkmgw/the-mystery-of-the-kentucky-meat-shower

"It rained on meat" suddenly came down in the state of Kentucky in the United States on a still chilly day in March, 1876. This case that a fragment of about 5 centimeters square of red meat falls in the range of 91 x 46 meters square is called "rain incident of Kentucky meat".

Kurt Gohde, an art professor at the University of Transylvania, knew about the rain incident of meat after moving to Kentucky State and was intrigued. While examining university materials, I met a picture of a small bottle. It was a small piece of meat that contained amber (amber) liquid in the bottle. Mr. Gohde notices from the date when the meat rain incident occurred and the date written in the bottle that it is a piece of "rain of meat" that came down from the sky. 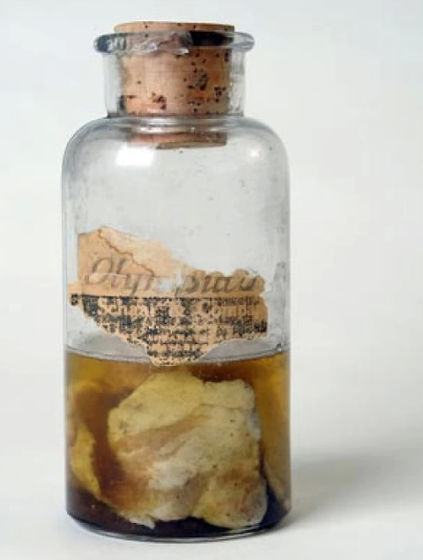 At the time of the rain incident of meat, many people solved puzzles, some people seemed to have eaten fragments of meat that fell from the sky. And it was speculated that sheep, bear, deer etc are the identity of meat.

But after all it was not clear what the flesh was, after all the meat samples were sent to American scientists including Mr. Gohde's work at Transylvania University. Fragments of meat are to be preserved under the scientists, but before the hypothesis of what the meat is supposed to be announced, people said that they did not show interest in "meat rain incident" Thing. Scientists actually led the "answer", but until the investigation by Mr. Gohde, the description of the rain of meat seems to have been overlooked.

The answers led by such scientists are "vultures of the vultures".

Vulture in the stomach of the vulture is in the state of super acid , usually the vulture do not feel bad and do not vomit. Even partially partially rotten meat is basically all digested. However, vultures who do not know when to catch the next prey will try to pack the food as much as possible at the same time. Therefore, after a meal it is necessary to wait for digestion for a while, but for some reason it may be necessary to fly immediately after a meal. In such a case, in order to lighten your weight, it seems to eat the meat that you ate during flight in the air. Joe Walston, Vice Chairman of Wildlife Conservation Society, says that this "hypothesis is highly likely" about this hypothesis. Also, from the state and organization of the meat discovered, "It makes sense as a vulture diet". Fragments of meat were fragmented in size, torn apart and not in a state like passing through a slicer of meat. Scientists confirmed with a microscope also announced that it was a tissue of the lungs and cartilage.

"The most horrifying thing is that they ate vulture spirits to judge what meat is a lot of people," Motherboard wrote.