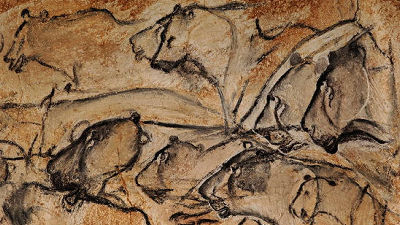 It was about 33,000 years ago when I painted a cave painting during the Ice AgeAutistic spectrum diseaseOf the human race was demonstrated in a study conducted by an archaeologist at York University in the UK - Penny Spikins and autistic experts.

How our ancestors with autistic traits led a revolution in Ice Age art: a competent trait among people with autism, allowed realism to flourish in Ice Age art - ScienceDaily
https://www.sciencedaily.com/releases/2018/05/180514095522.htm Although the above characteristic is common in people of autistic spectrum, this ability enables the human beings of the ice ages to undergo long-term concentration work and efficientStone spearIt became possible to memorize the vast terrain of the place to hunt and to be able to memorize and analyze the behavior patterns of animals.

"We believe that the early development of genetic autism was the evolutionary response to the culmination of the ice ages, the weather-worst era, without the development of autism-related abilities, the freezing environment There were people who could not survive without getting food in, "Spikins says.

Also, "Realistic artists need to paint realistically, but this depends on whether they can concentrate on details.This characteristic is common in autistic people and it is seen by other people "The presence of people who were capable of extreme concentration like autistic patients is a compelling explanation for the tendency of realism to be taken in the ice ages," Spikins said I talked.