The detailed information on the Galaxy S 9 series with a large amount of images was published in GermanyWinFuture.

"Flagship model" Galaxy S9 "maintains the design concept from Galaxy S8. With 4GB of memory and 64GB of storage UFS 2.1, up to 400GB of storage can be increased with microSD card. OS loads Android 8.0 Oreo. There are two types of SoC, Samsung's Exynos 9801 and Qualcomm's Snapdragon 845. The edge-designed organic EL display that draws a curved curve on the side is 5.8 inches and the resolution is 1440 × 2960. Size is 5.8 inches same as Galaxy S8, but the bezel width is narrowing further. Moreover, it has waterproof performance by IP68.

According to WinFuture, the Galaxy S 9 has a 12 mega pixel rear camera with optical image stabilization and combines laser AF and dual pixel AF to achieve high focusing speed. The F value can be switched between 1.5 and 2.4 depending on the subject, and it is also possible to shoot super slow motion movies at 960 fps. The front camera also has 8 million pixels and self-portrait performance is high.

Another feature is where AKG stereo speakers are installed. It seems that AKG brand headphones are also included. Evan Blass, also known as smart phone leak information, also publishes the design image of "Galaxy S 9 +" equipped with a 6.2 inch (1440 × 2960) large screen organic EL display on Twitter. The big difference other than the screen size of Galaxy S 9 and Galaxy S 9 Plus is that S 9 + has a large capacity memory of 6 GB and a dual camera of 12 million pixels respectively. In the Galaxy S9 series, it has already been reported that the hybrid face recognition function combined with iris authentication and the adoption of the same animation characters as iPhone X are adopted. 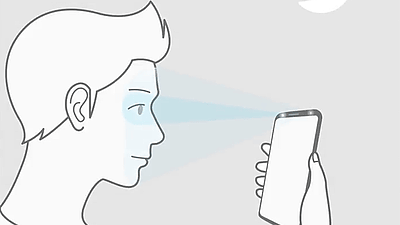 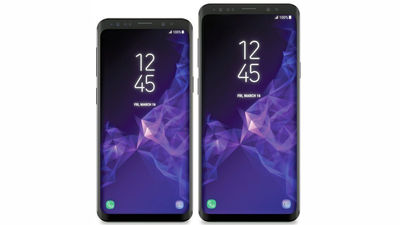 Therefore, detailed specifications of Galaxy S 9 and Galaxy S 9 + are as follows. According to WinFuture, the Galaxy S 9 series will be announced and released at a special event to be held on February 25, 2018 according to MWC 2018, and product shipments will be scheduled from March 8.

It is pointed out that the price may exceed 1000 dollars (about 110,000 yen), it is possible to become a high-end model lining up with iPhone X.