How to soften meat in easy step with totally safe chemical 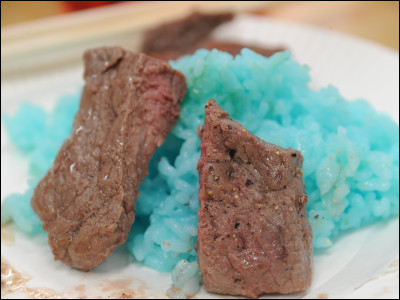 We are pretty much ignorant on chemical processing on food, while it is essential in today's first food industry to deliver more delicious meals in lower cost.

To improve the situation, 3331 Arts Chiyoda had a workshop titled "Science Kitchen". Using chemicals is quite controversial, but actually seeing the process will tell you it's nothing but harmleess and non-toxic. First, let's start with rice, our staple diet. Cooked rice soon looses its sweetness and softness with time. To prevent this, thickening agent(seaweed extract) and glycine are added. 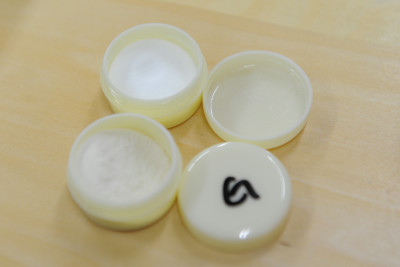 And some ordinary vegetable oil. 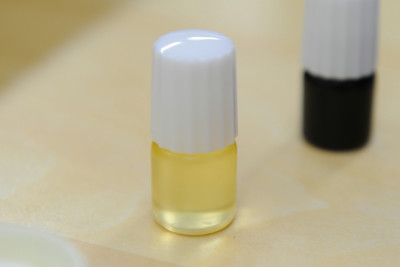 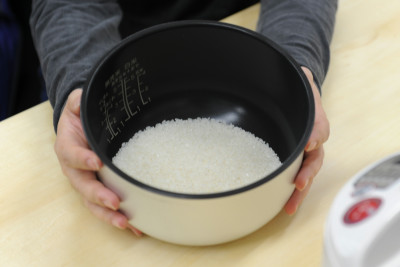 Add just half a teaspoonful of these chemicals. 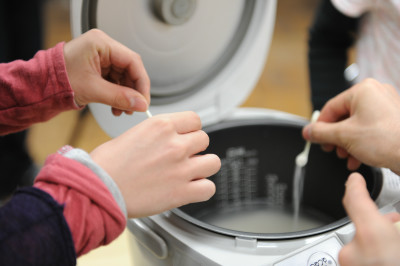 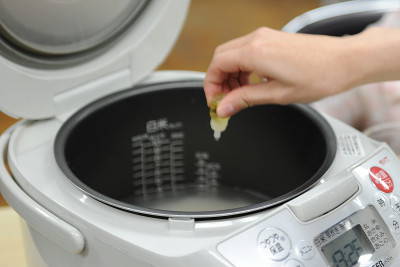 Add flavor enhancer consisting of glutamic acid and salt. It's quite a popular seasoning in Japan. 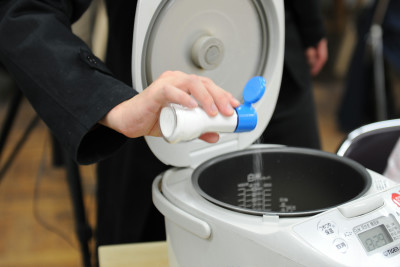 By doing these, rice grains are coated with salad oil and thickening agent not to get dry and glycine adds sweetness. 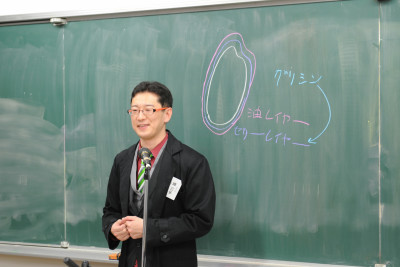 It's not an everyday option, but if you want to color it blue, pour some food colouring. 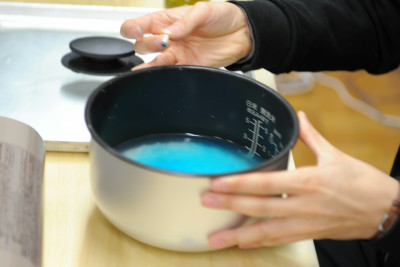 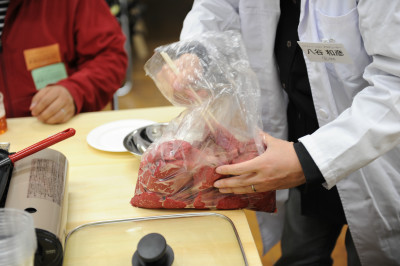 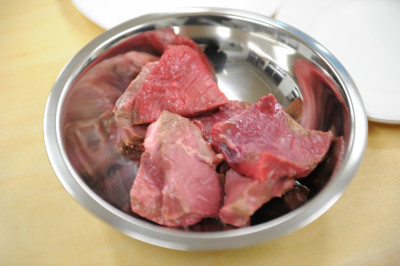 This time we use two chemicals: softening enzyme and flavor enhancer. First, soak the meat in water. Then put softening enzyme. It was extracted from fruits like papaya and pineapple. Except for its taste, dipping meat into these fruit juice just do the same. 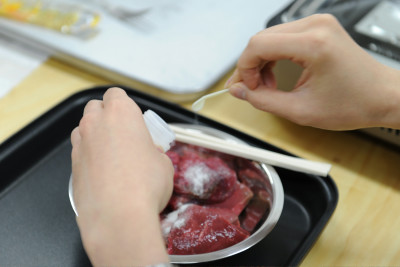 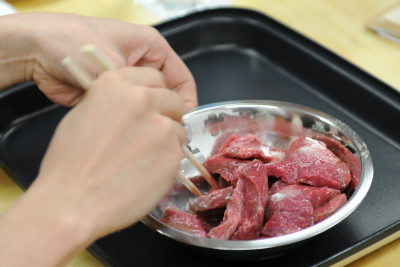 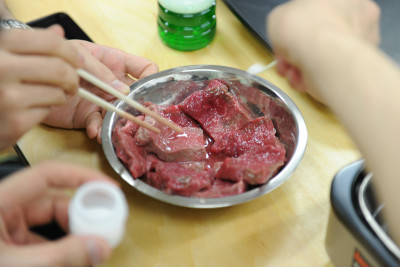 Stab with a fork to let chemicals go into meat. 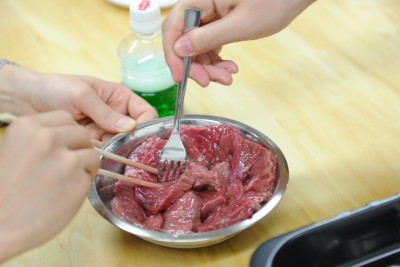 Lard does better than salad oil in grilling meat. 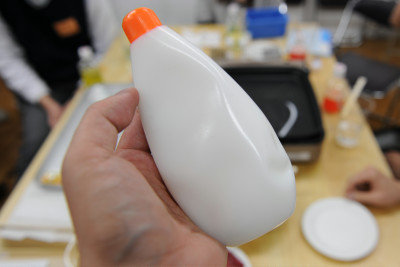 Flavor of oil significantly changes the flavor of grilled meat. 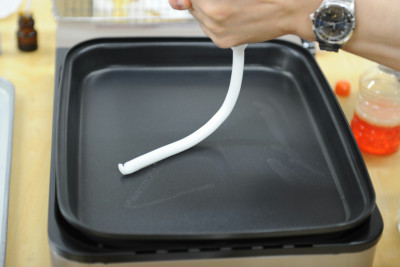 Grill them just the same as normal meat. 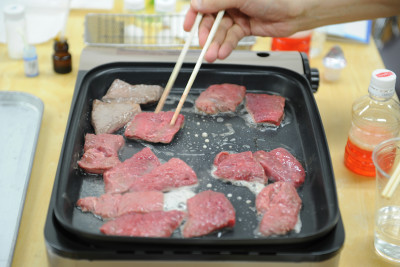 This is a non-processed meat. As you grill, the meat shrinks and gets harder. And this is a processed meat. Compare with the photo above. It didn't shrink that much. The rice was done, totally getting blue. 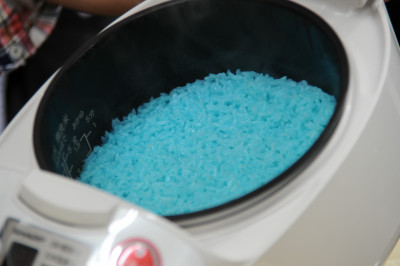 Blue rice with chemically processed meat. Sounds a bit disgusting, but it's totally safe and tastes better than non-processed ones. 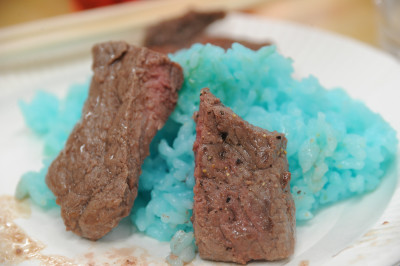 Comparison: On the left is the non-processed meat. You can see meat fibers on cross-section surface. But fibers in processed meat gets obviously thin and difficult to see. 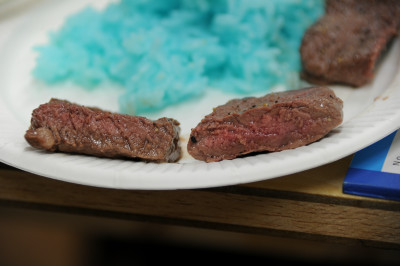 It's surprising to test these meat. Processed ones were obviously soft and tasteful than non-processed ones. They were same meat, but became totally different after processing.

By using injector on osmosis, meat get really softer to its core. Blue rice is also a surprise. It won't get harder or tasteless with time. But you had better not color white rice blue. It ruins everything, while it doesn't change flavor and taste at all.

Another Bizarre Flavour? “PEPSI AZUKI” Coming Out this Autumn - GIGAZINE