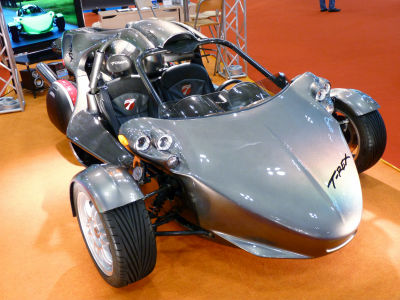 If there are a hundred cars, there are a hundred usage. Among other cars Campagna Motor's T-Rex is a trike which focused on fan of driving. The trike adopted powerful engine of Kawasaki ZZR 1400 motorcycle and can run just like low-pass flying fighterjet. 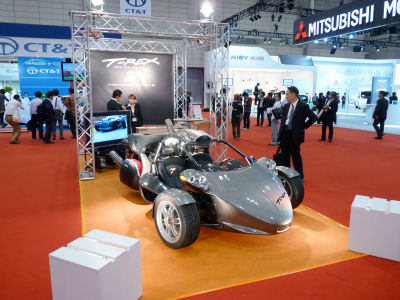 Spec Description. It weighs about twice the original ZZR1400, but the 197hp engine is still powerful enough for 472kg(about 1040 lbs.) vehicle. 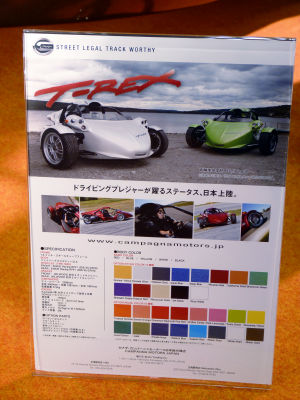 The vehicle has reptile-like front mask, as its name shows. 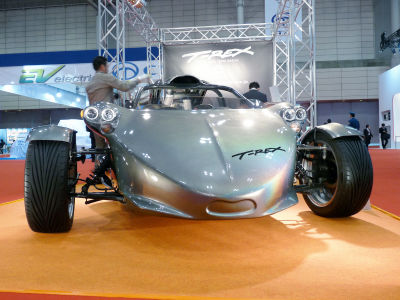 The front light is like an wet eyeball of lizards. 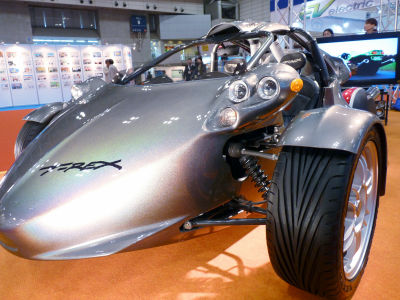 It's just a sand buggy from the front, but once you see its back part, it became a motorcycle. 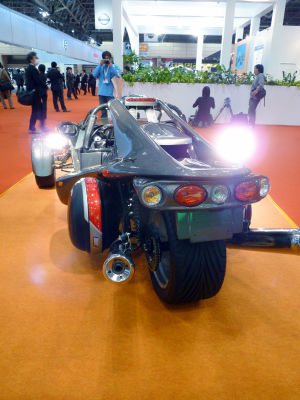 2 exhaust silencers, as same as the original bike. 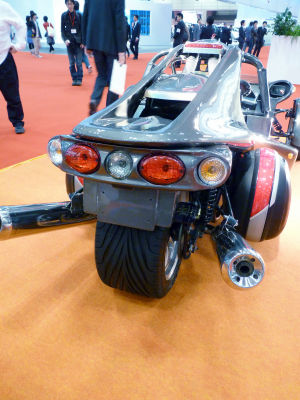 It doesn't have cargo space so two hard cases are mounted on the side. 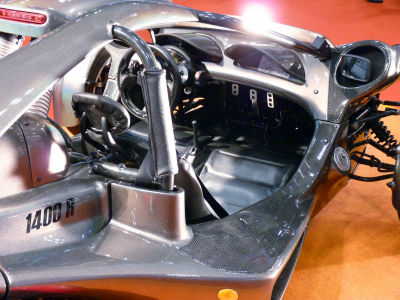 The cockpit is placed so low like a racing cart. 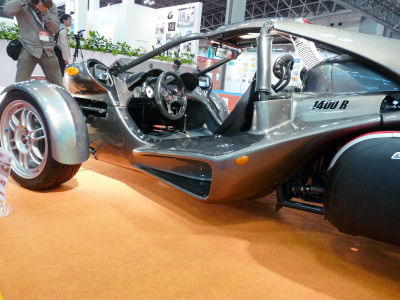 Switches, meters and on-board computers are the equipments from the original ZZR1400. 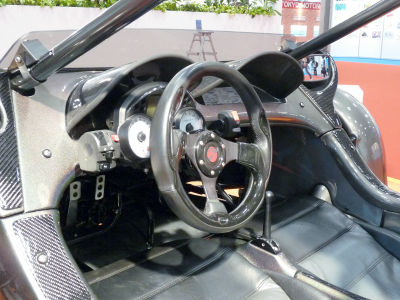 Kawasaki logo on top of the panel. It's operated just like the motorcycle. 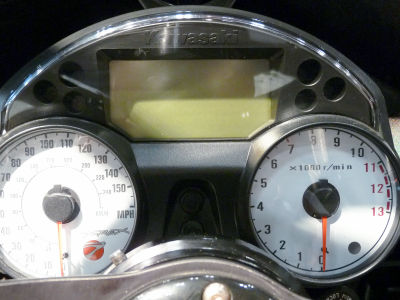 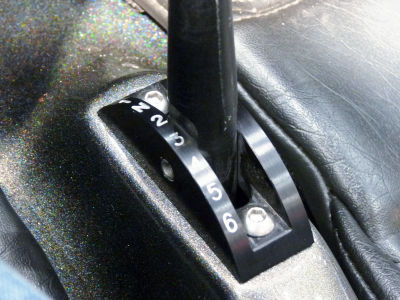 In the driver's seat. The front wheel comes right next to your leg. 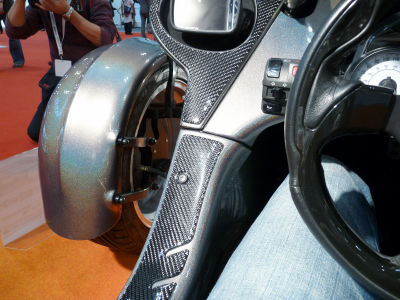 It's of course street legal. The powertrain is completely the one from the motorcycle but you need 4-wheeled car's license instead of motorcycle license.

Just for your information, its power-to-weight ratio is slightly better than Lamborghini Murcielago. See the video below. 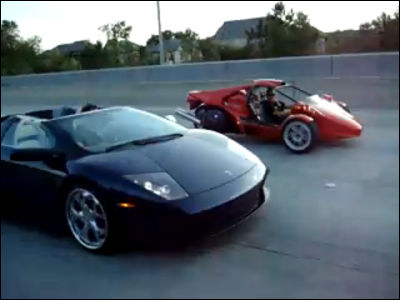 Lamborghini has much more power so it's inferior in top speed but in acceleration, T-Rex is as furious as Italian speedster. 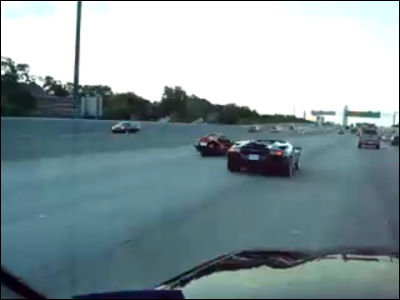