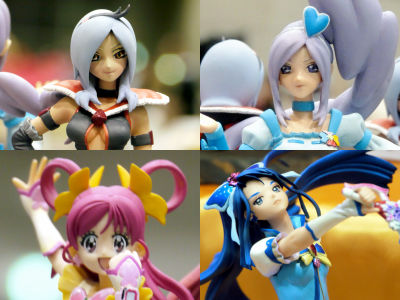 The Pretty Cure franchise started in 2004 and became hugely popular among small children as well as grownup anime fans. Many Pretty Cure figurines were on display at Wonder Festival, among them Cure Berry and Eas from ongoing Fresh Pretty Cure! and Cure Aqua from Yes! PreCure 5. 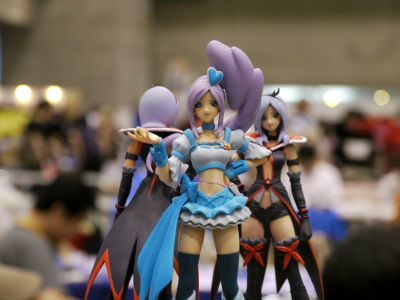 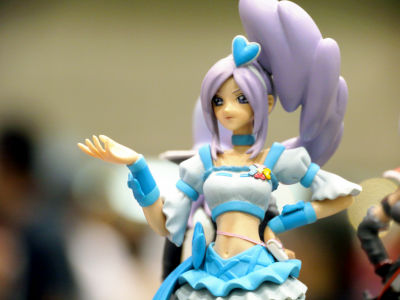 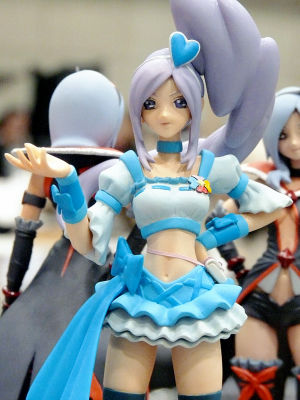 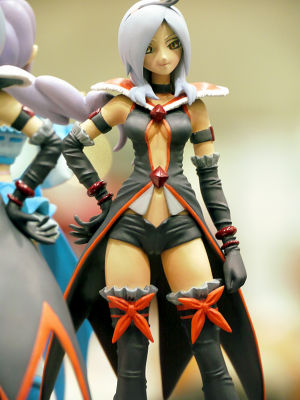 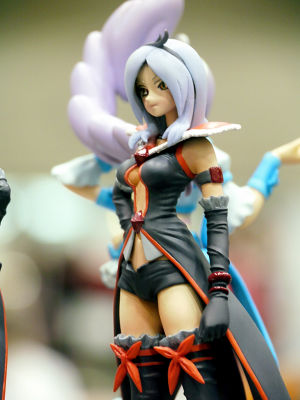 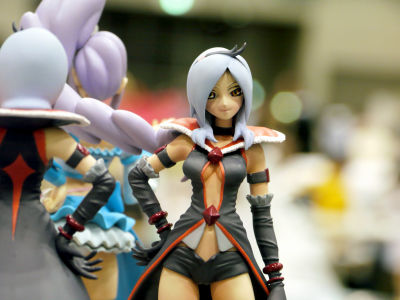 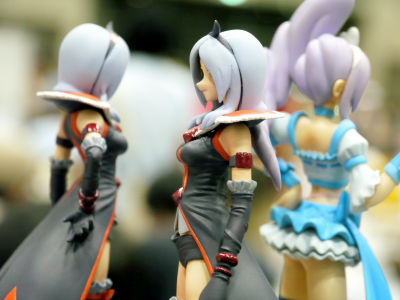 Another figure of Eas at Mojo Hands' booth. 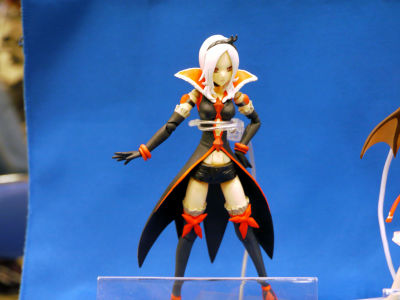 The cool beauty was quite popular even before she was reborn as Cure Passion. 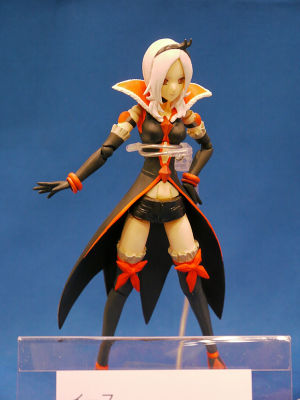 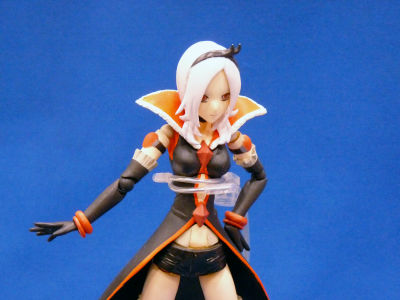 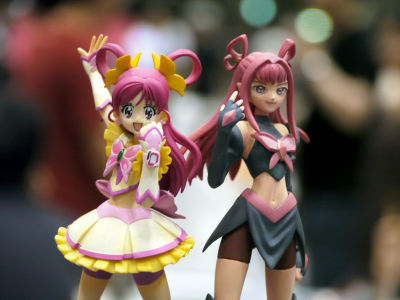 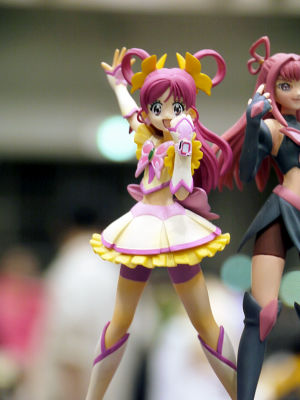 Dark Dream was originally a villain in the movie, but in the end she died defending Cure Dream from antagonist Shadow. 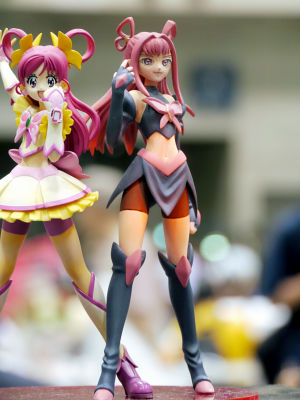 So it's only in their dream these two get to fight side by side. 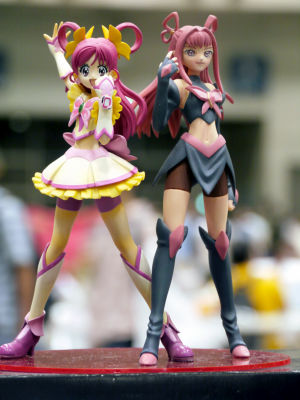 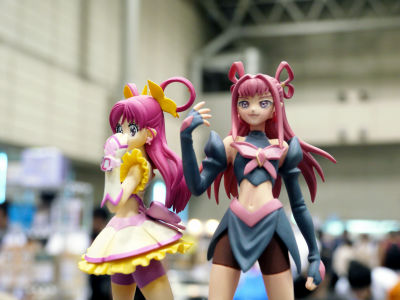 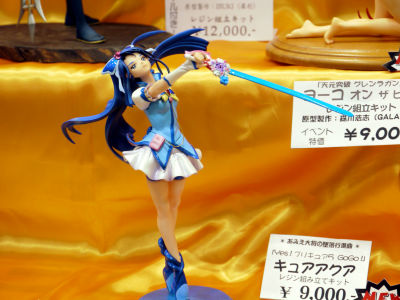 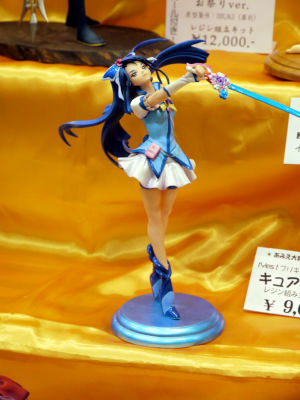 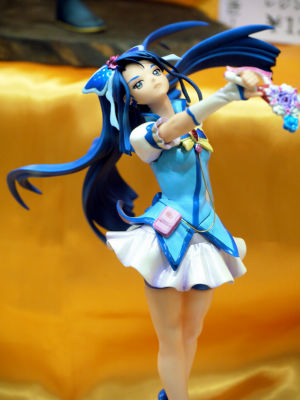 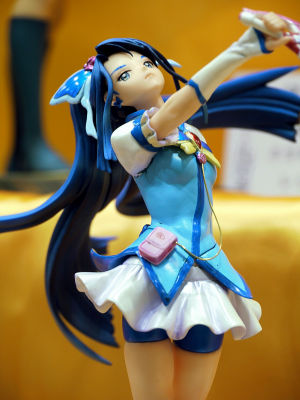 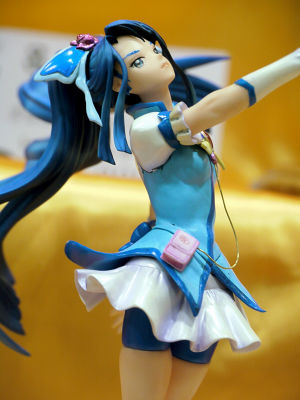 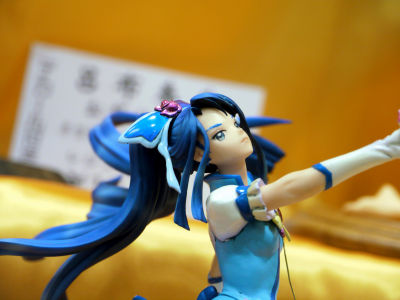