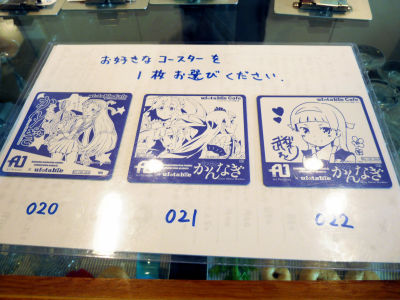 ufotable cafe is an café run by Ufotable, the anime studio best known for Kara no Kyokai series.

The café is holding an exhibition of original pictures from Kannagi: Crazy Shrine Maidens since May 19, handing out original beermats illustrated by manga author Eri Takenashi.

Here's a photo report of our visit.
ufotable cafe, located in Nakano, Tokyo. 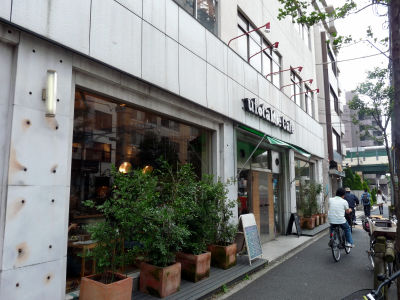 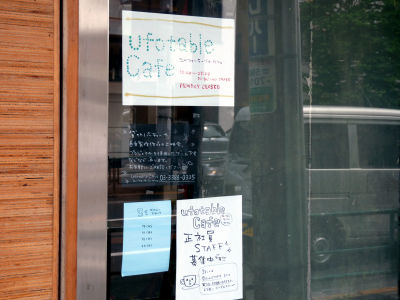 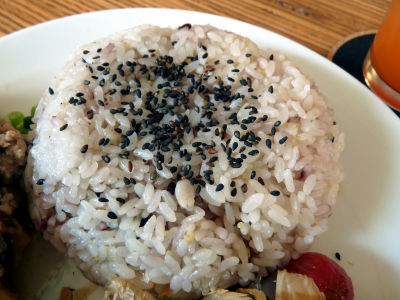 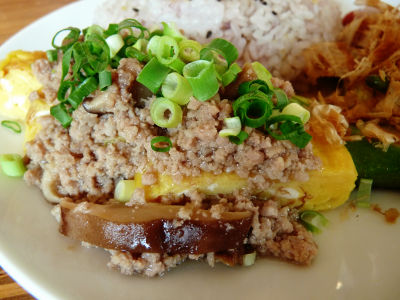 Boiled okura and little tomatoes marinated in soysauce based soup. 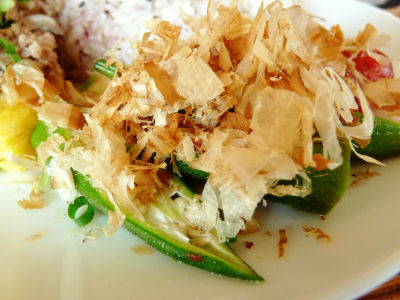 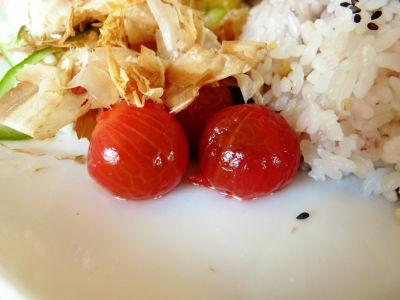 "First Star" was a refreshing concoction based on carbonated limeade. 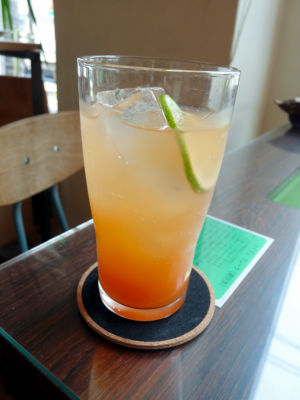 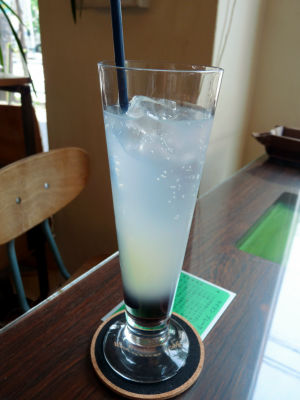 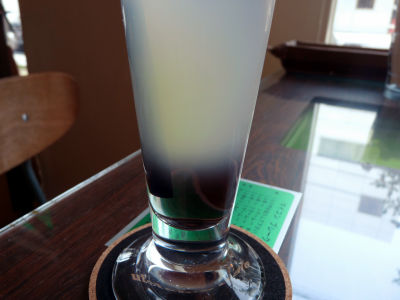 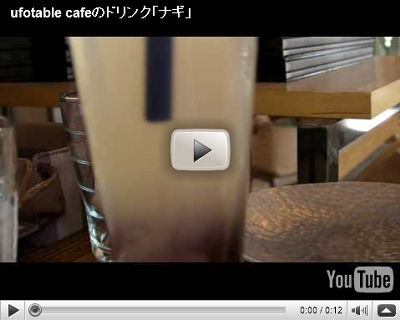 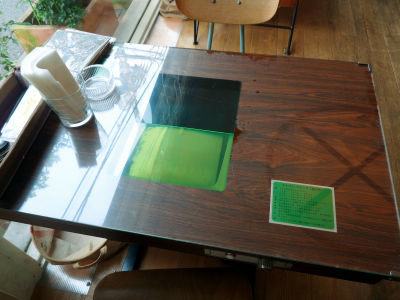 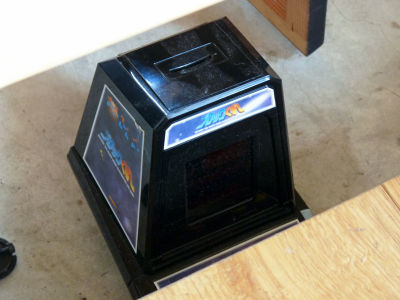 Sets of key animation book and flipbook of Kara no Kyokai were on sale. The seventh movie will come out this August. 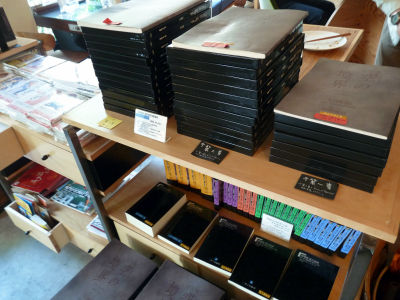 Volumes of Kannagi and other related products. 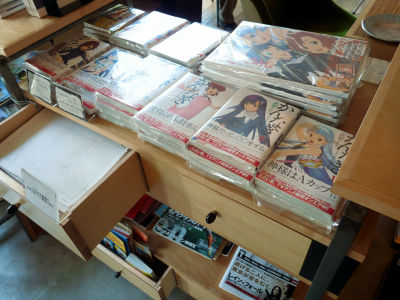 Sorry, we can't show them for copyright reason, but original pictures of Kannagi were exhibited. 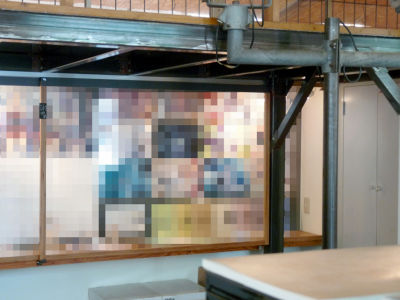 You can pick from three beermats.

Illustration by Satoshi Kadowaki, the chief animator of Kannagi. The three girls are Nagi, Tsugumi and Zange. 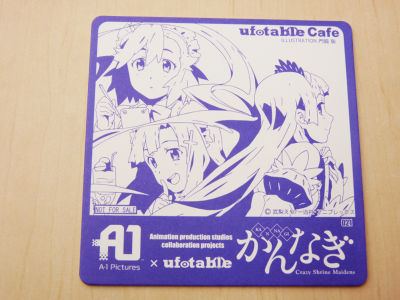 This one is by Eri Takenashi, author of the original manga. The manga serialized in Comic Rex went on a brief hiatus after Takenashi fell ill in November, 2008. Now that she's out of hospital and recovering at home, maybe we can see the series pick up where it left, sometime soon. 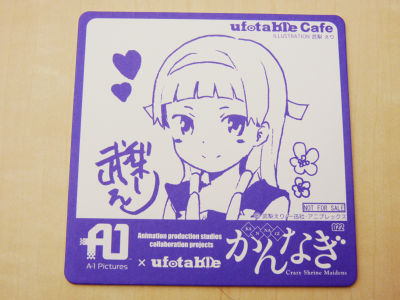