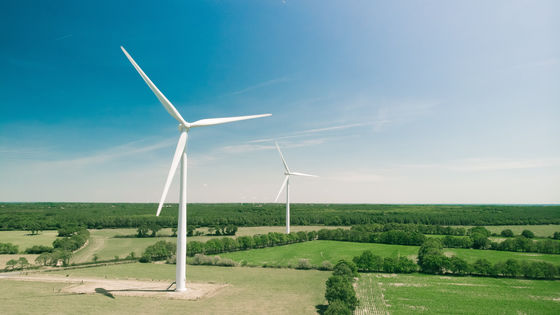 A near 100 per cent renewables grid is well within reach, and with little storage | RenewEconomy
https://reneweconomy.com.au/a-near-100-per-cent-renewables-grid-is-well-within-reach-and-with-little-storage/

ANU researchers and other research teams are conducting simulations on the construction of power grids using renewable energy. It differs from other simulations in two respects. In this simulation, it seems that real-time changing power demand is simulated based on the power-related data published by OpenNEM , which summarizes the public data of the power market.

It is assumed that wind power generation, solar power generation (individuals), and solar power generation (public works), which are the basis of renewable energy, will meet 60%, 25%, and 20% of the total power demand in one year, respectively. It has been. It is calculated based on how well each generation met the electricity demand over the past seven days. The proportions total over 100% because in an optimized model of a renewable energy grid it is important to have a large amount of excess generation. The reason for this is that rather than assuming that there will be a power shortage for several months, it is better to create a power generation plan assuming that there will be a certain amount of excess power generated each month, and to review the amount of power generated according to the excess or deficiency of power generation. It seems that it is because it is excellent. In the simulation built by the ANU research team, 18% of excess power generation occurs annually. The ratio of 60% wind and 45% solar is based on a rough optimization experiment, where wind tends to record above-average output in winter and at night, so solar is the only option. It's perfect for complementing. Renew Economy simulations show that 98.8% of annual electricity demand could be met with renewable energy. The remaining 1.2% is covered by other power generation. Other generation peaked on the night of July 12, averaging just 4.3% capacity factor for the year. Demand for hydroelectric power is also at a very low level of 6.9%, which is below both the initial forecast of 7.5% and the actual utilization rate of hydroelectric power in Australia of 8%. In addition, 17% of total wind and solar power generation is generated in excess of demand and 11% is stored. The stored electricity was used to meet 10% of the electricity demand. Furthermore, 82% of the electricity demand is directly supplied by wind power and solar power without using storage batteries. 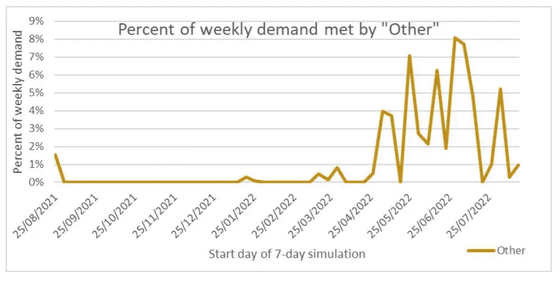 Therefore, the need for power generation methods other than renewable energy has become clear. Renew Economy points out that this clearly shows that in Australia from late autumn to winter, the power grid using renewable energy will have a difficult time. In fact, from late June to early August, photovoltaic power generation drops to about half of the annual average.

In addition, wind power generation tends to be above average during winter, but there are cases where wind power generation is significantly below average for two or three days in a row. As a result, the Renew Economy notes that there is often a demand for power that cannot be completely compensated for by existing hydroelectric power generation, and it is often difficult to meet the power demand with renewable energy alone.