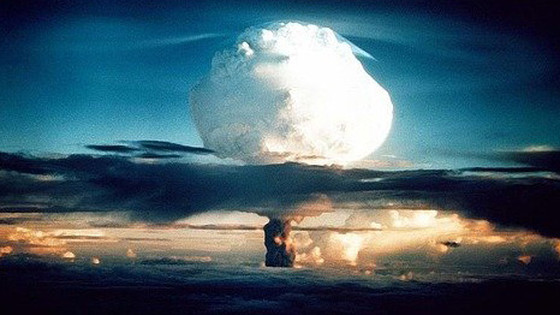 Since Russia invaded Ukraine, conflicts between Russia and Western countries such as the United States and Europe have intensified again. In the event of a nuclear war between the United States and Russia, post-conflict crop production estimates indicate that more than five billion people will die of hunger, according to Lili Shah, an assistant professor of environmental science at Rutgers University, and Alan Robock, an expert in environmental sciences. A research team of professors made a presentation.

Nuclear war would cause a global famine and kill billions, study finds
https://phys.org/news/2022-08-nuclear-war-global-famine-billions.html

The amount of this smoke emission was input into the 'Community Earth System Model', a mechanism prediction tool supported by the National Center for Atmospheric Research. Then, using this community earth mechanism model, we predicted changes in the production of major crops such as rice, wheat, soybeans, and corn in each country, as well as changes in pasture area for livestock and the amount of marine fisheries landings. Of course, when soot and smoke scatter in the atmosphere, the amount of sunshine is reduced, which has a large negative impact on crop production. Decreased yields of major crops will hit major mid- and high-latitude exporting countries, such as Russia and the United States, and force them to limit their exports. Countries that rely on imports for their crops, such as those in Africa and the Middle East, could then be severely disrupted.

The research team believes that even a 7% reduction in global crop yields would be the largest abnormal event in recorded history, and that the largest of the six war scenarios, the United States vs. Russia scenario, would result in human beings living on Earth within two years. more than 75% of the world's population, or about 5.8 billion people, are expected to go hungry. According to the research team, even if the crops used as feed for livestock were passed on to humans and food loss was reduced as much as possible, the effect was just water.

Associate Professor Sha said, 'In future research, we plan to look at the grain size of the crop model in more detail. For example, we need to consider the effects of the ozone layer being destroyed by stratospheric heating and the earth's surface being exposed to a lot of ultraviolet light. ' said.

Professor Lobock said, 'As long as there are nuclear weapons, humanity can use them, and the world has repeatedly been threatened with nuclear war. Banning nuclear weapons is the only long-term solution. The United Nations. The