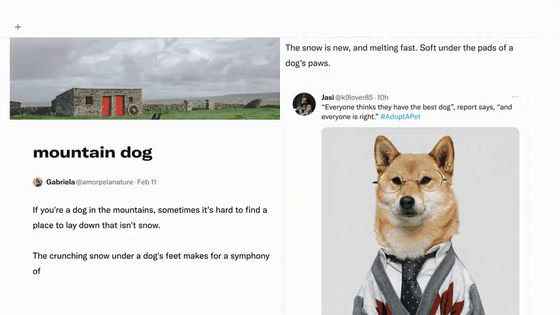 Twitter has a character limit of '140 characters per tweet', but it was revealed that a new function ' Notes ' that allows posting of long sentences without being bound by this limit is under test.

The existence of Notes has been reported for a long time , but Twitter has officially announced that it is being tested.

Notes on Twitter is a function for posting long sentences that do not fit in a normal tweet, and it is more like a Twitter version blogging function than an extension of a tweet. Images and tweets can be embedded in addition to text in the functions created by Notes, and header images can also be set.

We're testing a way to write longer on Twitter. Pic.twitter.com/SnrS4Q6toX

Notes can be used from 'Write' in the Twitter menu. 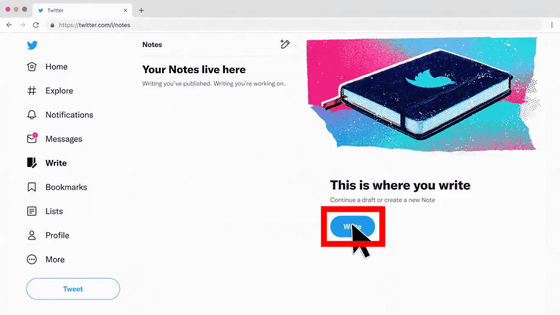 Then you can create an article. If you look at the center of the screen, you can see screens such as 'Drafts' and 'Published', so it seems that you can save drafts of articles and manage published articles. You can enter the title of the article by clicking the red frame. 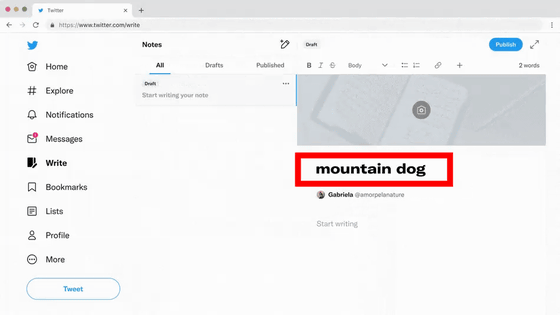 Click the icon at the top right of the screen to make it full screen. 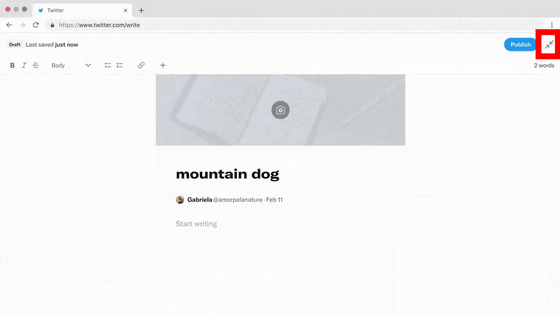 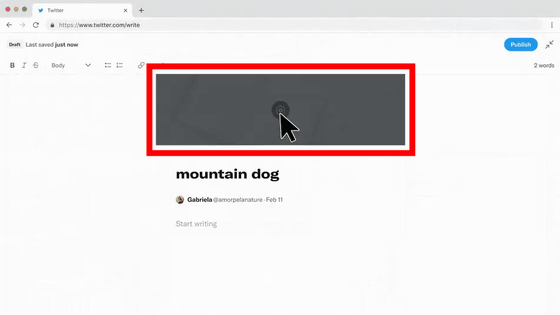 A horizontally long image can be set in the header. It has an aspect ratio similar to that of a Twitter profile image. 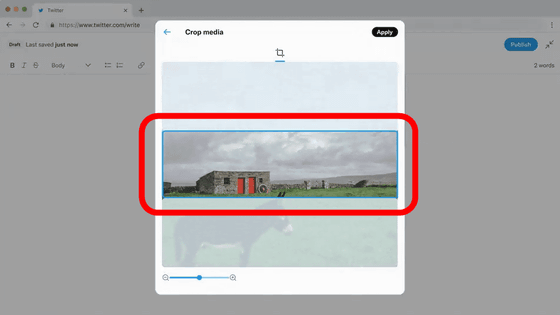 The body of the article can be entered from the bottom where the creation user and creation date are written. 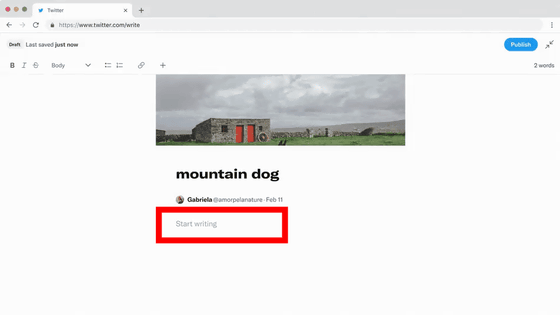 Enter it like this. You can express your words freely without being bound by the 140-character limit. 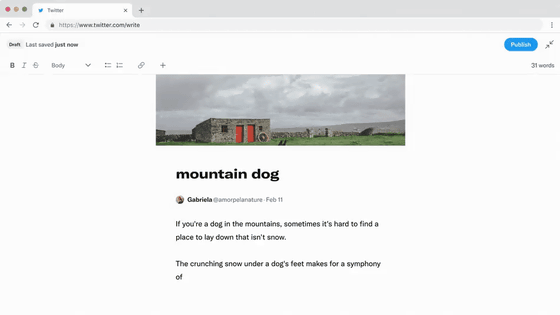 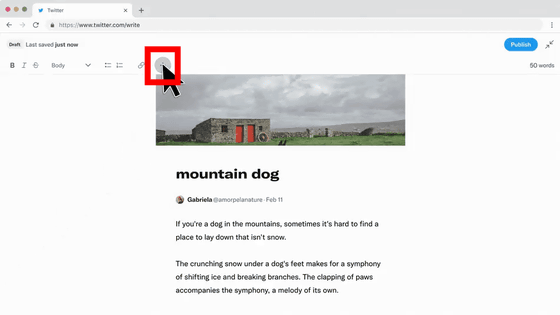 You can insert media, GIF, and tweets. 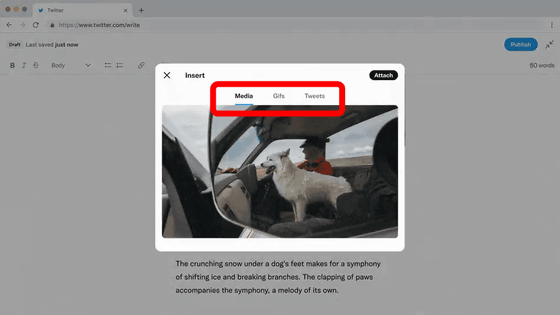 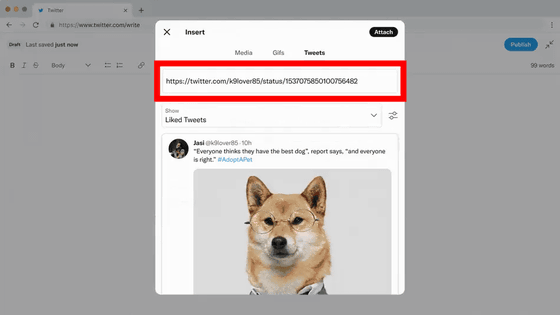 The tweets embedded in the article are as follows. 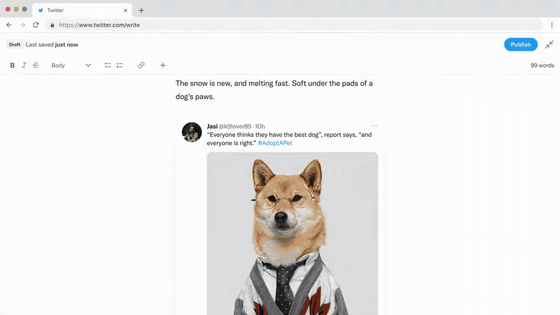 According to Twitter, the Notes feature is being tested by a small group of writers, allowing users in most countries and regions to check articles created as tests.

A small group of writers are helping us test Notes. They can be read on and off Twitter, by people in most countries. Pic.twitter.com/IUVVkr2vnl

However, at the time of article creation, when opening an article created with the Notes function from Japan, 'This page does not exist. Let's search another page.' Is displayed and the article cannot be checked. is.

Bethany Brookshire ( @BeeBrookshire ),'Save the galaxy, eat a porg?' Https://t.co/omnFvmP6Jo