Mobile Suit Gundam ' have collaborated, and 6 kinds of menus that are endorsed by Char have appeared. Of these, I went to eat the new menus 'Red Garlic Teriyaki' and 'Newtype White Trich', and 'McFizz Red Energy Flavor' offered in the original design cup. 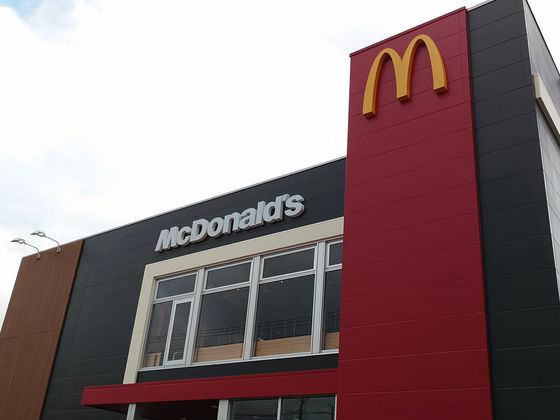 I ordered 'Red Garlic Teriyaki' and 'Newtype White Trich' as a set. In addition, you can change the drink to McFizz for +30 yen and Mac Float for +90 yen to the set price. Char was waiting on the tray. 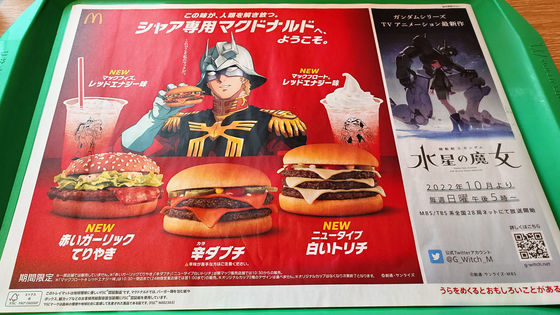 Smoked bacon on top of the 'red garlic teriyaki' patty. It's hard to tell by appearance, but the mayo sauce has a garlic soy sauce flavor. It looks spicy because it looks red at first glance, but the garlic flavor is fluffy but the sweet teriyaki sauce is strong. 'Newtype White Trich' has cheese dripping on the outside of the patty. 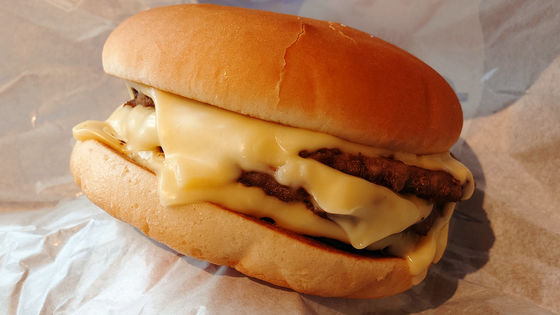 Cheese is tightly packed between each of the three patties, and the taste of the meat is wrapped in the mellowness of the cheese. From the outside, ketchup and pickles with chopped onions bring sourness and sweetness, giving the impression of a hamburger with an enhanced McDonald's orthodox taste. 'McFizz Red Energy Flavor' is a carbonated drink that contains honey and guarana. In the provided state, the dark part is sunk, and the upper part is moderately light pink, so I feel that Char's Zaku-likeness is often seen. Carbonic acid itself is not that strong.