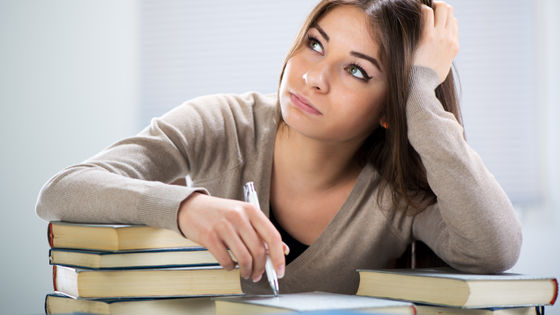 There are many people who have realized their lack of attention, such as being late for the promised time or breaking the deadline that they vowed never to break. Rob Rosenthal, a psychologist at the University of Colorado, has put together a strategy to help people who are not good at exercising attention, whether or not they have a formal diagnosis of ADHD.

These strategies and life hacks can help anyone with ADHD, as well as those who struggle with attention problems but don't have a diagnosis

◆ Organize and prioritize
'By recording important activities with a simple tidying system, you can improve your concentration,' Rosenthal said. Regarding the recording method, 'Ideally, focus on one tool such as a notebook or smartphone app. However, it is assumed that you do not distract on your smartphone. Daily schedule, regularly updated to-do list, Developing routines that include scheduling appointments on the calendar is the basis for increased concentration and management awareness. ' According to Rosenthal, it seems that the urgency of others is more important than their own needs when many people with ADHD try to do 'urgent but unimportant' tasks first, such as responding to the demands of others. It's a body. Another reason is that doing something for someone quickly leads to a positive feeling for you and frees you from stressful work.

The Eisenhower Matrix prioritizes 'most important things' rather than 'immediate satisfaction' as described above.

◆ Organizing the environment
After making a plan, there are several strategies to follow as planned. The important thing is to create an environment for productivity. In other words, limit distractions and create barriers to prevent temptation. Ideally, you should use

an app that blocks social media while you work and put your smartphone or computer in airplane mode. Rosenthal points out that you need to set environmental cues such as alarms and visual reminders, manage your time, and make sure you're following your target priorities.

Staying focused on work until just before the deadline not only makes you feel stressed at the last minute, but also affects other priorities and basic lifestyles such as eating and sleeping. So, Rosenthal introduced a method called ' disstructivity delay ' that keeps you focused on unpleasant tasks. First, set a cycle for which you can maintain your concentration, for example, concentrate on work for 25 minutes and take a break for 5 minutes, set a timer, and repeat it.

While doing this, it is possible that other unrelated work will come down, but at that time, write it down in a notebook etc. and think 'I should do it later' and return to the work in front of me. Is important. You can look at the notes when you enter the break, see if you need to do it right away, and either get it done quickly during the break or add it to your ToDo list as a new task. 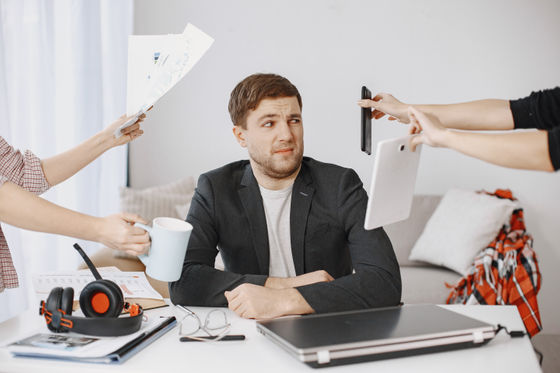 ◆ Support from the surroundings
To continue working, it is essential to have a support system to take responsibility and encourage yourself. These include friends and family, therapists, group therapists, and online forums for sharing goals and receiving feedback.

As another effective support method, Rosenthal introduces ' body doubling '. This means working physically or virtually in front of acquaintances and family members. You can do the same job together, or you can do the job yourself and the other person just listen to your favorite music. By doing this, it is expected that you will be more focused and less anxious.

◆ Sleep
According to Rosenthal, people with ADHD are not good at going to bed at fixed times and often have difficulty falling asleep. Much evidence suggests that irregular sleep can perpetuate a cycle of alertness.

'Following bedtime and waking up at the same time every day is part of a good sleep strategy, and avoid cigarettes, caffeine, big meals, and alcohol within a few hours of sleep,' Rosenthal said. Also, don't take a nap eight hours before bedtime, 'he emphasized the importance of the sleep cycle.

It is also important to learn how to relax before going to bed. 'It usually takes a while to fall asleep, but if you can't sleep after 45 minutes, get out of bed and relax until you're sleepy again,' Rosenthal said. Looking at the clock is not useful for falling asleep.

Finally, Rosenthal said, 'When embracing these strategies, start with the ones that are closest to you. People with ADHD often pursue novelty and dislike their daily lives. It's worth living a daily life. Instead of trying to get things done at the last minute, you may find that you have time to spare and take pride in what you've done. ' Said.