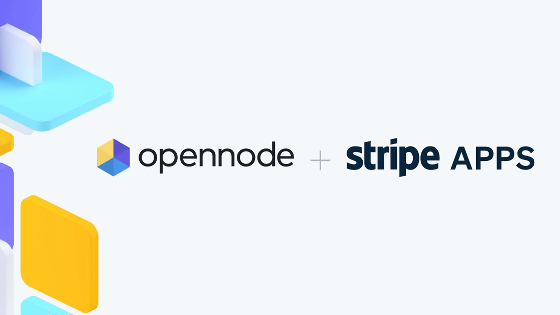 Stripe , a leading online payment service, has announced the mechanics of a third-party app that can extend the functionality of its dashboard. Following this announcement, Bitcoin payment service OpenNode announced the development of an app for Stripe, revealing that it will be possible to check Bitcoin wallets and convert sales to Bitcoin on Stripe's dashboard.

Following the above announcement, OpenNode, a Bitcoin payment service company, announced an app for Stripe, revealing that sales can be converted to Bitcoin on Stripe's dashboard.

The introductory page for OpenNode's Stripe app has already been published, with screenshots of how to convert sales to Bitcoin. According to the introductory page, the conversion to Bitcoin will be executed immediately after each payment. In addition, you can convert any amount from your account to Bitcoin. 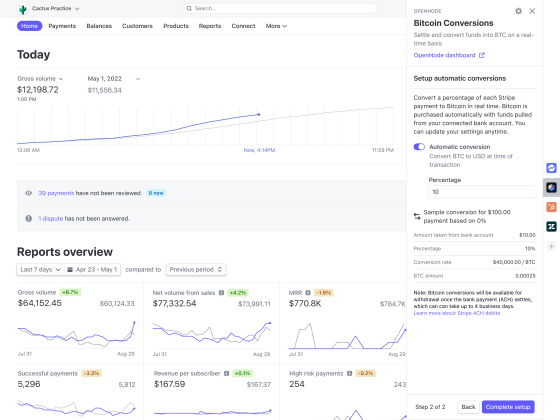 You can also manage your Bitcoin wallet on your dashboard. 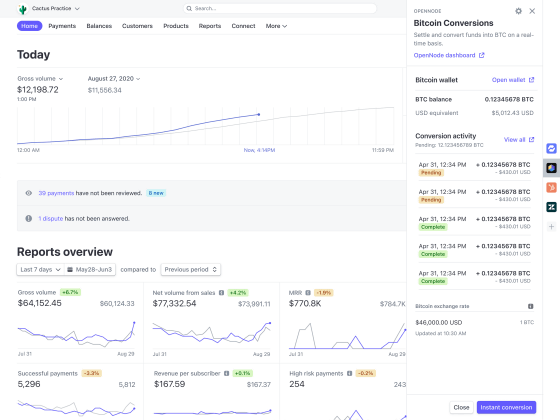 You will be able to install the Stripe app within the next few weeks. In addition, apps such as Mailchimp, a mail delivery service, and Dropbox, a cloud storage service, are already registered in the app store . 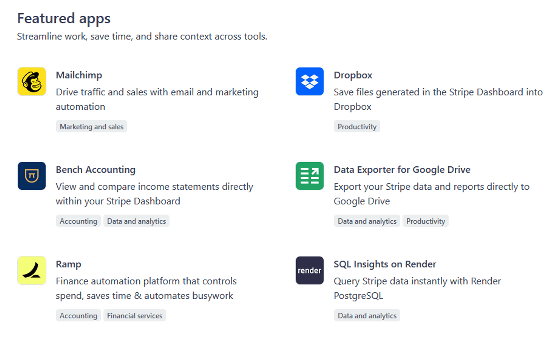