Meta has released a demonstration movie to experience mixed reality (MR) by CEO Mark Zuckerberg himself using Project Cambria, a next-generation VR headset under development. The demonstration that CEO Zuckerberg experienced is called 'The World Beyond' and will be released soon.

Mark Zuckerberg just shared a first look at what mixed reality experiences will be like on Project Cambria, our high-end VR headset coming out later this year.

Zuckerberg has a stand-alone VR headset under development. It's mosaic-processed, so it's not clear what kind of VR headset it is. Zuckerberg sees the surrounding rooms in full color, and at the same time sees mysterious little animals moving around. Apparently, he is playing with a ball falling on the floor. While pinching out, it shows a touch like playing against the wall. Then, the ball that the small animal was playing flew away, hitting the wall and reflecting. When the ball hits the wall, ripples are created. In addition, CEO Zuckerberg crouches and holds his hand over the small animal chasing the ball. Then, I succeeded in stroking the head of a small animal. Meta emphasizes the experience of Project Cambria as mixed reality (MR) rather than virtual reality (VR). For example, while browsing on a virtual desktop ... 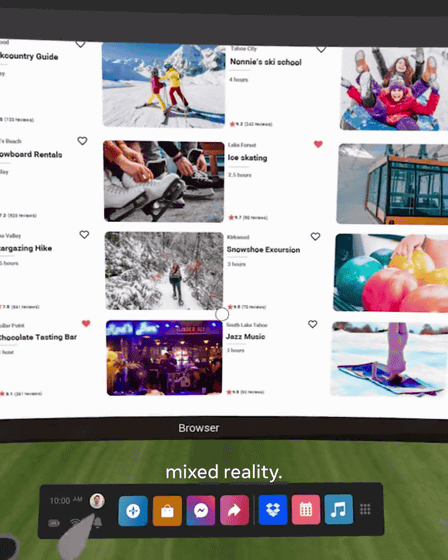 You will also be able to record information in your notepad in a pass-through reality. You can also use MR to use your room like a yoga studio. 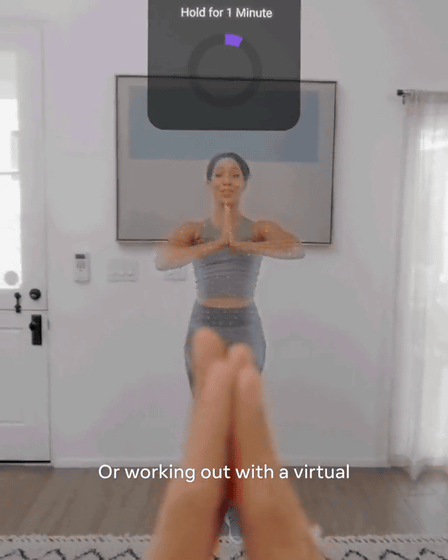 In addition, Meta has released the following movies about Project Cambria. The hand is reflected in the pass-through. At the same time, the exchange of messages with acquaintances is displayed in the virtual space. You can even share a model while talking remotely with people far away. When you hit the corner of the room with a hammer ... A fishing pond appears. You can feel like fishing in the room. 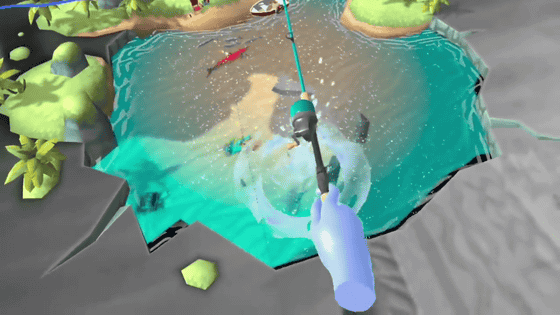 Faced with the opponent's avatar ... You can also play chess. You can move the chess pieces directly with your own hands, not with the controller. And the point of Project Cambria is 'MR utilizing full-color pass-through'. A woman wears a VR headset from Project Cambria, but the goggles are barely visible. 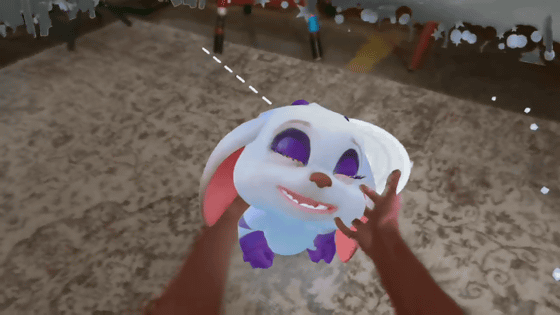 A completely different virtual space is drawn in your room. 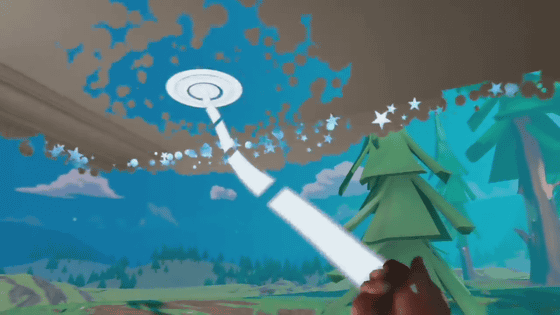 A huge fish swam in the room.