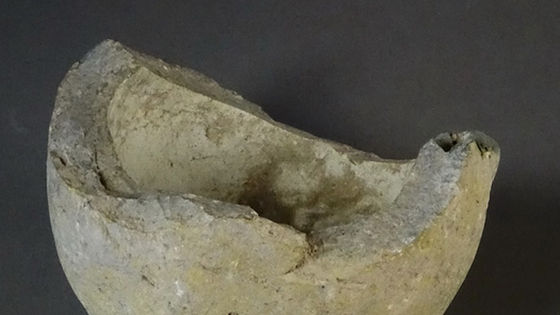 Research results have been announced that the pottery from the 11th and 12th centuries excavated in Jerusalem was a 'grenade'. The research team claims that a ceramic grenade may have been thrown into a Crusader fortress for the purpose of disturbing it with sound and flash.

Ancient Objects May Have Been Explosive Hand Grenades Almost 1,000 Years Ago
https://www.sciencealert.com/researchers-think-they-ve-found-ancient-1-000-year-old-hand-grenades

China's black powder is particularly famous for the gunpowder used in the medieval war, but there are records in Europe that the gunpowder called Greek fire was used for incendiary weapons. Greek fire was mainly used by the Byzantine Empire, but the Arab side, which was in conflict with the Byzantine Empire, could not imitate the Greek fire method, so it was countered with a grenade using a proprietary method. There is a record that.

A new paper published by Kearney Mathison of Lakehead University in Canada states that one of the vases excavated in the Armenian district of Old City of Jerusalem in the 1960s may have been used as a hand bullet. The actual jar is below. 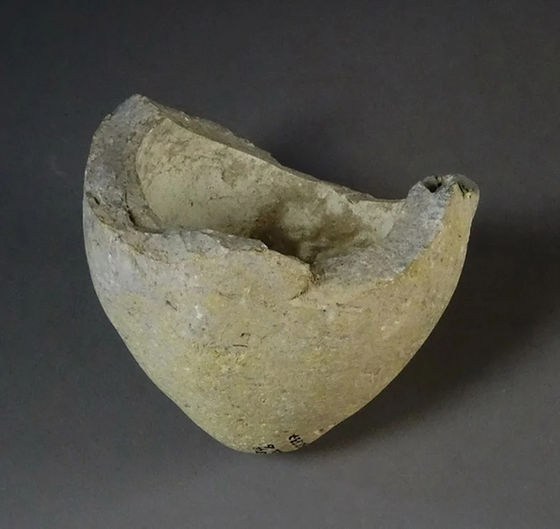 Using an optical microscope and gas chromatography-mass spectrometry , Macison et al. Confirmed that the concentrations of potassium nitrate and sulfur , which are typical explosive substances, were significantly higher inside the jar.

Mathieson et al. Said, 'The hypothesis that the jar was used as a grenade is worth considering,' said Mathieson and colleagues, saying that the shape and thickness of the jar may also assume the pressure resistance required to be the outer shell of the grenade. There is. ' However, since fatty acids used not only in grenades but also in lamps were detected, 'it may have been just an oil bowl,' he said.

Since it has been a long time since the manufacturing method of Greek fire and other explosives used in the Middle Ages was lost, Mr. Massison said, 'By studying these vases and contents, technical consideration of primitive explosives and operation in the Mediterranean Sea You will have a better understanding of the history of the bomb. '