The common people's taste 'Tuna can' contains mercury that is harmful to the human body. How many cans can be eaten a week? 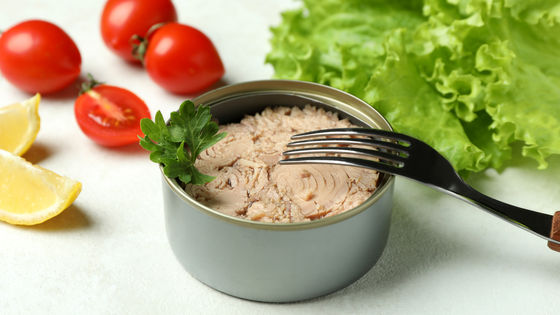 As you can see from the fact that tuna mayo is

the most popular convenience store rice ball, tuna is a food that is popular with many people because it is delicious at a reasonable price and rich in nutrients such as protein and polyunsaturated fatty acids . However, such tuna also contains mercury, which is harmful to the human body. Experts explain why tuna contains mercury and how much tuna can be eaten.

How much tuna can I eat a week before I need to worry about mercury?
https://theconversation.com/how-much-tuna-can-i-eat-a-week-before-i-need-to-worry-about-mercury-176682

According to Simon Apte, who studies trace metals at the Australian Federal Institute of Science and Industry, and Chad Jarolimek, an environmental pollution expert, mercury is a widely present substance in the natural environment, including fish and shellfish. In particular, those caught in the sea tend to have higher mercury concentrations due to bioaccumulation .

Bioconcentration is the accumulation of harmful substances contained in food in the food chain where small fish and plankton are eaten by medium-sized fish and then eaten by animals such as larger fish. It means going. To make matters worse, the majority of mercury contained in fish is methylmercury , which is easily bioaccumulated. For example, Minamata disease , which is a pollution in Japan, is also caused by the methylmercury compound contained in fish and shellfish in the diet. It has become clear that it is a substance. As a result, some researchers have long been concerned that tuna cans may contain high levels of mercury. What is the amount of this mercury that does not affect health? According to the provisional tolerable weekly intake prepared by the FAO / WHO Joint FAO / WHO Expert Committee on Food Additives, which is an international organization on food safety, ' Methylmercury is 3.3 micrograms per kg of body weight per week, which is half that of pregnant women, 1.6 micrograms per kg of body weight. However, since mercury transfers from the placenta to the fetus and affects nerve development, it is recommended that pregnant women limit their intake of fish.

Now that we know the amount of mercury that can be ingested, the next question is how much mercury is contained in the tuna can. In fact, the research institute to which Mr. Apte and others belong measured the mercury actually contained in 3 cans of tuna in the verification experiment conducted by the science program 'Catalyst' broadcasted by the Australian public broadcasting station in 2015. doing. As a result, it was found that the concentration of mercury contained in tuna cans is lower than the safety standard '0.5 mg / kg' set by the Australian Food Standards Authority (PDF file) .

From this result, Apte et al. 'To reach the maximum allowable intake of mercury, about 25 cans of tuna containing 95 g per week for normal people, and about 25 cans per week for pregnant and those who wish to become pregnant. You have to eat 12 cans. Even the most ardent tuna lovers are unlikely to eat this amount. '

Most of the cans of tuna that can be bought at Amazon.co.jp etc. contain 70g per can, so when converted to the intake standard of Mr. Apte et al., 'About 34 cans a week, about 16 cans for pregnant people' is the upper limit of intake. This is a guideline calculation. 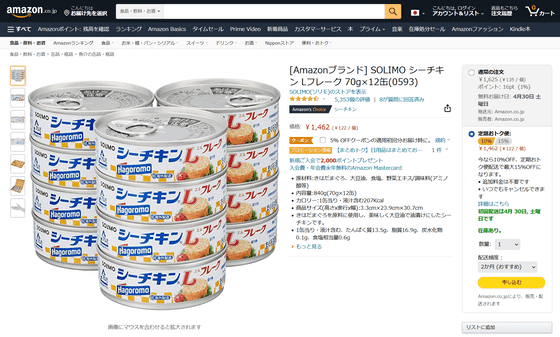