The classic conveyor belt sushi 'salmon' was born when the Norwegian salmon industry worked on Japan. 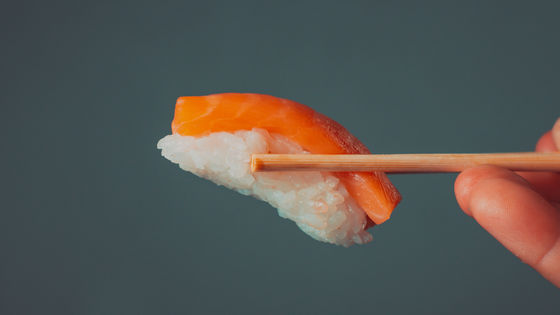 Salmon is one of the most popular conveyor belt sushi ingredients, but until decades ago, there was no culture of eating raw salmon in Japan.

NPR , a public radio broadcaster in the United States, summarizes that it is the salmon industry in Norway that brought 'salmon sushi' to Japan.

Ishikawa Shimao is a sushi chef who works at a sushi restaurant called Jewel Baco in Manhattan. A sushi chef who has handled various ingredients such as sea urchin and blowfish, Mr. Ishikawa has never eaten a bite of raw salmon. The reason is that in the history of sushi, 'until 30 years ago, there was almost no custom of eating raw salmon.' The Norwegian salmon industry changed that history 30 years ago.

In the 1980s, the catch of salmon was increasing in Norway, and the problem was that it could not be consumed. Therefore, the Norwegian government plans to hire Bjorn Eirik Olsen to export salmon to Japan, which is famous for eating raw fish. In order to promote salmon consumption in Japan, Mr. Olsen gathered the heavyweights involved in the Japanese fish industry and announced salmon sushi. 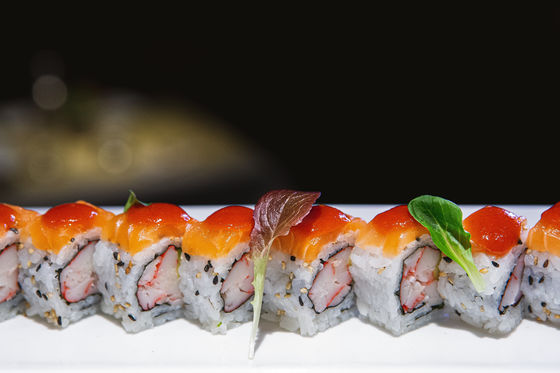 However, people in the Japanese fish industry said, 'It's impossible. We Japanese don't eat salmon rolls,' 'it doesn't taste good,' and 'raw salmon has a strange color.' In addition, Japanese salmon have parasites, so they did not have a habit of eating them raw, which seems to have been a cause of avoiding salmon sushi. It was Mr. Olsen's job to resolve the 'misunderstandings that Japanese people had in raw salmon at that time' mentioned above.

Excessive stock of salmon was a problem in Norway at that time, and it seems that tons of salmon were frozen in the commercial freezer. As a result, Mr. Olsen was under a great deal of pressure, and there was pressure to give up his dream of salmon sushi. However, Mr. Olsen succeeded in signing a contract with Japanese frozen food company Nichirei to trade 5,000 tons of salmon at a bargain price. After that, I thought that if Nichirei could wholesale salmon to sushi restaurants, salmon sushi would be popular in Japan as well. Looking back on those days, Olsen said, 'It was a happy day. It was like making history.' 'Salmon sushi has become accepted by Japanese people,' said Olsen, who discovered that salmon sushi was joining the ranks of food samples placed at conveyor belt sushi chains a few years after its distribution. I heard he was convinced.

The popularity of salmon sushi in Japan has greatly helped the Norwegian salmon industry, but 'Norway also helped Japan with salmon,' NPR reports. The reason is that salmon, which is widely accepted in the world, is especially popular overseas as a standard sushi menu. Especially greasy salmon meat is a favorite of children, and it is said that it is also excellent as an iron plate material to be eaten first by people who are resistant to sushi.