What is the manufacturer's challenge to break Nintendo's strict copy guard? 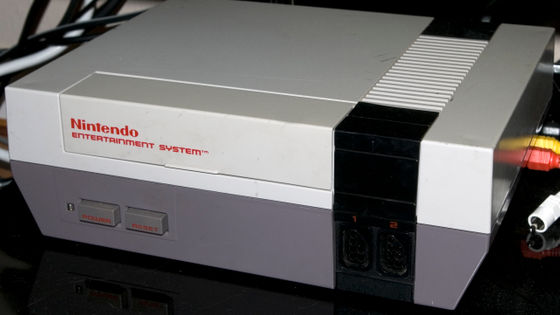 Atari, which developed the Atari 2600 in the 1980s, was flooded with low-quality third-party software, which led to lower prices for game software and worsened management. To avoid this, Nintendo introduced a strict lot management system, but game companies such as Tengen tried to deviate from management. Developer Nicole Brannagan explains how Tengen tried to escape Nintendo's eyes.

The games Nintendo didn't want you to play: Tengen
https://nicole.express/2022/the-center-point-can-not-hold.html

Atari splits and sells the consumer division as Atari Corp. due to management reforms. The remaining arcade division was renamed Atari Games. After that, when Atari Games decided to handle consumer games again, the name 'Atari' could not be used, so a subsidiary 'Tengen' was created, which was derived from the Go term 'Tengen'.

When Nintendo began rolling out the Nintendo Entertainment System (NES) in the United States, Tengen ported works such as Atari's hit ' Gauntlet ' to NES. 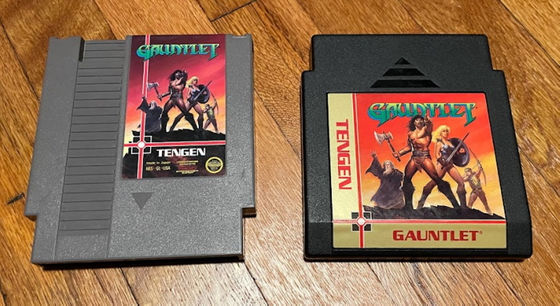 However, when Nintendo introduced NES to Europe and the United States, in order to avoid cases such as the

Atari shock that the Atari 2600 was flooded with low-quality third-party software, consumers were discouraged from purchasing. It was equipped with a copy guard such as ' 10NES ' and implemented a program to license third-party developers. To avoid this, Tengen tried to somehow disable Nintendo's locking system.

10NES contains a small microcontroller that runs a program that exchanges random numbers, which communicates with the microcontroller of the cartridge, resets the NES at 1 second intervals when it detects a mismatch with the normal pattern, and plays the game. It was to inhibit.

Camerica , which was developing game software for NES, tried to interrupt the reset operation by installing a system that generates negative voltage in the cartridge, but this would damage the game machine itself. It was something I could give. Therefore, Tengen decided to develop a clone 'Rabbit' of the cartridge that communicates with the main body separately, and misunderstand it as a regular cartridge of Nintendo. 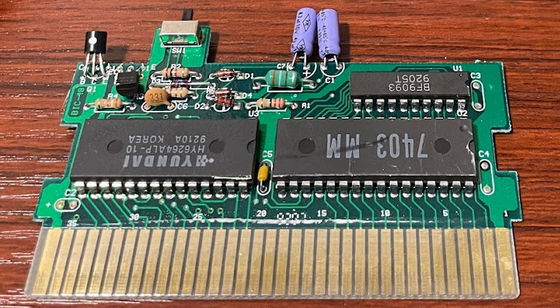 Tengen was licensed by Nintendo for 'Pac-Man' and early 'Tetris,' but avoided Nintendo's locking system for 'Gauntlets' and 'Afterburner.' However, Tengen was able to create Rabbit because he was plagiarizing the lock system code from the US Copyright Office. Tengen had sued Nintendo for violating the Antimonopoly Act, but Nintendo conversely sued Tengen for plagiarism, etc., and finally settled on conditions favorable to Nintendo.