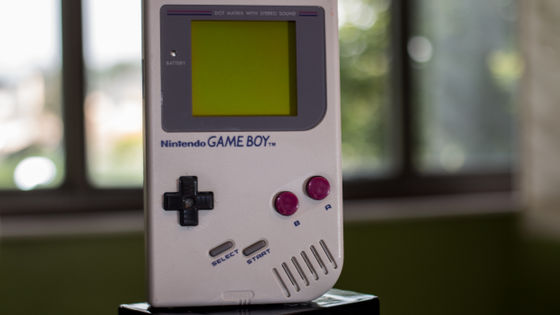 Nintendo's European Research and Development Department (NERD) , which helped develop the emulation technology for the game software ' Super Mario 3D Collection ,' which ported three masterpiece games such as ' Super Mario 64 ' to Nintendo Switch, is a Game Boy for Nintendo Switch. Information was leaked that we are developing emulators for GB) and Game Boy Advance (GBA). 'One day, GB / GBA software may be added to Nintendo Switch Online,' said Kotaku, a game news media.

On April 19, 2022, Twitter user Trash_Bandatcoot ( @trashbandatcoot ) tweeted that 'information about the emulator being developed by NERD was leaked to 4Chan.' You can see GBA game titles such as ' Mario Kart Advance ' and ' Pokemon Pinball Ruby & Sapphire ' in the emulator screenshots that are reportedly tested on the Nintendo Switch.

So Nintendo's official Game Boy Advance emulator for the Nintendo Switch just leaked. Now it's just a matter of waiting for NSO to add GBA. Pic.twitter.com/mEJcKrRtzL

... called Sloop, and the 7z archive is called Hiyoko, which is a Game Boy emulator, with all Game Boy games being separate applications. These emulators are developed by NERD (Nintendo Europe Research & Development), and are both functional, albeit with a few bugs. (2 /?) pic.twitter.com/RRUAVvz2BX

In addition, Ratgorl Hunter (@RatgorlHunter) tweeted videos running the emulator on Nintendo Switch, but the tweets were deleted for each account at the time of article creation. In addition, you can check his tweets on the Wayback Machine of the Internet Archive, and you can also check this video that another user captured the tweet on your smartphone.

Here's a screen recording of what he posted
Hopefully the nintendo ninjas aren't going to strike me down! Pic.twitter.com/1qcHoB4Y7C

In addition, MondoMega ( @Mondo_Mega ) has published a 'list of games tested by developers'.

The library of GBA games they've tested for this thing is massive. Tested is the key word; doesn't mean they'll all actually launch on the service. Yellow = in the rom folder at some point but not in the leaked build ..

There's one other game with evidence of being tested though- https://t.co/QQDBDcdAZp pic.twitter.com/lGSB4Mg7Gt

However, since the leaked image shows an image that seems to be using the cartridge of 'EZ Flash', there are voices saying that 'the leaked image is a fake'. EZ Flash is a brand that unofficially develops emulators such as GB and GBA. Since Nintendo has clearly stated that such a device that infringes copyright is 'illegal,' it is said that 'there is no reason to bother to develop an emulator using an external device that the company considers illegal.' This is the opinion of the negative side.

Nintendo internally acknowledging EZFlash cartridges make this leak feel off to me. I don't think Nintendo developed it at all if it's real pic.twitter.com/GBNtBtgWHj

Another user tweeted, 'It was revealed from the Git repository that a NERD employee added an image of EZ Flash.' However, he said, 'Forging a Git repository and freely changing email addresses and names can be time-consuming and labor-intensive,' he said, and this information is not always correct.

A .git folder was left in the ROM, meaning we can access information about the git repository used for the project.

Since it's of interest to many people, the image of an EZ Flash cart was added by a NERD employee on August 7th, 2020. (name + partial e-mail redacted) pic.twitter.com/IrylKiuu4X