Why is 'stock investment by AI' not widespread? 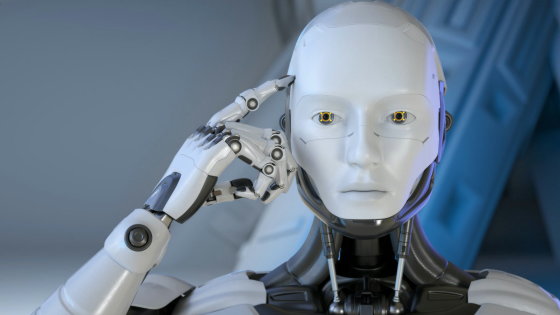 AI has been put to practical use in various fields such as board games such as Go, self-driving cars, and protein structure analysis. However, machine learning and AI-based decision-making are not widely used in 'investing in the stock market,' which seems to be compatible with AI at first glance. Therefore, research teams at the University of Cambridge and Oxford University announced the results of an analysis of 'Can stock investment using AI be put into practical use?' From multiple studies published from 2000 to 2018.

A review of machine learning experiments in equity investment decision-making: why most published research findings do not live up to their promise in real life | SpringerLink

Advances in technology are having an impact on the financial industry, such as the emergence of online payment services and online banking, and the term fintech , which combines finance and technology, is also used. In these fields, security systems using AI, measures against money laundering, identity verification of clients, etc. are being carried out, but AI is not so widespread in trading where financial products such as stocks and foreign exchange are traded for profit. ..

Barbara Sahakian , a professor of clinical neuropsychology at the University of Cambridge, said, 'Simple algorithms are commonly used by traders, but machine learning and AI are not common in investment decision-making, but machines. Learning is based on analyzing huge datasets to find patterns, and the financial markets generate huge amounts of data, so the two seem to be a clear match. '

Although some professional investment companies claim to 'use AI in their investment decision-making process,' no official performance information is available. Also, it seems that some investment companies that have adopted AI manage billions of dollars (hundreds of billions of yen), but it is not that large in the investment industry. On the other hand, in academic research, there have been multiple reports that 'machine learning algorithms have made it possible to make highly accurate financial forecasts,' and there is a gap between research and reality.

So Sahakian and colleagues have teamed up with 27 peer-reviewed studies on 'Machine Learning Algorithm Stock Market Prediction Experiments' published between 2000 and 2018 to find out why AI investment isn't widespread in the real world. I analyzed it. According to the research team's analysis, most of the experiments investigated were running 'multiple market forecasting models' in parallel, and the extremes were running hundreds of models. And in most cases, the authors suggested the 'highest-performance model' as a result, 'that is, the best results were cherry-picked and all non-optimal results were ignored.' Sahakian and colleagues say. These approaches can only execute one particular strategy at a time and will not work for real-world investments that are irrevocable, even if they make a profit or loss. It may also be considered illegal for an investment company to execute multiple investment strategies and publish only the successful ones as a representative example.

Furthermore, in the paper reviewed by Sahakian et al., It seems that the market forecast was possible with a very high accuracy of about 95%, but in the actual market forecast, a mistake of 5% can be a big problem. A 5% mistake does not mean a '5% loss' as it is, and if a misreading occurs in a serious situation, there is a risk of losing most of the investment funds.

Also, most AI algorithms are 'black boxes' in content and cannot guarantee transparency such as 'this investment algorithm works this way'. In the real world, this is likely to be a concern for investors and can also be a regulatory issue, Sahakian and colleagues say.

In addition to the above, none of the studies reviewed this time take into account the EU financial market regulations

MIFID II and corporate ethics, and it is pointed out that AI-based operations may cause ethical problems. I am. Experiments have had no effect on the real stock market, but the AI used lacks a design that guarantees ethical trading and is an ethical issue when operated in the real world. May occur.

'In our view, investment decisions based on machine learning and AI algorithms should adhere to two ethical standards: one is to make AI itself ethical, and the other is environment, society and governance. Make ethical investment decisions that take into account that AI will not invest in companies that could harm society. ' From the above results, it is claimed that AI explained in academic experiments cannot be operated in the real financial industry. In addition, the research team is also comparing a handful of AI funds whose performance is open to the public with an index showing market movement, but the result is that the investment result by AI was generally lower than the index.

Sahakian et al. Conclude, 'At this point, there are very strong cases that favor human analysts and managers. Despite all imperfections, empirical evidence shows that humans are superior to AI. I strongly suggest that this is partly due to the efficient human shortcuts to the mind when making quick decisions under uncertainty. ' Although AI-based investment decisions may become more widespread in the future, Sahakian and colleagues use AI to support decision-making and analysis, rather than humans being subordinate to AI, making final investment decisions. Insisted that the method given by humans would be good.