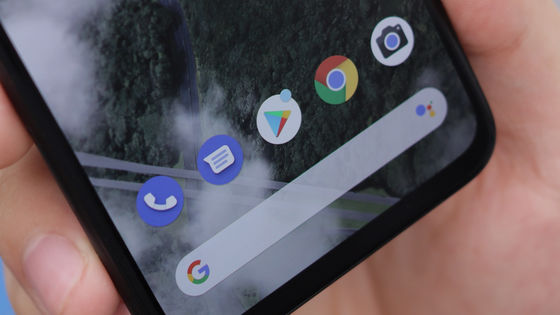 Google has announced that it will accept third-party payment systems on Google Play, the official app store for Android. But for

Epic Games, which had appealed to Google and Apple to allow third-party payment systems, it turned out that this wasn't enough.

On Wednesday, March 16, 2022 local time, Google announced that it would launch a pilot program to enable app developers for Android to use their own payment systems. The move is described by foreign media The Verge as 'the first step that could lead to a dramatic restructuring of the app economy.'

First from Spotify-GIGAZINE, which shows the policy that Google will allow Android apps to choose their own payment method 'Apple and Google continue to abuse market power with policies that curb innovation, raise prices and reduce consumer choice,' said Corey Wright, vice president of public policy at Epic Games. One deal does not change the anti-competitive situation. We continue to fight for a fair and open platform for all developers and consumers, working with policy makers and regulators, these gates. We hold the keeper responsible for anti-competitive behavior, 'he said in a statement to The Verge.

'Epic Games isn't part of Google's pilot program,' said Elka Looks, a spokeswoman for Epic Games. However, The Verge wrote, 'It's unclear if Epic Games declined the offer for the pilot program or was simply not asked to participate.' Google has also contacted the Coalition for App Fairness , of which Epic Games and Spotify are members, but no response has been received from a spokesperson. Epic Games and Spotify have long criticized the mobile app market dominated by Apple and Google. While Google is trying to loosen its stance on third-party payment systems, it has also become clear that Google will receive some fees from Spotify as part of its pilot program.