Microplastics are discovered in human blood for the first time 'Microplastic', which refers to plastic waste with a diameter of 5 mm or less, has long been a problem because it pollutes the ocean, and when humans eat the organisms that eat it, microplastics are taken into the human body. Concerns have also arisen. Cases in which microplastics have already been detected in human feces have already been confirmed, but this time, they were newly detected in human blood for the first time. According to a study published in the journal Environment International, scientists took blood samples from 22 healthy adults and analyzed them, and 17 of them found microplastics. Scientists say that half of them contained

According to Dick Vethaak of the University of Amsterdam, who led the research, this time we detected microplastics with a diameter of 0.0007 mm or more and an inner diameter of an injection needle of 0.514 mm or less. 'Whether particles can cross the blood-brain barrier and reach specific organs or cause disease,' Vethaak said, 'more funding needs to be provided for this study to pursue these. '. 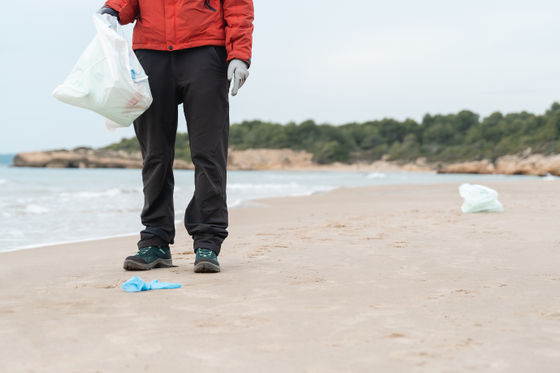 Vethaak admitted that the types and amounts of microplastics found varied widely between samples, which may reflect short-term behavior, such as what was eaten before the sample was taken. I thought. 'This is a pioneering and groundbreaking study,' said Vethaak, demonstrating his willingness to do larger studies.