There are various factors that make a person 'bored' by others, such as the person's actual personality, the personality and way of thinking of the person who considers it boring, but 'being in this profession' In some cases, stereotypes such as 'must be a boring person' are the cause. A study of nearly 500 people revealed a new 'hobby and profession that is considered boring.'

Scientists Surveyed What Makes You a Boring Person, And The Results Are Harsh
https://www.sciencealert.com/researchers-analyse-stereotypical-characteristics-that-make-people-seem-boring

Vinant Tilburg and colleagues at the University of Essex conducted five surveys of about 500 participants, both male and female, to clarify the hobbies and professions that people consider 'boring.' In the first survey, 115 participants were instructed to remember the boring people they met in the past and to remember their hobbies, professions, and characteristics associated with them. In the second and subsequent surveys, some of the hobbies and professions picked up were instructed to take actions such as being asked to evaluate 'how boring people think that hobby or profession is' on a seven-point scale.

As a result, participants cited a total of 920 features such as 'stubbornness,' 'boring,' and 'lack of imagination,' 336 occupations, and 338 hobbies. In addition, when we analyzed the results based on the evaluation of the participants, we found out the typical hobbies and occupations that are considered to be boring people. Below is a list of hobbies that are considered boring, with 'sleep' in first place, 'religion' in second place, and 'watching TV' in third place. In addition, 'math', 'collection', 'puzzle', etc. are lined up. 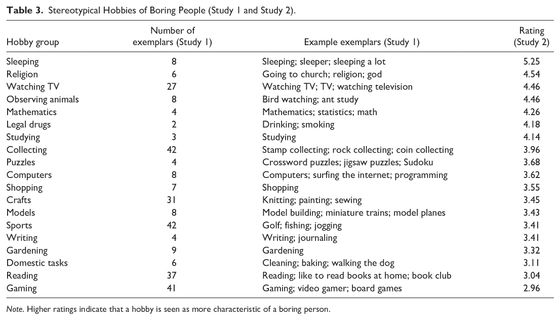 The following is a list of the characteristics of people who are considered boring, with the results being 'dull' in 1st place, 'not interesting' in 2nd place, and 'no hobbies' in 3rd place. We also found that people who are considered 'boring' by their hobbies and occupational stereotypes also tend to be considered 'loose in interpersonal relationships' and 'low ability.' In addition, such people demand the 'highest amount' in a survey that assumes that they 'do not want to introduce to others' or 'do not want to spend the same time' and that they will pay for the time they spend together. It was said that it was often done. 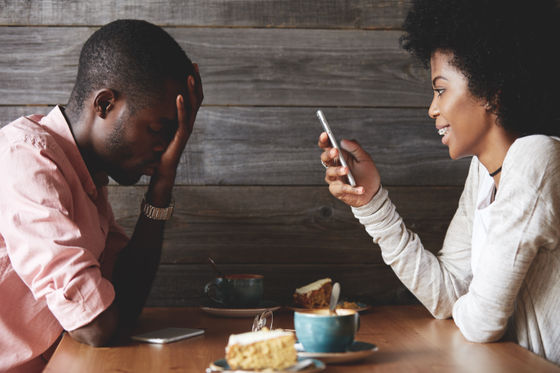 Tilburg et al. 'If you are considered boring, you may be considered less capable or avoided by others, but accountants are better than others in tax filing, for example. There is no connection between the impression and the reality, such as demonstrating. '

“Despite the negative impressions, people in occupations that are considered boring need to play an important role in society, which can increase the risk of having problems with mental health, etc. Those who are considered should receive some support and empathy, 'Tilburg et al.

In addition, Tilburg et al. May not consider the hobby of games and IT jobs to be 'boring' with the times, and because this survey was aimed at Americans and British people, for example, a hobby of 'religion'. It also suggests that stereotypes may differ depending on the time and place, citing the possibility that the evaluation will not be the same in other countries.