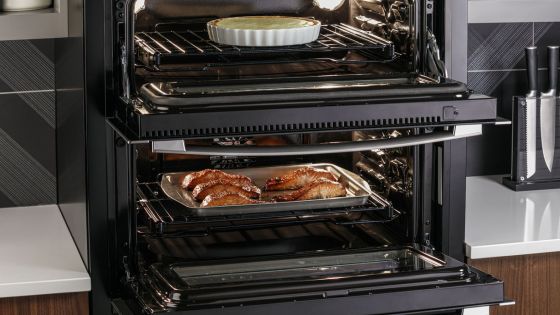 In recent years, IoT devices equipped with an Internet connection function have been mass-produced, and it has become possible to notify the completion of cooking in a microwave oven and remotely activate heating. Around such IoT devices, users reported that 'I wanted to use a microwave oven, but I was asked to connect to the Internet and it became unavailable.'

???????? ‍♂️ @GE_Appliances won't let me use convection roast on my new oven without connecting the oven to wifi. After a string of profanities I reluctantly downloaded the app and sat on the kitchen floor 10+ minutes trying to get it connected… unsuccessfully. The app is complete garbage pic.twitter.com/Omold25XKP

Software developer David Bernard reported the unavailability of the microwave oven. When Bernard tried to use the 'convection roasting function' in the oven of GE Appliances , an American home appliance maker, he said to the monitor installed in the microwave oven, 'Please connect to the Internet and update to the latest software.' Notification was displayed. Mr. Bernard said that he tried to connect to the Internet for more than 10 minutes, but the connection failed. 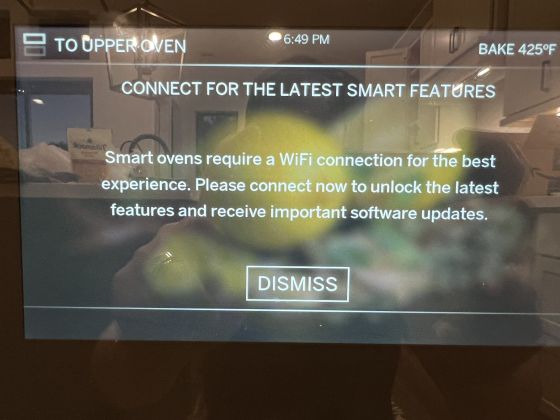 The oven used by Mr. Bernard is ' GE Profile 30' Smart Built-In Twin Flex Convection Wall Oven ', which is a high-end model sold for $ 3,665 (about 420,000 yen) at the time of writing the article. Bernard said that the heating function of the microwave oven was excellent, but told GE Appliances via Twitter that the convection roasting function was not available. 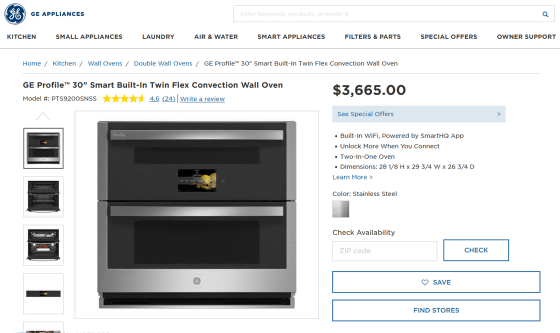 In response to the above tweet, the official account of GE Appliances apologized 'I apologize for the problem with the oven' and asked Bernard to share the model number and serial number.

Oh no David! We're sorry that you're having difficulties with your oven. It's disappointing to have a new appliance that's not working properly, and we apologize for the troubles. Please allow us to investigate. Can you DM us your model and serial #? Thanks. -AT

After Bernard posted the above tweet, the news sharing service Hacker News said, 'Smart ovens are garbage that you wouldn't buy if you have a rational mindset.' There are many criticisms of smart home appliances such as 'No.'

GE won't let me use convection roast on my new oven without connecting to WiFi | Hacker News
https://news.ycombinator.com/item?id=30570027