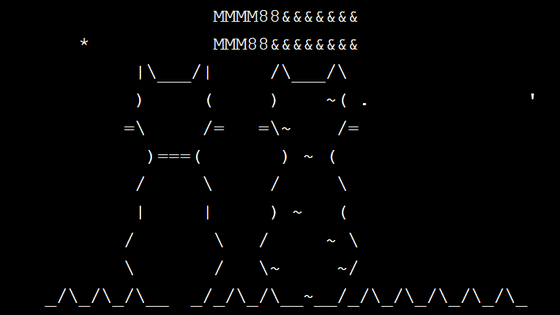 Raymond Chen, who has been developing Windows for 25 years at Microsoft, has published a blog about the secret story behind the development of a cat that once lurked deep inside Windows 8. 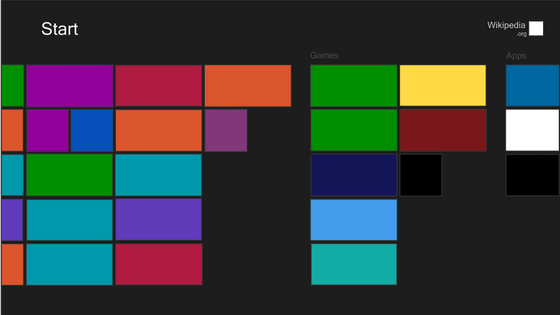 However, there are bugs in the development, and for some reason all layers may not be displayed. In that case, you'll see a pitch-black black screen, but looking at the black screen tells you if it's the video driver, the compositor , the shell, or just forgot to place the layer. not.

Therefore, as one of the aids in investigating the cause, the developers said that the cat AA (ASCII art) was placed as the bottom layer so that it could be detected that the layer was forgotten to be placed.

The cat's AA is a total of 9 animation formats, and the next frame is displayed every time a catastrophic error such as drawing the bottom layer occurs. In reality, it was rare that even the first frame was displayed, and the last frame was never displayed.

The AA animation of such a phantom cat is as follows. It was 9 sheets until the moon set and the line of 'Good Night Moon!' Was displayed, and when the 10th or later drawing was requested, it started to play in reverse.

This cat spent some time in the bottom layer, but the cat's AA uses the only monospaced font in the boot sequence, and the font rasterization process occurs only for this layer. It was said that time and memory were consumed. It is stated that it was eventually removed by the indication from the performance team.