Firefox And Pixar Animation Studios team up to help you show your true colors
https://blog.mozilla.org/en/products/firefox/true-colors-with-firefox-pixar-animation-studios-turning-red/

'I sometimes Lesser Panda', which will be distributed on Disney + on March 11, 2022, is a story about a 13-year-old girl, May, who lives in Chinatown, Toronto, Canada. Born into a tradition-oriented family, Mei actually respects her parents, but she also loves idols and trendy music that parents don't understand. The story is that Mei was angry with her mother and turned into a huge red panda, though I don't know why.


The main character transforms into a huge red panda, and the web browser 'Firefox' bearing the name of the red panda is the collaboration partner this time. Looking at the movie released as a collaboration memorial, Firefox is appealing at the pop tempo of 'I sometimes Lesser Panda'.


The special page is below. 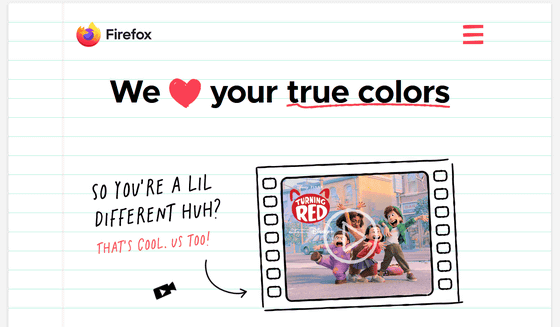 At the top of the collaboration page, the main character, who has transformed into a giant red panda, appeals for the start of Disney + distribution on March 11, 2022 and dances crazy. 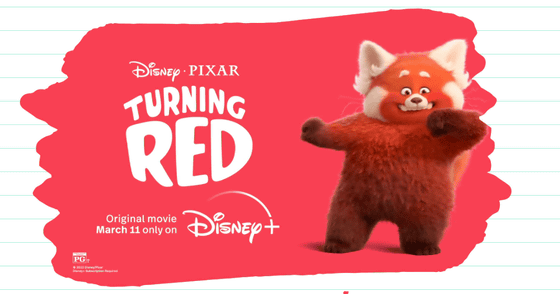 Some gimmicks are prepared for various icons under it ... A campaign where you can apply for a one-month free trial of Disney + with your email address ... 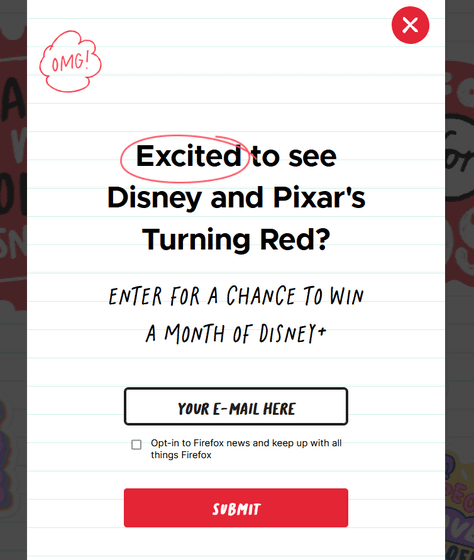 From the initials and constellations, there are generators that give you a nickname when you play an active role as a boy singer. Other than that, there is a Firefox 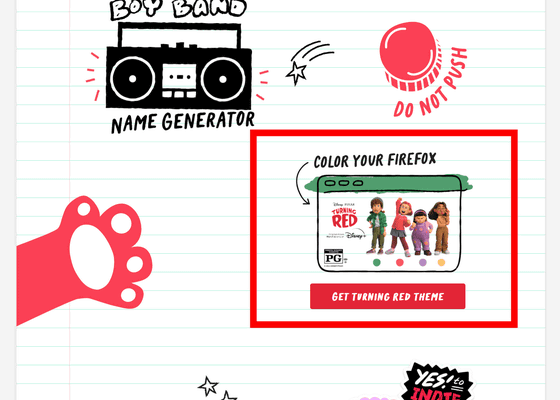 Six types of 'I sometimes Lesser Panda' characters are displayed in a row, so select your favorite character and click 'Save'. 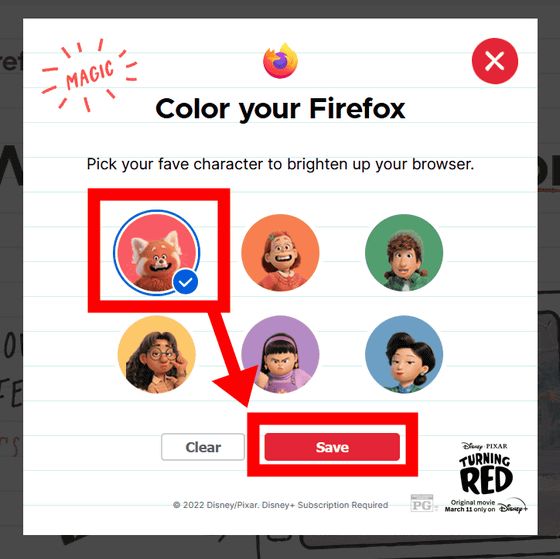 Then, Firefox transforms into the theme color of the character like this. 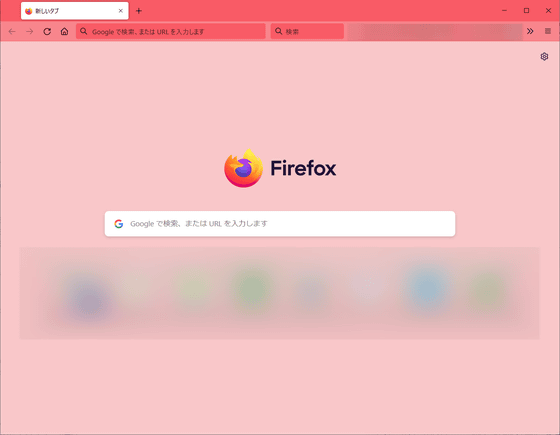 According to Mozilla, transforming into a 'I sometimes lesser panda' lesser panda is a bit uncommon, but it means 'anyone is important', which means to reform yourself, find your community, and continue to love yourself. The catch phrase 'I'm myself' is timeless. This collaboration is not a superficial connection of red pandas, but a sway between the hero's heart that sways between himself and himself who wants to be like this, and the desire to change the Internet with the sought after existence. It was that there was a deep theme that Firefox overlapped.

'I sometimes Lesser Panda' will be exclusively distributed on Disney + on March 11, 2022.