A bug was found where a part of the iPhone was recording a conversation with Siri without permission, fixed in iOS 15.4 beta 2 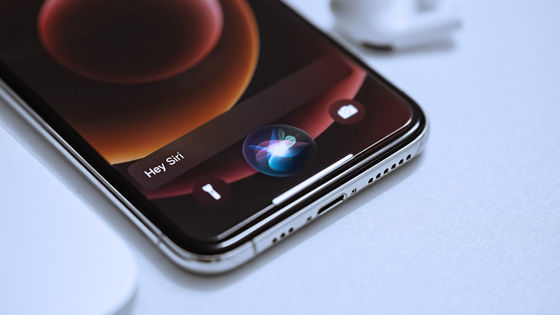 On February 8, 2022, Apple released iOS 15.4 beta 2, an iOS developer update. This update fixes an issue where some devices were recording conversations with the voice assistant Siri, even though they were set not to record conversations.

The Verge, an IT news site, said on February 8th, 'Apple's iOS 15.4 beta 2 may have recorded conversations with Siri on some devices regardless of whether they opt-out or not. It was found by the report of the news site ZDNet that the bug 'There is' has been fixed. ' This bug in iOS 15 reportedly automatically sets the 'Improve Siri & Dictation' setting to give Apple permission to record, save, and analyze conversations with Siri. It was said that it was enabled.

Apple has announced to the media that the audio collected by this bug has been removed. The company also explained that although most of the devices affected by this bug were fixed in iOS 15.2, the problem remained on some devices, so this time iOS 15.4 beta 2 will completely remove the bug. doing. For ZDNet, Apple said, 'In iOS 15.2, we fixed a bug introduced in iOS 15 while turning off the' Siri and Voice Input Improvement 'setting for many Siri users. This bug was mistakenly made. I had the 'Improve Siri and Voice Input' setting enabled on some devices. After discovering the bug, we stopped analyzing voice and from all devices affected by the bug. I'm deleting the collected audio. '

The Verge said of Apple's response: 'This bug must clearly warn all users, notify the victims of the bug, and encourage them to keep their devices up-to-date. But instead of doing so, Apple turned down the number of people affected and when the bug occurred, so Apple employees were listening to recordings of their interactions with Siri. There's no way to be sure if it's possible. For now, if you have an iPhone, you should update to iOS 15.2 or later if you haven't. '