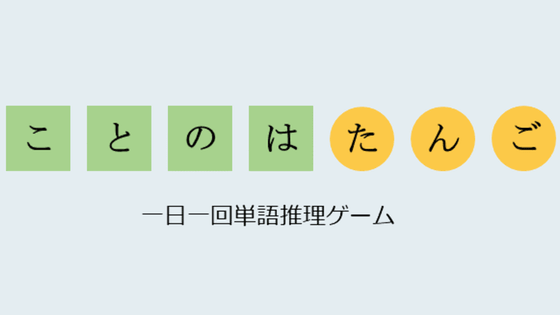 Wordle ', such as Twitter moving to drive out spoiler accounts and the New York Times, a high-end newspaper, making a huge acquisition , but people who do not feel like playing because it is English. There should be many. 'Koto no Hatango', which was developed as 'Japanese version of Wordle ' under the influence of Wordle, can now be played on PC and smartphone browsers, so let's actually try to guess the words. rice field.

In this article, I challenge until I actually reach the correct answer, but the word that is the subject of 'Koto no Hatango' changes daily, and the day when the article was created is different from the publication date. You don't have to worry about spoilers even if you read the article.

When you access the above URL, how to play will be displayed, so click the button in the red frame to close it. 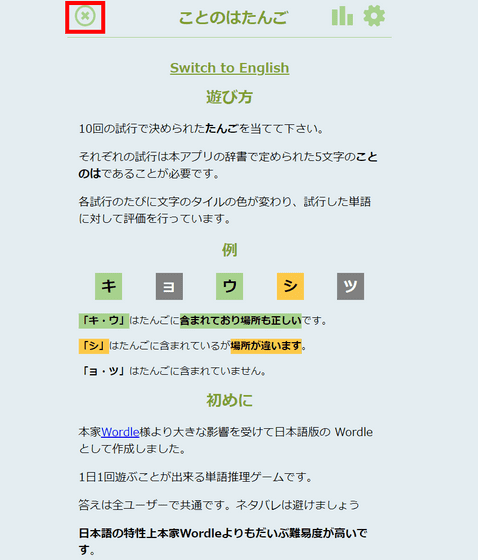 Then, the screen of 'Koto no Hatango' was displayed. First, enter a five-letter word. You can enter it directly from the 'Keyboard input' field, or you can select one character at a time from the bottom. 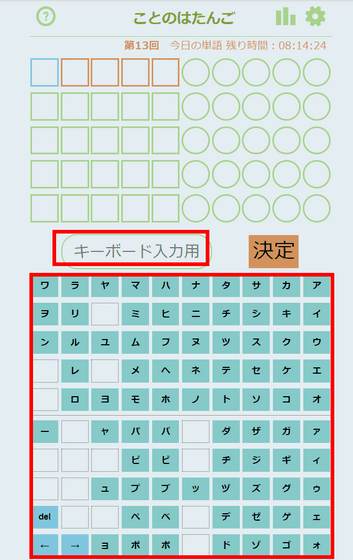 After entering, click 'OK'. In addition, since 'Koto no Hatango' is

designed to ask general words, it seems that it is not necessary to infer very maniac words. 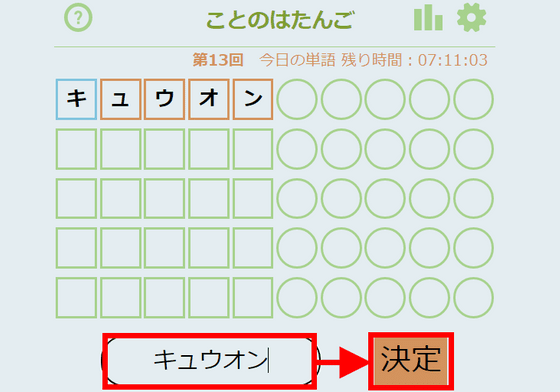 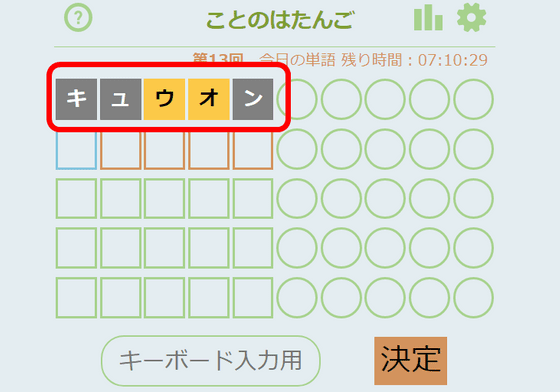 So, when I put in a word that contained the two letters 'u' and 'o', it was displayed in green this time. The answer should be 'Ou ○○○' because green is 'the correct word is included in the correct word and the location is also correct'. 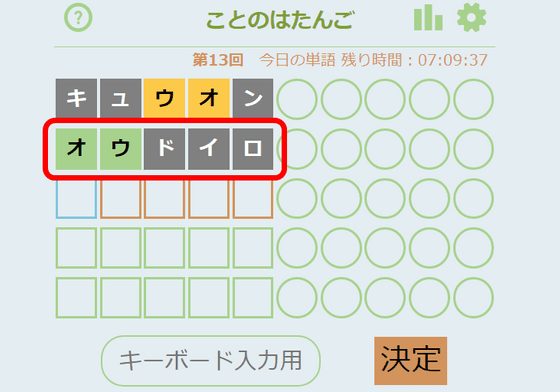 When I entered a word that came to my mind, I narrowed it down to 'Ou * yo'. 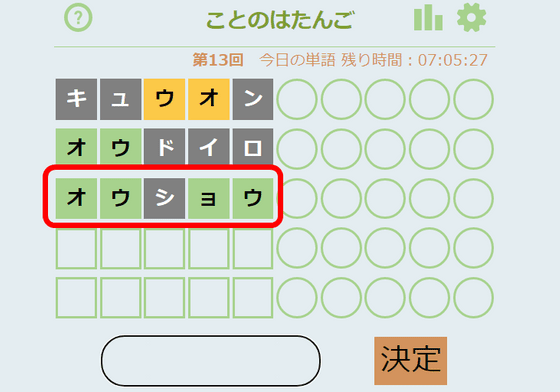 However, even if you enter 'Oujou', it is incorrect. I couldn't think of any other words, so I'll change the tactics and put in words that use letters that I haven't used yet. 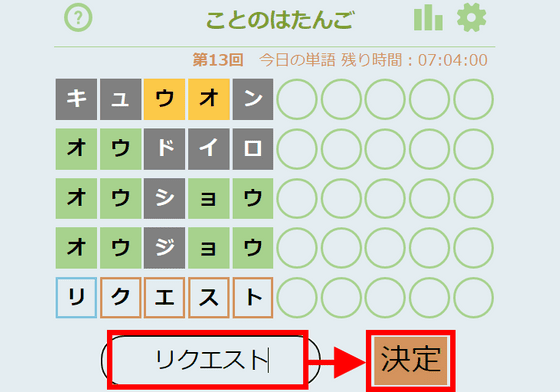 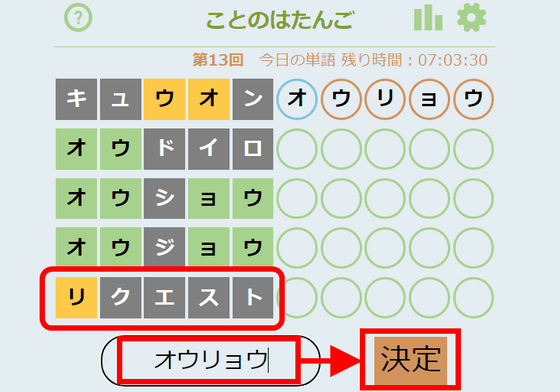 I got the correct answer. 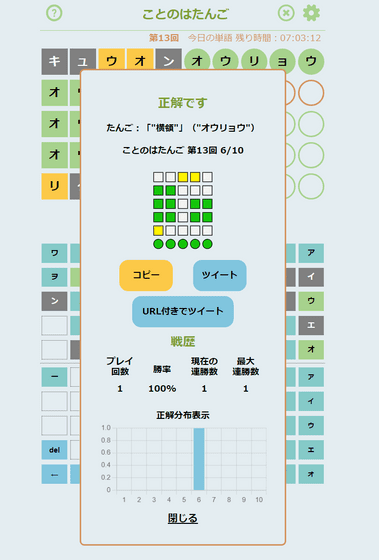 When you click 'Copy', the clipboard will save how you came to the correct answer. 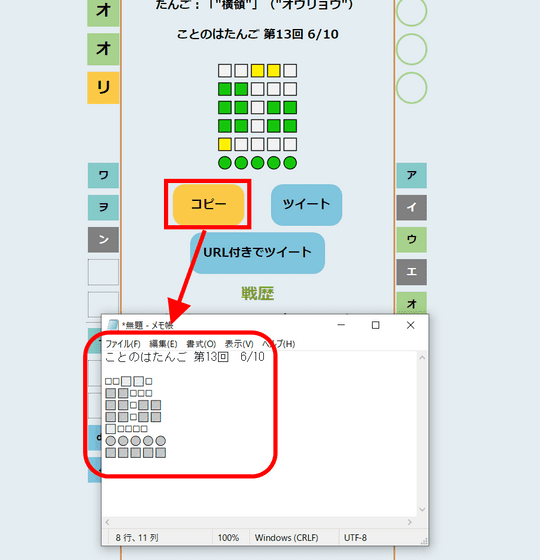 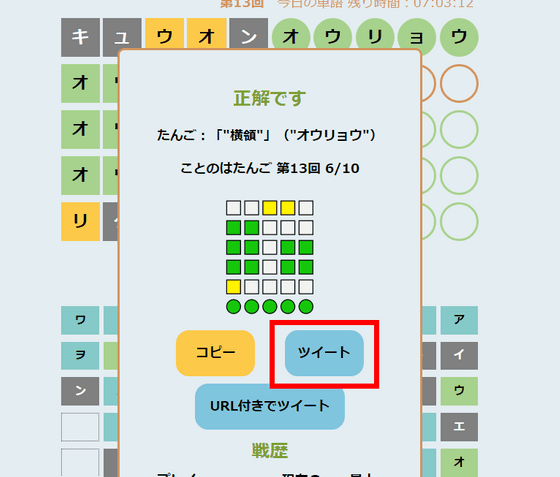 When I actually try it, it looks like this. 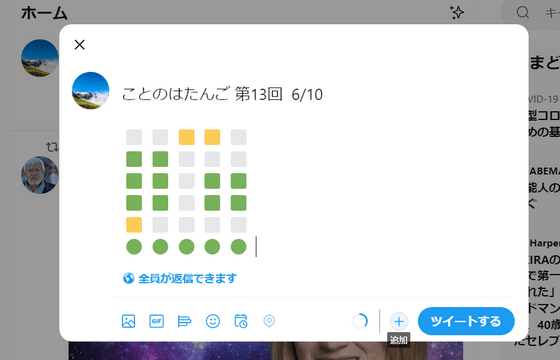 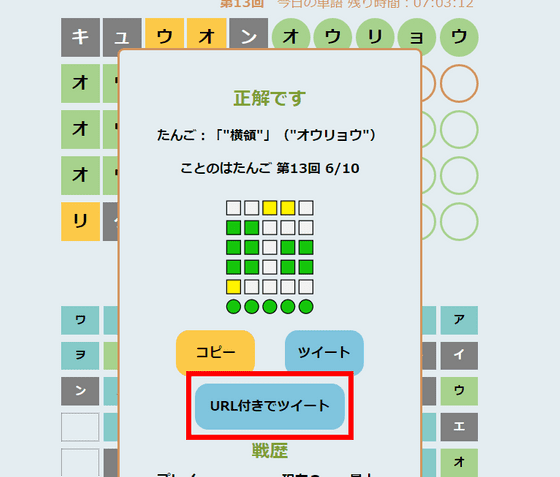 You can tweet with the URL to 'Kotonoha Tango'. 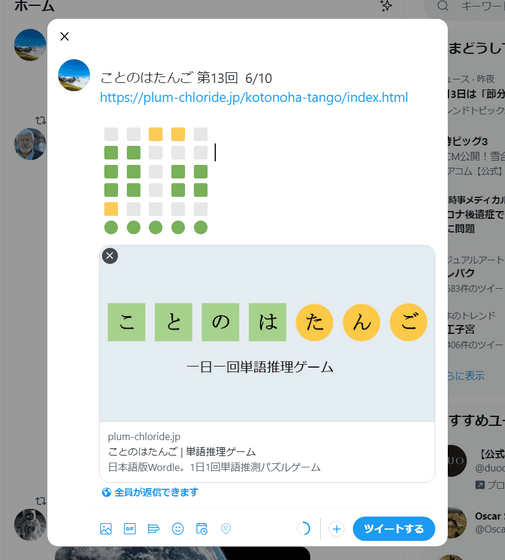 When I actually played it, I found it unexpectedly difficult to think of the corresponding word. The author,

Rikito Onishi , said, 'Initially, I made it from the idea that'Wordle is difficult to come up with English words, so it's easy because it's my mother tongue in Japanese.' It was getting harder, 'he said .

In the article published by Mr. Rikito Onishi in the note, the above-mentioned 'tactics to make words with unused letters' and frequently appearing letters are published, so it is a good hint to read if you get stuck. maybe. 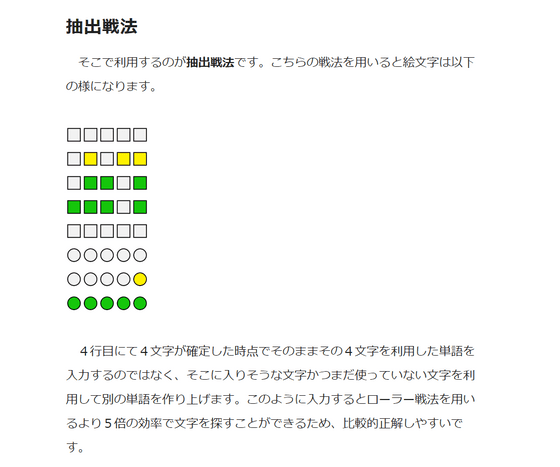