What is the fact that the reverse engineering group investigated the PCR test of tennis champion Novak Djokovic? 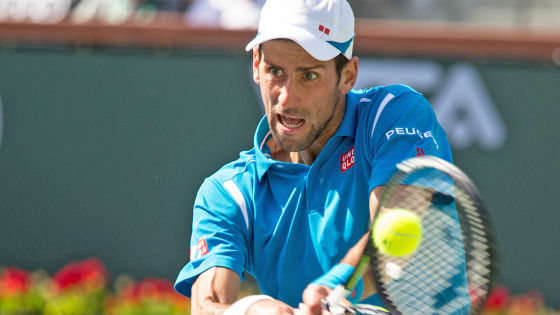 Novak Djokovic , the world's number one player in men's tennis, arrived at Melbourne's airport on January 5, 2022 to compete in the Australian Open, but went to Australia over vaccination with the new coronavirus. I was denied entry. The reverse engineering group zerforschung has published a survey with German news media DER SPIEGEL on the technical reasons why this happened.

Vaccination with the new coronavirus is a condition for overseas travel in many countries, but some countries may be exempt from vaccination if they prove that they have recovered after infection. Djokovic is also considered to fall under this case, and he decided to participate in the tournament after being granted a vaccination exemption by the Victorian government.

Djokovic was infected with the new coronavirus in December 2021 and was once positive in the PCR test on December 16th, but was negative in the PCR test on the following 22nd. However, he was denied entry by Australian authorities due to incomplete vaccination documents at the airport and was transferred to an isolated hotel in Melbourne. In response, lawyers filed a lawsuit in court, and on January 10, an Australian court ordered Djokovic to enter the country.

The survey results released by zerforschung about this are as follows.

First of all, in Serbia, the home country of Djokovic, the results of the PCR test are stored in a place called the 'central test result registry'. After the PCR test, the inspector will be given a paper certificate with a QR code, and when this QR code is read, a web page showing the test results will be displayed. The content of the web page is part of the paper certificate and only shows the inspector's name, test results and inspection number. For this reason, it is not possible to know 'when was the inspection' from the web page. So zerforschung pays attention to the URL of the web page. Then I discovered that the 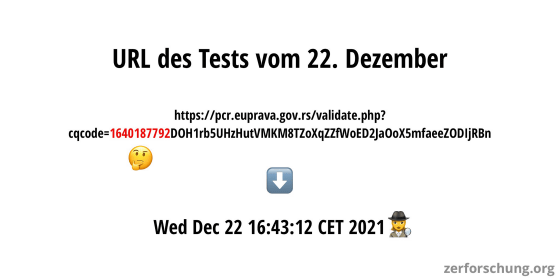 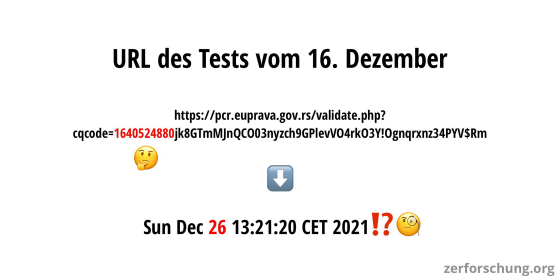 Also, there was a 'confirmation code' on the web page showing the test results. When zerforschung looked at the verification code obtained from another person who had a PCR test in Serbia, he found that the first part of the code was the ascending test ID, which roughly matched the order of the PCR tests in Serbia. That.

Focusing on Djokovic's confirmation code on the premise of this, the test ID '7371999' on December 16th, which showed a positive result, was larger than the test ID '7320919' on December 22nd, which showed a negative result. , It turns out that the time series is inconsistent. 'The tests that were done earlier in time appear to have been entered into the system later,' says zerforschung.

In addition, according to Our World in Data data, 75,000 people were vaccinated between December 16th and 22nd, but Djokovic's test ID number difference between 16th and 22nd. Zerforschung points out that it has been shown that only 50,000 people have been vaccinated.

Zerforschung also mentioned that if the period specified in Our World in Data was December 22-26, it would indicate that 50,000 people had been vaccinated within the period.

In addition, it is known that Djokovic participated in an event where he came into contact with a young tennis player on the 17th, the day after receiving a positive test result, and also investigated by making a false declaration in immigration documents. It is targeted .