In recent years, various conflicts have become more serious both in the real world and online, and many people feel that 'everyone is more angry than in the past.' 'Junk foods and super-processed foods can cause people's anger and anxiety,' said Bonnie Kaplan, a nutrition and mental health researcher and

professor emeritus at the University of Calgary, Canada. I am.

Junk food and the brain: How modern diets lacking in micronutrients may contribute to angry rhetoric
https://theconversation.com/junk-food-and-the-brain-how-modern-diets-lacking-in-micronutrients-may-contribute-to-angry-rhetoric-170863

'We recognize that many of our societies are experiencing'brain hunger'and impair people's cognitive function and emotional regulation,' Kaplan and colleagues said. It doesn't mean that people are hungry and frustrated. Most people in developed countries, including Japan, have adequate amounts of protein, fat and carbohydrates and do not suffer from hunger.

A 2004 study in Canada found that 48% of the calories consumed by all age groups came from super-processed foods, and in the United States children aged 2 to 19 years. 67% of calories is derived from ultra-processed food research results and, even in the adult of the calories derived from ultra-processed foods account for 57% survey results have been reported. While many people recognize that eating habits affect obesity, diabetes, cardiovascular disease, etc., Kaplan and colleagues point out that they are less aware of the effects of nutritional bias on the brain. Many scientific research results have already been reported on the effects of diets biased toward ultra-processed foods and deficiencies in micronutrients on mental health.

Many studies conducted in Canada , Spain , Japan , Australia, etc. have shown that people who eat a healthy, less-processed diet are more depressed than those who eat an unhealthy diet that is biased towards ultra-processed foods. It shows that there are few symptoms of illness and anxiety.

In addition to studies on temporary correlations between diet and mental health, many longitudinal studies have been conducted to investigate long-term effects. A Japanese study that followed a total of more than 89,000 subjects over 10 to 15 years found that people who eat a healthy diet have about half the suicide rate of those who eat an unhealthy diet, and their dietary patterns are at risk of suicide. It has been suggested that it may be involved in the decline of. A Canadian study that followed children over a two-year period also found that dietary patterns differed in the rate of diagnosis of mental illness over the two years.

In addition, some studies have intervened to switch to a Mediterranean-style diet rich in whole grains, fruits, vegetables, nuts, legumes, seafood, olive oil, etc. for people with depression who had an unhealthy diet. .. In this experiment, about one-third of patients who changed their diet to a healthier style in addition to their usual treatment were relieved of depression 12 weeks after the start of the intervention. On the other hand, the remission rate was less than one-tenth in the group who received only normal treatment, and the weekly meal cost was reduced by about 20% in the group who ate a healthy diet. Kaplan said the results help dispel the myth that 'eating super-processed foods saves on food costs.' 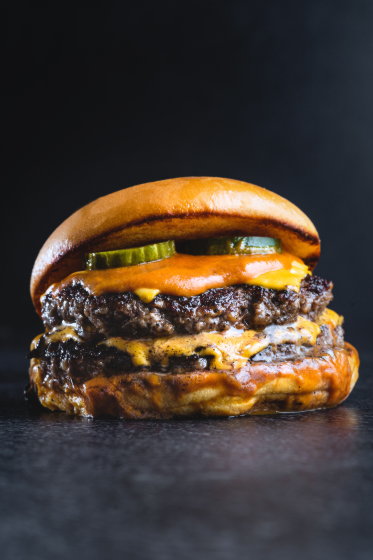 at least 30 micronutrients to control metabolism and produce neurotransmitters such as serotonin and dopamine. Evidence that micronutrient intake can improve psychological problems such as irritation, momentary anger, and unstable mood comes from studies investigating the effects of micronutrient supplements and studies of children with ADHD. Has been obtained.

'The evidence is clear. Well-nourished people can tolerate more stress.'Hidden brain hunger' is emotional outbursts, aggression, and in public. It's one of the factors you can change that affects issues such as rude remarks. '