I tried playing with 'Blob Opera', which allows you to easily sing an opera by operating a moving character. 'Blob Opera ' is a service that allows you to compose your own opera-style music by moving the mysterious and mysterious characters 'Blob'. It's okay if you don't have any knowledge of music, so I actually tried using it.

You can see how you are playing with Blob Opera in the video below.

I played with 'Blob Opera', which allows you to easily sing an opera by operating a moving character-YouTube 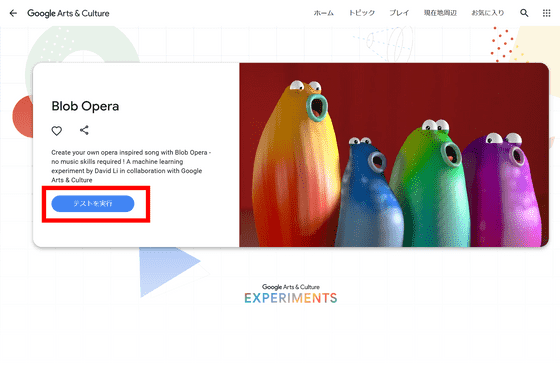 Drag the Blob up or down and the Blob will start singing. 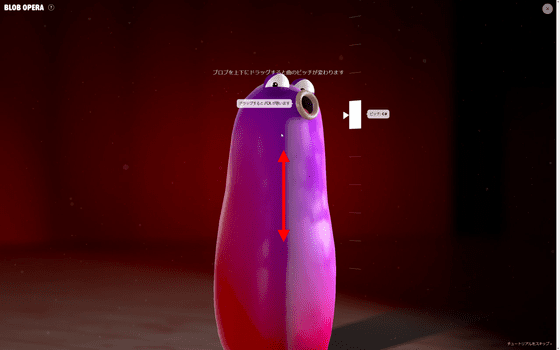 Next up was the tenor part Blob. In addition to the vertical direction, you can also drag in the horizontal direction to change the vowel of the song. Only one part can be moved at a time, but if you move one part, the Blob of the lower part will also sing automatically. The third one that appeared was the mezzo-soprano part ... The fourth one that appeared was the soprano part. The Blob on the left sings a song with a higher range. 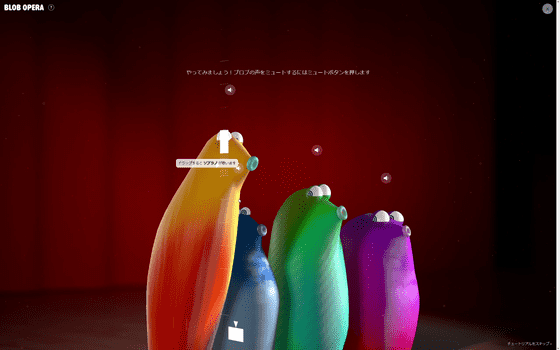 Recording will start. Click the Finish button to complete the recording ... 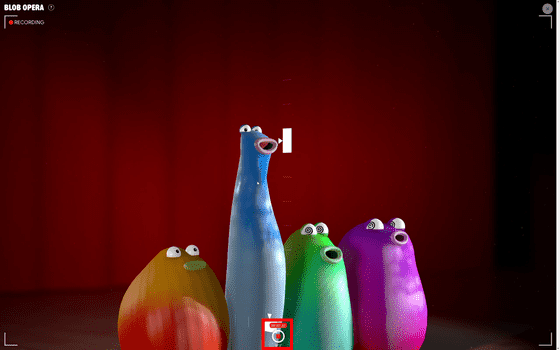 The movement of the Blob during recording is played. 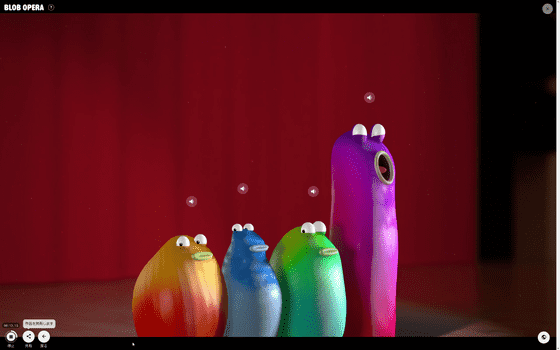 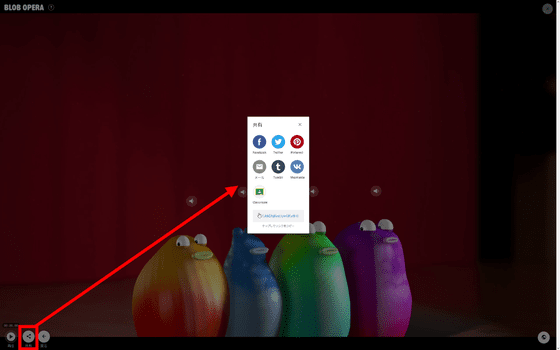 You can also click the globe mark at the bottom right to see some cities in the world. Click on your favorite city ... 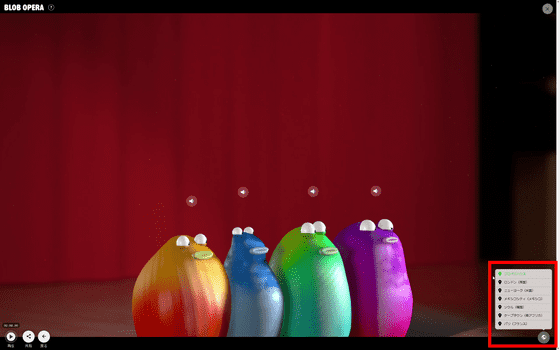 I will move to the stage modeled on that place. Also, the existing songs associated with the city are displayed in the lower right, and you can click to make a part of the song sing to Blob.