Kosovo, facing a power shortage, banned cryptocurrency mining, pointing out that 'there is no legal basis and the method is unknown' 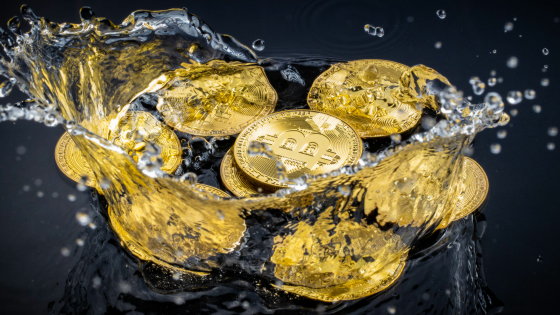 To mine the virtual currency using the computer

mining While that is the business of the more professional of skill in the art would appear, has been, it is problematic to use large amounts of electricity, also power shortage due to mining in some countries It is occurring. Kosovo , located in the central Balkan Peninsula, has announced that it will 'ban cryptocurrency mining' in order to solve the power shortage.

Against this background, miners are setting up bases in countries and regions where electricity prices are cheaper, and are partnering with nuclear power companies in search of clean electricity to avoid criticism of environmental problems. However, it has been pointed out that mining consumes too much power, causing power shortages in areas where power generation facilities are not sufficiently maintained.

For example, in 2021, in Iran , where air pollution caused by large-scale power outages and poor power generation facilities became serious, it was announced that cryptocurrency mining would be banned for a certain period of time to prevent power outages. In addition, power shortages are becoming more serious in Kazakhstan, which has become a popular escape destination from China where cryptocurrency transactions have been illegal, and the Internet was cut off in January 2022, affecting the hash rate of cryptocurrencies.Was reported to have come out. Kosovo in the central Balkan Peninsula also has low electricity prices, so many young people are mining virtual currencies. A miner who was interviewed by Reuters on condition of anonymity pays about 170 euros a month (about 22,000 yen) for electricity and mines using 40 GPUs, and the monthly revenue is about 2400. It is said that it will go up to the euro (about 314,000 yen).

However, since 2021, Russia's natural gas supply has declined, natural gas prices have skyrocketed in Europe, and Kosovo's domestic coal-fired power plants have failed , making Kosovo the worst energy crisis in the last decade. Facing In December 2021, the Kosovo government declared a 60-day emergency and preferentially allocated government funds to energy imports, and introduced measures such as rolling blackouts every two hours. Experts in Kosovo have accused the Kosovo government of a mining ban, saying that it has no legal basis. Arber Jashari, a legal expert based in Kosovo, told

the Balkan Research and Reporting Network (BIRN), which operates Balkan Insight , a media that reports Southeast European news, 'There is no special law to regulate virtual currency mining. Given that, the legal basis for the ban on mining is inadequate. '

Political Scientist Kreshnik Gashi commented on the government's mining ban: 'This is not legal! The government cannot ban activities that are not properly defined or regulated by law. A law is required.' He strongly accused the mining ban of being impossible to implement and merely a PR that attracted the attention of the international media but had no real effect.

As of October 2021, the Kosovo government had said that it would adopt the 'Law on Cryptocurrencies' by the end of 2021 , but the law was not enforced at the time of writing the article. BIRN contacted the Ministry of Economy of Kosovo to ask about the method and legal basis for implementing the mining ban, but did not get an answer.