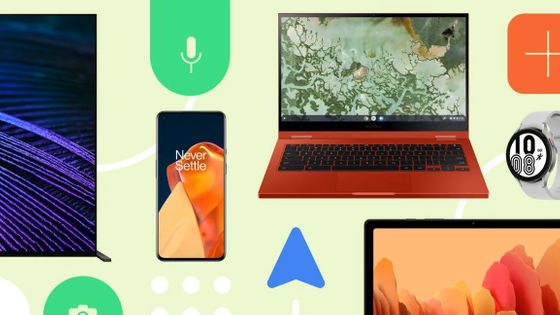 CES 2022: Better together with Android and beyond
https://blog.google/products/android/ces2022-bettertogether/

On January 5, 2022 local time, Google announced the 'Better together' initiative. This Better together expands the cooperation between devices such as 'Fast Pair', a system for easily pairing Android devices and Bluetooth accessories provided by Google since 2017, made by Apple such as Apple Watch and iPhone. Content that is conscious of the cooperation that exists between devices. In addition, this announcement is in line with the holding of CES 2022, and Google has a history of refraining from exhibiting CES 2022 directly due to the epidemic of the new coronavirus infection (COVID-19).

The details of Better together are below. If you click all the images listed below, a GIF movie that shows the flow when you actually use each function will be played.

◆ Expansion of 'Fast Pair' target devices
Fast Pair is a system that Google has been providing since 2017 for easily pairing Android devices and Bluetooth accessories. In this announcement, it was revealed that the Fast Pair will be expanded to Chromebook-earphones, Chromebook-Android, earphones-Google TV, earphones-Android TV, etc. 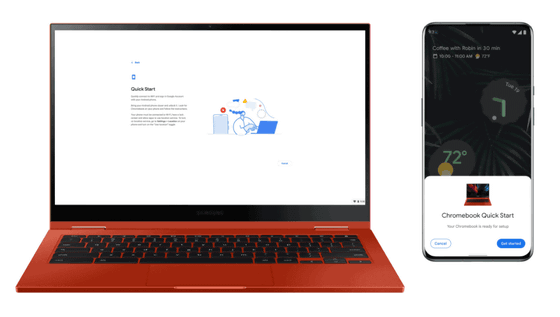 In addition, by incorporating support for

Matter , an IoT device connection standard, into Android, we plan to enable Fast Pair to be used even on smart home devices that support Matter. In addition, by cooperating with PC makers such as Acer, HP, Intel, it has been revealed that a Fast Pair between Windows PC and Android will be realized by 2022. 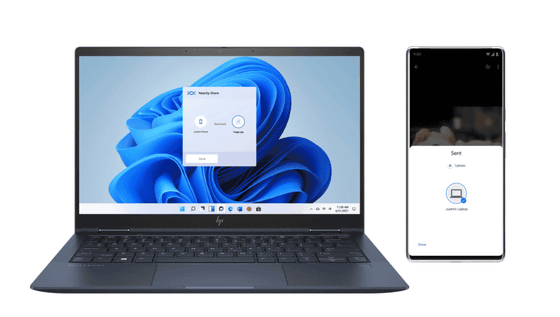 
A system that unlocks Chromebooks on Android devices has already been realized, but we will implement a function to unlock Chromebooks and Android devices on the new smartwatch OS 'Wear OS 3' that appeared in 2021. .. This feature will be implemented within a few months of the announcement, but at the time of the announcement, Samsung's ' Galaxy Watch 4 ' is the only smartwatch that runs on Wear OS 3. announced the ability to use the Google Pixel 6/6 Pro and Samsung Galaxy S21 as the 'key' for compatible BMW vehicles. In this announcement, it is newly revealed that this key can be safely and remotely 'rented' to friends and family. This feature is expected to be available in 2022. 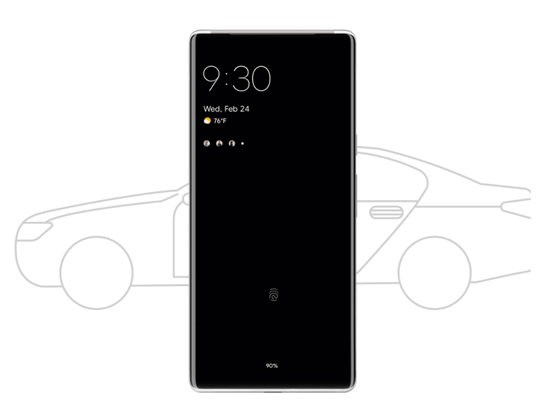 ◆ Headphones 'function to automatically switch connection destinations as needed'
For example, if you receive a call to your smartphone while watching a movie on your Android tablet, disconnect the connection with the tablet while pausing the movie playback & connect to the smartphone to start the call, and when the call ends, again A function to automatically switch the connection destination as needed, such as switching devices to cancel the pause on the movie side, will be implemented in some Bluetooth-enabled headphones within a few months. 
Chromecast allows you to play videos and music displayed on smartphones, tablets, PCs, etc. via Wi-Fi on TVs and smart speakers. Google says that more brands will have Chromecast-built-in devices, especially for audio brand Bose, which will be available on all Bose smart speakers and all soundbars.

◆ Enhancement of 'Phone Hub'
Phone Hub is a function that works with Android devices installed in Chrome OS. Even at the time of announcement, Phone Hub can switch silent mode from Chromebook, turn off ringtone, etc., but it is expected that 'the function to operate the chat application of Android terminal from Chromebook' will be implemented by 2022. 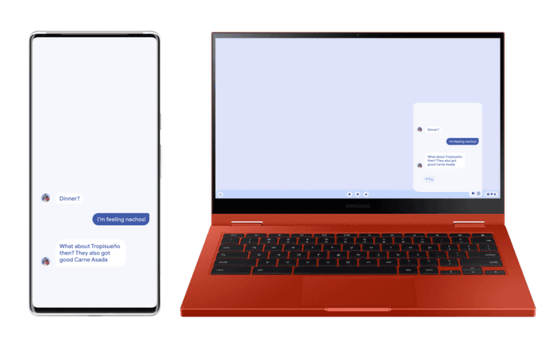