Seven new facts about animals discovered in 2021, such as 'Spiders prey on snakes that are 30 times larger than themselves' 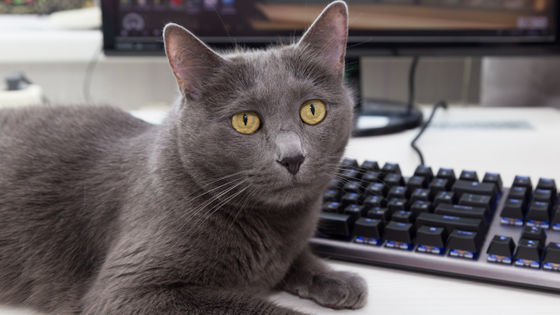 It was a year of suffering from the epidemic of the new coronavirus infection following 2020, but animal research has progressed over the past year, revealing many new facts that were unknown until now. Science News, a scientific media, picks up and introduces seven new discoveries and new research related to such animals.

◆ 1:Nudibranch that separates the body including the heart and regenerates it completely
Nara Women's University's Kiyoka Mitsuto and others reported on the sea slugs 'Konohamidorigai' and 'Kuromidorigai', which separate their torso and become only the head, and then completely regenerate the torso. Among these sea slugs, relatively young individuals started eating algae immediately after autotomy, started heart regeneration within 7 days, and completed whole body regeneration within 20 days. It has also been recorded that the detached torso also continued to move for days to months in response to tactile stimuli. It is believed that these species autotomize their torso in order to eliminate parasites in the body that interfere with spawning.

You can check the actual video from the following.


◆ 2: The squirrel considers the flexibility of the branches when jumping
It became clear that squirrels jumping from tree to tree emphasized the bending of the branches that were caught just before the jump, rather than the distance to the landing point. Experiments with artificial athletics have confirmed that squirrels can learn how to bend their branches and land well with just a few exercises.

◆ 3: A spider that eats a snake that is 30 times the size of its own
Spiders are known to eat mainly insects, and in some cases frogs, but some species can eat snakes that are much larger in size than themselves. Martin Nifera and colleagues of the University of Basel examines the predation cases of snake by the 319 Spider, that there is a case in which 11 species eat the snake was confirmed . The image below shows a scene in which a spider with a body length of 0.6 to 1.1 cm is trying to prey on a snake with a body length of about 30 cm. ◆ 4: Existence of insects swimming upside down under the surface of the water


John Gould and others at Newcastle University confirmed that a type of aquatic insect, Hydrophilidae , sneaks upside down into the water and kicks the surface of the water from the underwater side to swim. It is said that this hydrophilidae creates a layer of air in the abdomen and waters it with its hydrophilic feet to move. Gould and colleagues consider that this behavior may have escaped predators.

You can check the actual video from the following.


◆ 5: Superb lyrebird that emits multiple sounds at the same time
For the first time, it was observed that a superb lyrebird, known for imitating various sounds, emits multiple types of sounds at the same time. Anastasia Darjeel and his colleagues at the Australian National University conducted an acoustic analysis of the barking of a superb lyrebird, and found that the superb lyrebird was making warning sounds and flapping sounds of other birds at the same time. When I tried playing this sound, I also found that it was so reproducible that other birds mistakenly thought it was a real warning sound. The lyrebird made this sound only during mating or when the female interrupted the courtship, but it is unclear if it will help the mating to resume.

◆ 6: How a spider lifts food that is 50 times its own weight
Tangle web spiders are known for their unique threading when hunting large prey, and this phenomenon was first quantified . It is said that spiders of the Tangle web spider can lift even large prey by intentionally stretching the thread loosely and using the movement of the prey, and these are newly shown mechanically.

◆ 7: Polar bears using weapons
Research has shown that the story of 'polar bears throwing ice and stones to kill walruses' that has been passed down among the Inuit is likely to be true. Researchers have concluded that polar bears are more likely to use weapons, based on observations of polar bears in the wild and zoos and surveys of Inuit, and polar bears join the ranks of 'tool-using animals' in addition to crows and chimpanzees. It turned out that it seems to fulfill.