'Squid type diving drone' is born, move like swimming in the water with uneune moving fins 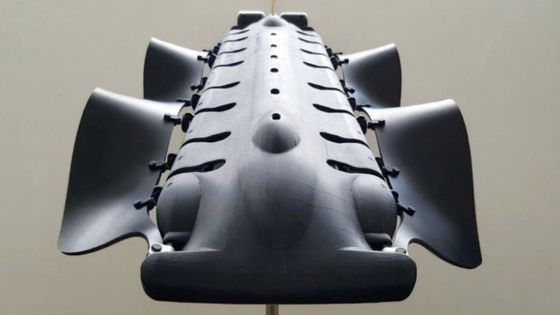 Pliant Energy Systems , a marine engineering company based in New York, has announced the 'Velox' diving drone that was inspired by the movement of squids. In addition to achieving energy efficiency three times that of a general propeller-powered drone, it is said to have excellent durability.

Below is a movie that you can understand at a glance what kind of drone Velox is.


This is the squid type diving drone 'Velox'. 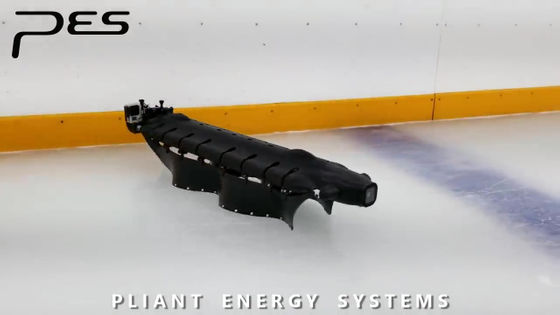 The biggest feature is the wavy fins provided at the bottom of the main body, and in the opening scene, these fins are moved freely on the ice, and while the main purpose is to explore the ocean, it also corresponds to land. It looks like they are there. 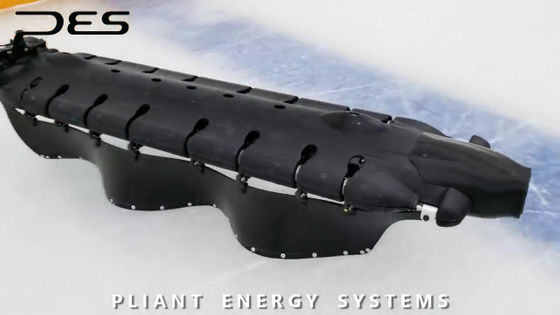 On rough terrain such as on the snow or the seabed, run with the fins wide open. Many of the propellers installed in conventional diving drones basically protrude greatly, and there were cases where they were damaged by hitting or getting caught, but this fin is less likely to come into contact with obstacles in shape. In addition, because it has flexibility, it is not easily damaged even if it collides. 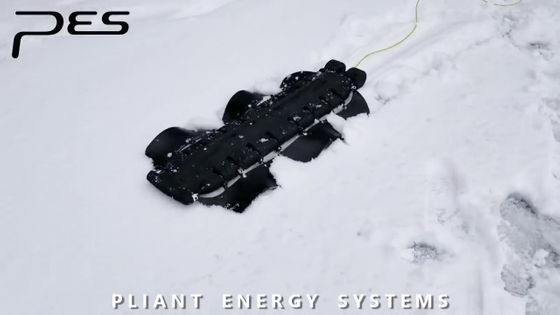 From the side, you can clearly see how the fins move. The thrust generated by this fin is three times as energy efficient as the propeller installed in a small boat. 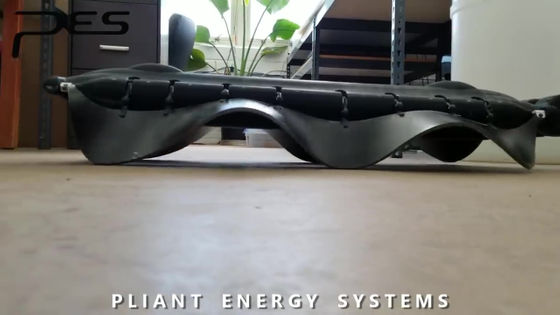 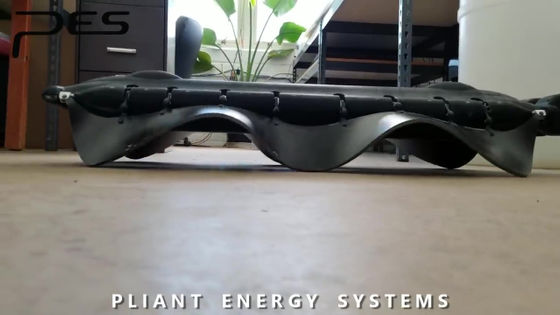 The operation test in the sea starts

around 26 seconds of the movie. 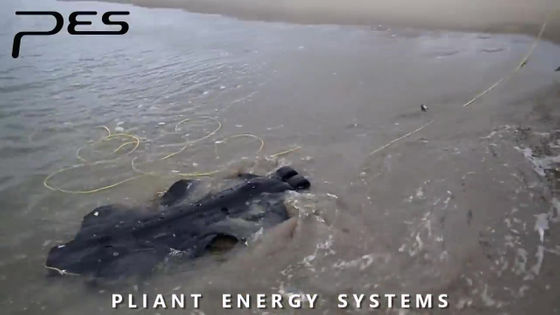 Velox swimming in the sea looks almost like a living thing because of its fin movement. 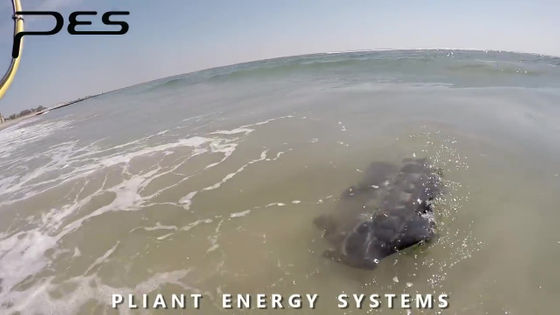 According to Benjamin Pietro Philald, CEO of Pliant Energy Systems, when he showed Velox to the Office of Naval Research, he was asked to develop an aircraft that was faster and lighter than Velox and was compatible with radio control. matter. Velox is less noisy than propeller-type drones and harder to find, so the improved version of Velox ordered by the Navy Research Bureau may be used not only for deep-sea exploration, but also for seafloor patrols and mine clearance.

CEO Filald cites the blue whale as an example of a creature that swims with fins, claiming that the fin propulsion mechanism is also suitable for upsizing. He also said that he is working on the idea of 'implementing a mechanism to charge by ocean current' in the fin part, and showed motivation to realize the future that a huge diving drone equipped with a fin that moves uneune quietly swims in the sea.