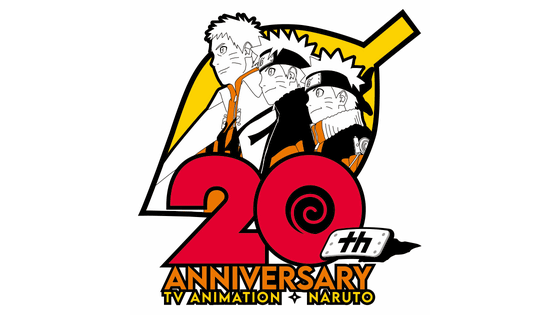 The anime series of the popular ninja action manga 'NARUTO ', which was serialized in 'Weekly Shonen Jump' from 1999 to 2014 and completed in 72 volumes, will celebrate its 20th anniversary from the start of broadcasting, so '

Jump Festa' In '2022', a special digest PV for the 20th anniversary was announced.


The 20th anniversary logo is a combination of Naruto from three eras.

And as the 20th anniversary teaser visual, a visual that Naruto as a boy sitting on a swing and Naruto who became the 7th Hokage are drawn side by side is announced. In addition, the latest key visual

of 'BORUTO-NARUTO NEXT GENERATIONS ' being broadcast on TV Tokyo series is also unveiled.