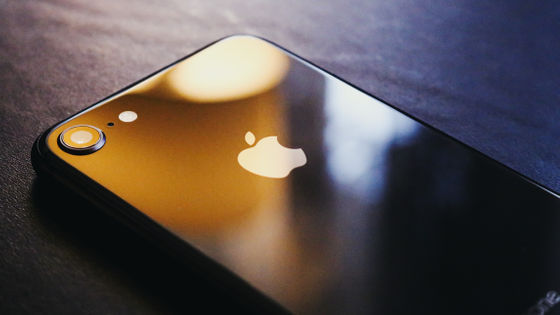 On November 23, 2021, the Turkish lira showed a record plunge of 'temporarily depreciating 15%' in just one day in response to a statement tolerating the depreciation of

Turkey's President Erdogan. In response to this move, Apple has stopped over-the-counter and online sales in the country.

The Turkish lira has been hitting record lows every day since mid-October 2021, but the central bank of Turkey has a total of 4% from September to November, despite the situation where monetary tightening would normally counter inflation. The interest rate was cut. In response to this move, while the currency continued to decline for 11 consecutive days until November 23, President Erdogan said in a speech on the 22nd, 'Economic policy focusing on investment, production, and employment rather than the vicious cycle of high interest rates and currency depreciation. It is necessary, 'he said, justifying the central bank's rate cut, suggesting that it would continue its accommodative monetary policy. In response to President Erdogan's remarks, the Turkish lira, which had been firing the lowest prices in history, plunged further. It showed a decline of 'more than 15% compared to the previous day' in terms of dollars.

Apple responded quickly to this move. Following the plunge in the Turkish lira after President Erdogan's remarks, Apple stopped both over-the-counter sales and online sales. Even if you go to the Apple Store in Turkey, it is said that 'sales will resume after the exchange rate stabilizes', but people seeking the company's products and services are lining up in front of the store. ..

In the online store as of November 24, when trying to add a product to the cart as shown below, 'Transfer: Currently Not Available' is displayed. 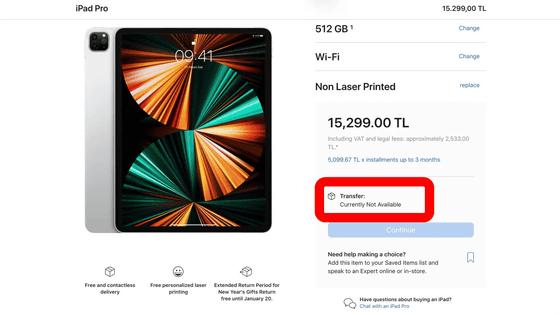 Turkey imposes a tariff of about 79% on devices made in other countries such as Apple under the pretext of 'supporting domestic brands', and until now it was better to import iPhones etc. individually. However, following the record depreciation of the Turkish lira against the dollar mentioned above, it is said that the situation has switched to 'it is cheaper to buy an iPhone in Japan'.